MotoGP switches back to F1 track layout at Barcelona

MotoGP will revert to Barcelona's Formula 1 layout for the remainder of the Catalunya Grand Prix weekend, dropping the new chicane that was installed for its use

The circuit configuration was changed mid-event last year, to the F1 variant, to bypass the corner where Luis Salom's fatal Moto2 accident occurred during Friday practice.

That was viewed as a temporary measure, primarily given the proximity of a wall on the riders' right approaching Turn 14, and a new chicane was installed earlier this year.

But riders have criticised the new Turn 14-15 complex, initially Jorge Lorenzo following a test last month and then Maverick Vinales at the end of Friday's two practice sessions.

Following further discussions during the riders' regular Safety Commission at Barcelona on Friday evening, the new chicane has been dropped.

Speaking before the decision was made, Yamaha rider Valentino Rossi explained there was a provision to change the layout based on rider feedback.

"Last week in Mugello, already a lot of riders wanted to make the standard one, the F1 chicane," he said.

"They said to us, 'Friday you try, and Friday night we decide together'.

"So we hope that they are open to go to the F1 track." 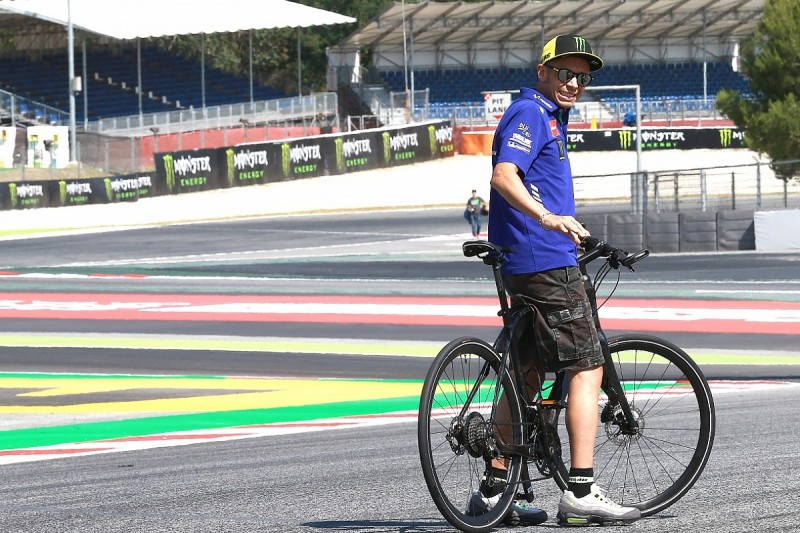 Lorenzo maintained his assessment that the chicane was "quite bad" after practice, but conceded he did not expect the layout to change.

"I am one who is not clear if we made the right [decision] in terms of safety to create this modification of the track," he said.

"Firstly for hard braking, if you are following the one in front and make a mistake on braking, it's almost impossible to avoid a collision.

"If you lose the front in the first corner on the left, and you crash, you stay near the track and the other ones can go over you.

"This worries me a little bit, but I don't think they will change anything. We just hope that nothing happens."

Marc Marquez has been stripped of his fastest lap time set during Friday's second practice session, although his second-best time ensured he remains the quickest rider of the day.

His time of 1m44.295s was cancelled as he was deemed to have set it riding at racing speeds through double-waved yellow flags, meaning he is now credited with a best of 1m44.478s - 0.222s faster than second-placed man Lorenzo.

Marc VDS Honda rider Tito Rabat was also penalised for the same offence, dropping him from sixth to 20th in the practice two timesheets.