Francesco Bagnaia topped Friday practice for Ducati at the MotoGP Spanish Grand Prix. Here’s how and when to watch qualifying from Jerez.

Ducati’s Bagnaia edged MotoGP world championship leader Fabio Quartararo for top spot in FP2 with a best lap time of 1m37.209s, putting him 0.178s ahead of the Yamaha rider.

With the majority of the MotoGP pack going for a late time attack at the end of the afternoon session, Aleix Espargaro impressed for Aprilia to take third place ahead of SRT Yamaha’s Franco Morbidelli on the ‘A-spec’ bike, as factory Yamaha rider Maverick Vinales completed the top five.

Takaaki Nakagami led the Honda charge in sixth on his LCR machine, in front of KTM’s Miguel Oliveira and Suzuki’s Alex Rins.

Honda’s Marc Marquez, who returns to the track where he suffered his season-ending injury last year, did not opt for a late qualifying-style run and thus languished down in 16th place at the end of FP2. 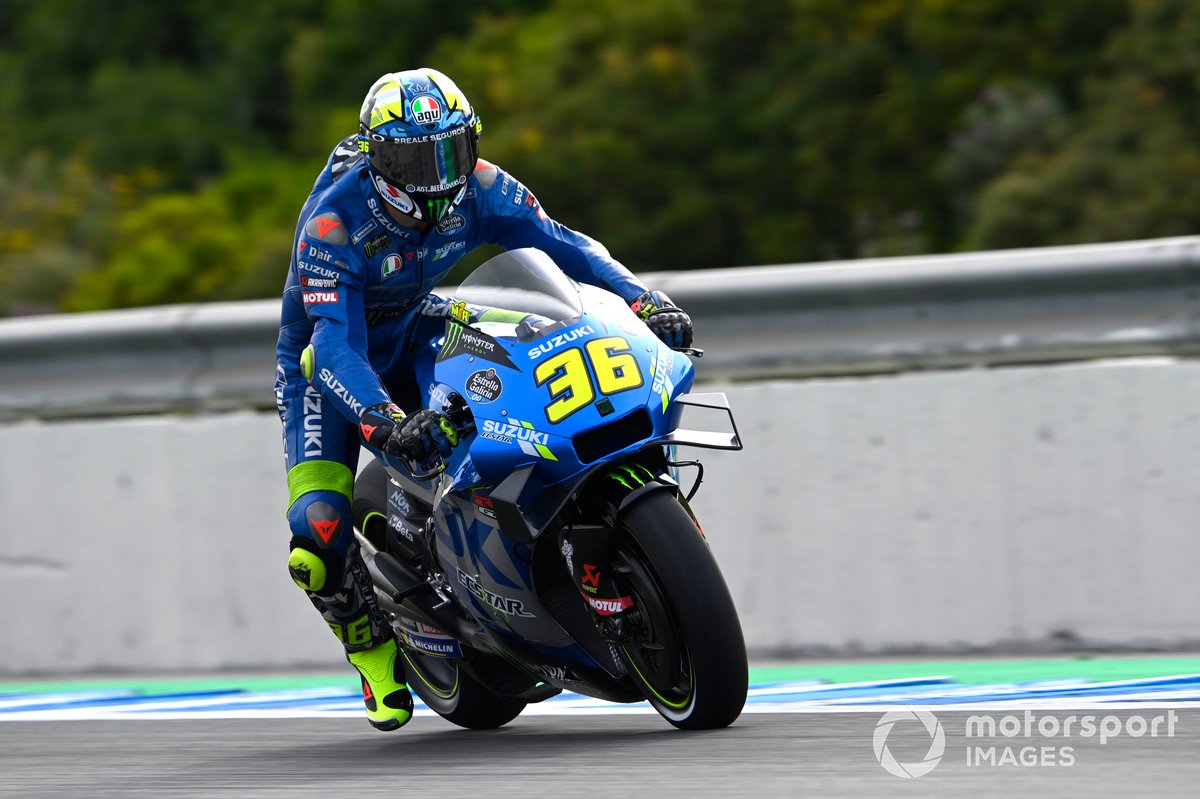 What time does qualifying start for the Spanish MotoGP?

Spanish MotoGP qualifying will be broadcast on BT Sport 2, with the programme starting at 11am BST to also cover qualifying for the Moto3, Moto2 and MotoE classes.

MotoGP qualifying will take place after Moto3 but before Moto2 and MotoE this weekend to avoid clashing with the Formula 1 Portuguese GP.

Dry, clear and sunny weather conditions are forecast for qualifying at Jerez on Saturday afternoon, with a very low chance of rain and a high of 20 degrees Celsius – the same conditions as qualifying for the Portuguese GP last time out.

Marquez had "no problem" mentally at Jerez MotoGP crash corner