Leading MotoGP riders believe the wet FP1 on Friday at the Dutch Grand Prix should have been red-flagged due to “dangerous” levels of standing water on track.

While there were only two crashes in FP1, a number of riders ran off track as they got caught out by the conditions.

The track improved in the second half of FP1 as the rain eased and lap time gains were found, but many riders believe the session should have been stopped on safety grounds as they experienced aquaplaning at various points of the track.

“Unrideable, this was over the limit for me,” KTM’s Miguel Oliveira said. “The start of FP1 was unrideable, I could not even see the lights on the back of the riders.

“Definitely to go alone was hard with the aquaplaning, and to race for sure it was impossible.

“For sure this is over the limit. At the end of Moto3 it was quite OK, but looks like in our session though you might not feel the rain, there was a lot of standing water.

“But at this point in the middle of the practice just to stop and say, ‘I’m not going out anymore’, also because the second part was getting better and better, it’s tricky for us to stop.” 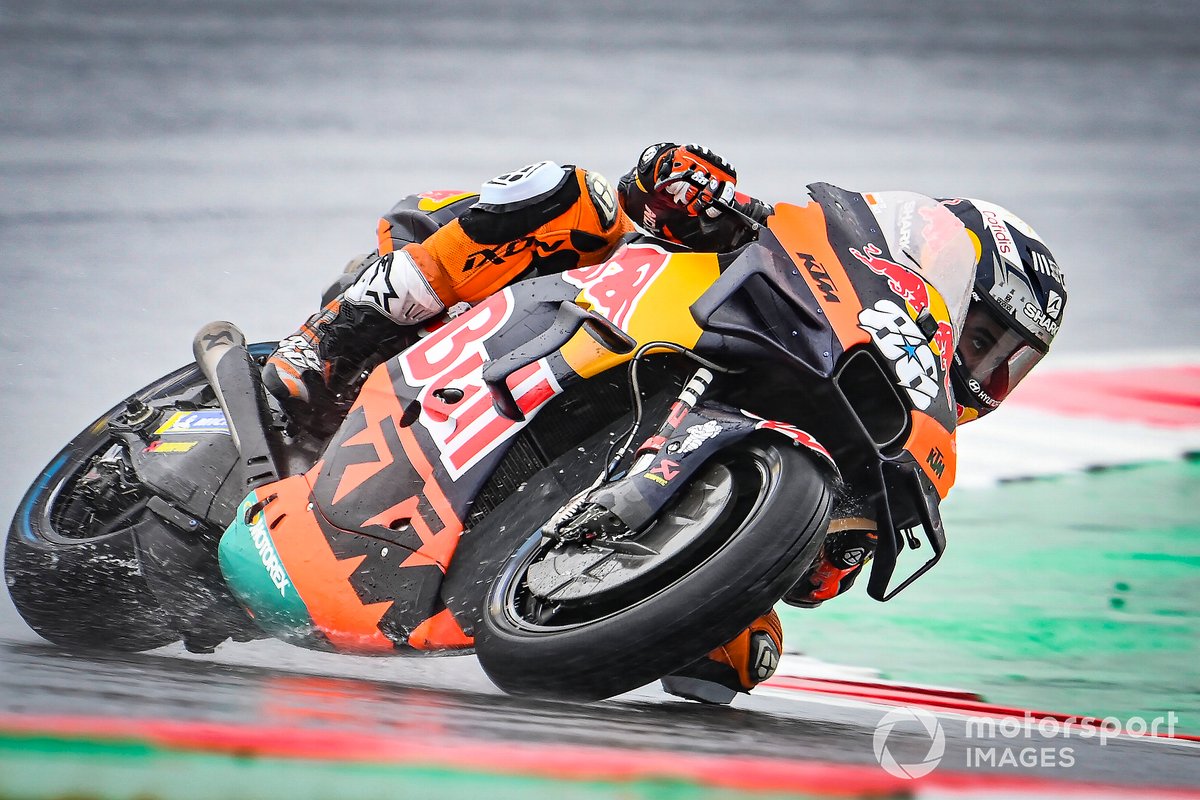 Aprilia’s Aleix Espargaro added: “100%, it was a red flag. It was a full red flag, for at least 15 minutes. I had aquaplaning in at least four parts of the track.

“I stopped in the garage because I didn’t want to crash. On the straight I was aquaplaning, 8/9 a lot of aquaplaning, and the back of the circuit.”

Suzuki’s Joan Mir also noted that, should Sunday’s race be run in similar conditions, the grand prix “will be dangerous”.

Championship leader Fabio Quartararo also agreed that track conditions were over the limit in the first half of FP1, and noted that when others are able to improve their lap times the rest will be forced to go out and do the same – so race direction must intervene.

“This morning, when you do aquaplaning on the straight in fifth or sixth gear, nobody really sees this,” Quartararo said.

“When I stopped in the box, I said, ‘This is really dangerous’. Then, on the corners it was OK. But if someone crashed just here it was another story, but I’m not a steward.

“If it’s dangerous and people are improving, of course you need to go and improve. 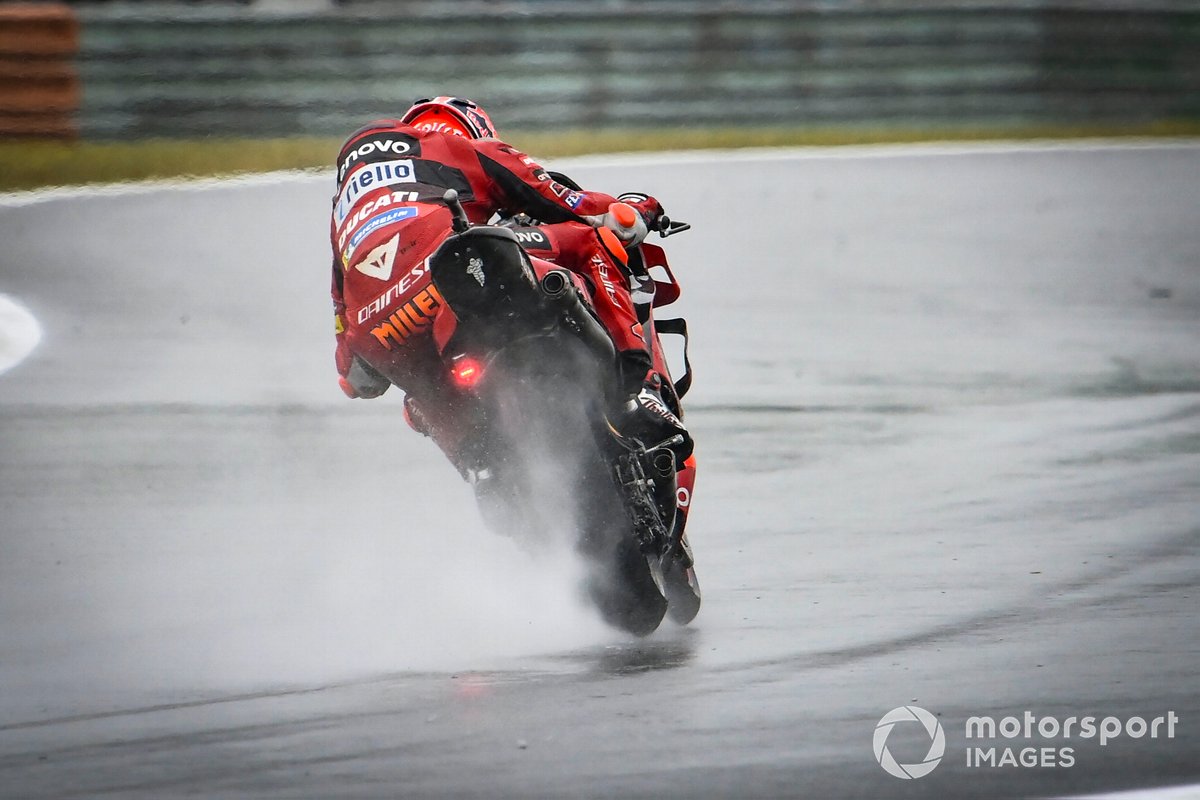 Miller didn’t agree with this view point, stating that anyone who didn’t feel comfortable riding in the conditions should have just stayed in their garages.

“Before I pitted it was getting pretty dodgy out there, a lot of standing water,” he said. “There’s a lot of camber on the corners, and it holds a bit more water.

“So, that was getting a bit more dodgy. Everything else felt fantastic. Aquaplaning, you can’t avoid, you can’t do much when it happens.

“But the rest was good, the grip’s definitely a lot better than it used to be around here in the wet. I think you can tell that from the number of crashes and the times were really quick.

Dorna Sports issued a clarification from Race Direction on why it didn't red flag the FP1 session at Assen when conditions were at their worst.

"The conditions in FP1 were discussed in the Safety Commission.

"It was the consensus of the Safety Commission that a rider chooses whether to ride or not in an FP session in marginal conditions. Rider comments about track conditions are intended as, and are valued as, vital information in case similar conditions are found in the race.

"Conditions in FP1 were rideable, demonstrated by a number of riders improving their lap times during the session.

"Discussions in the Safety Commission regarding conditions, and feedback from riders, is of utmost importance to Race Direction in order to inform future decisions.

"This is especially vital for sessions such as the race, when it is not at a rider’s discretion when they exit pitlane."