A difficult pre-season testing perid carried over into the first qualifying session of the season at the Losail circuit, with Vinales starting 12th after setting the slowest time in the second part of qualifying.

He slumped to 15th in the opening laps of the race after a poor start, but the 2017 race winner staged a recovery from there and fought his way back up to sixth, showing impressive pace in the second half of the race.

Vinales was already happier after set-up changes to his bike on Saturday - which he declared had rendered his pre-season "useless" - and said after the race that the modifications had transformed his feeling on the factory Yamaha.

"In 20 laps I felt better than in all the tests, maybe the last six months, with the bike," said Vinales.

"We followed a little bit of the way I wanted the bike and we improved so much, especially in rhythm.

"In the tests we didn't try many starts. I was not focussing on having a good bike on the starts, so the start was really bad.

"For the first couple of laps with the electronics I didn't have enough power.

"Now we've recovered the feeling on the bike quite well, especially in the race. Now we have to work in other areas." 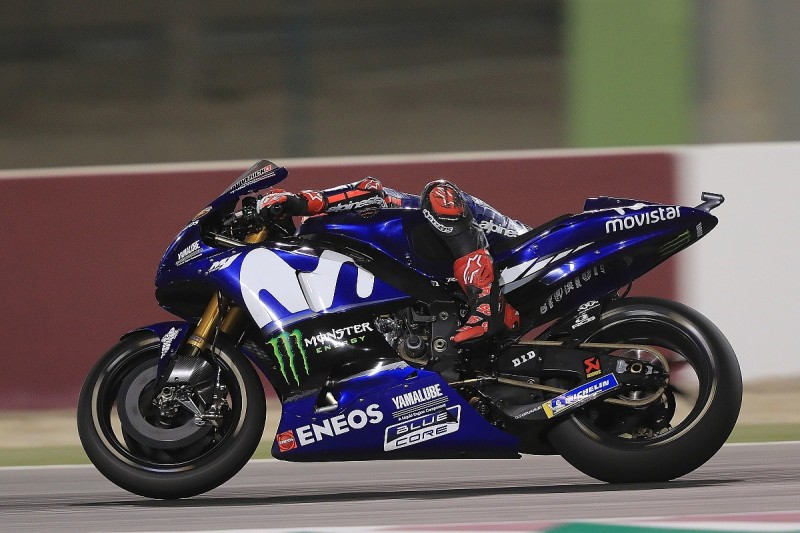 Vinales explained the changes made by Yamaha were to do with the stiffness with the bike, which made him more comfortable on the M1.

"Especially from the edge of the engine, they made the bike more stiff," he said.

"It's something I like, [as well as] harder springs in the front.

"We found a good set-up, but we can still improve, looking more at my way of riding. Also we have to focus on the start and on one-lap pace."

He added: "When you finish the race like that, you want the next weekend to be the next race. I'm quite motivated.

"I felt if I was in the front today, I could have a chance to win the race. So I'm happy the team did great a great job, especially on Saturday afternoon."