Unlike in previous years, there was no testing held on the Losail International Circuit ahead of this weekend’s season-opener.

And with FP1 being held in daylight, FP1 was largely an exercise in track cleaning – though lap times were fairly solid for the conditions.

There was early drama for RNF Racing rookie Darryn Binder – who makes his MotoGP debut straight from Moto3 this year – when the bellypan on his 2021-spec Yamaha broke and was dragging along the ground in the opening stages.

Aprilia’s Aleix Espargaro led the early salvo of laps with a 1m56.225s, which he improved as the session clicked into the 10-minute mark with a 1m55.378s.

This would stand as the benchmark until the final eight minutes when 2020 world champion Joan Mir went to the top of the times on hard tyres with a 1m53.371s.

This would be surmounted by Suzuki team-mate Alex Rins a few minutes later, with the Spaniard electing to run fresh soft front and rear tyres.

The three-time MotoGP race winner went top with a 1m55.278s, which he improved by 0.001 seconds on his following tour. 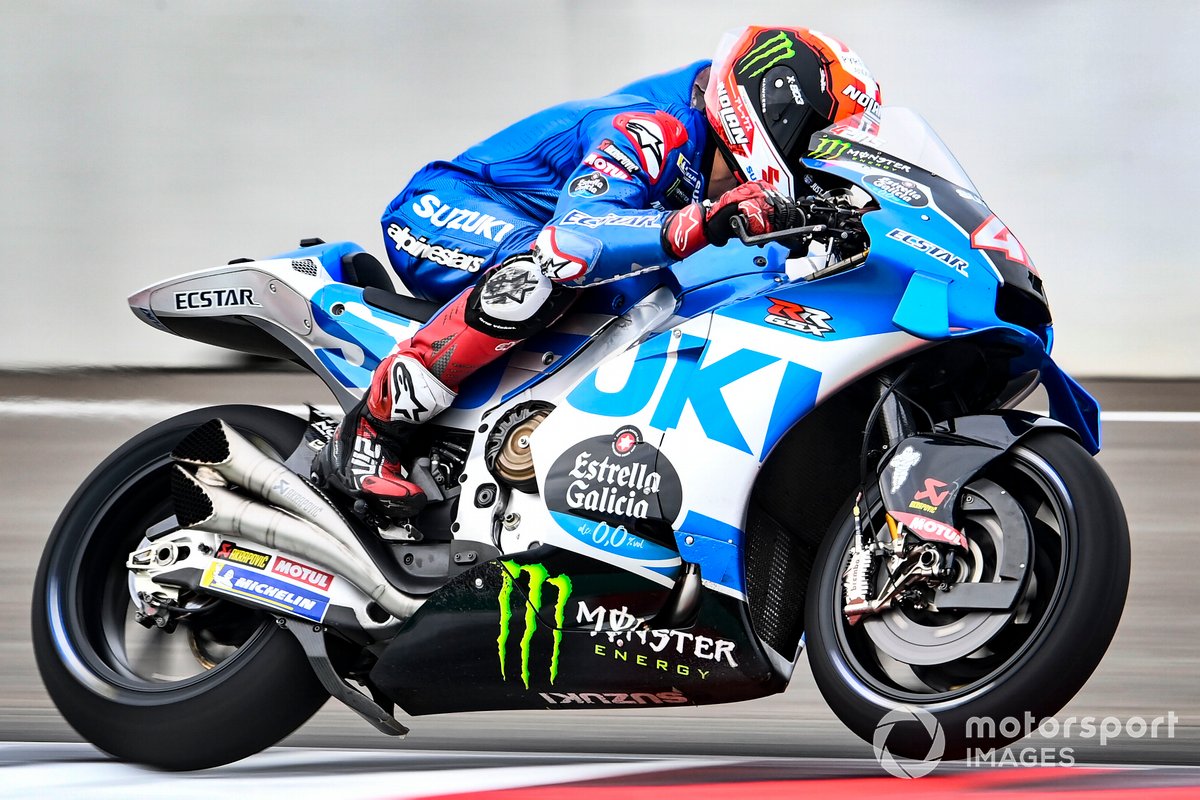 But this would not stand as a number of riders fitted with fresh rubber – though only Rins remained on softs – with Honda’s Marc Marquez taking over top spot, before immediately being deposed by LCR Honda’s Takaaki Nakagami.

Rins completed the top three, while Pol Espargaro jumped ahead of team-mate Marc Marquez on the factory team Honda.

Top Yamaha rider was Franco Morbidelli in sixth with a 1m55.294s, while world champion team-mate Fabio Quartararo was 11th – 0.749s off the pace.

Trailing Quartararo was Pramac’s Jorge Martin and the first of the factory team Ducatis of Jack Miller in 13th. 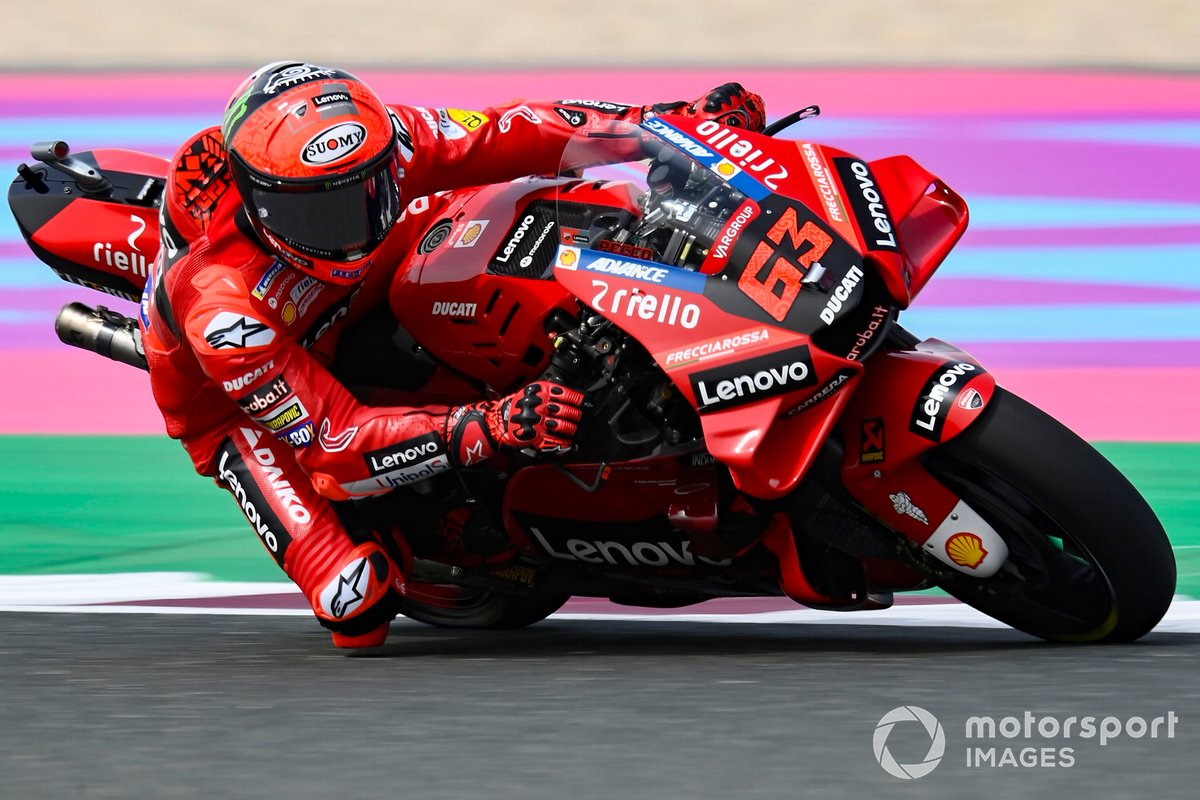 Ducati made the first bombshell announcement of 2022 when it was revealed on Thursday by Autosport that its factory riders Miller and Bagnaia had gone back to an updated 2021 engine for the rest of the new campaign.

Earlier on Friday team boss Davide Tardozzi refuted claims that Bagnaia had discarded the 2022 engine, instead noting that the updated 2021-spec was simply better suited to his riding style.

Bagnaia suffered an odd front-end crash at the Turn 6 left-hander five minutes from the end, with the incident leaving him down in 18th behind Pramac’s Johann Zarco, RNF Yamaha’s Andrea Dovizioso and the Aprilia of Maverick Vinales.

Gresini rookie Fabio Di Giannantonio became the first crasher of 2022 when the Moto2 graduate fell at Turn 3 with 16 minutes remaining.

He was 22nd at the end of FP1, with reigning Moto2 world champion Remy Gardner fastest of the rookie crop in 19th on his Tech3 KTM – 1.411s off the best pace.