Ducati boss Davide Tardozzi says it is “b*******” Francesco Bagnaia discarded the marque’s 2022 engine for the season and was simply given a better-suited specification.

On Thursday evening ahead of the 2022 season beginning with the Qatar Grand Prix, Autosport reported that Bagnaia and factory Ducati team-mate Jack Miller had gone to a 2021-spec engine.

In testing in Malaysia Ducati brought three different specification of engine for Bagnaia to test: a 2021, a 2021 evolution and the 2022 version.

With the 2022 engine reportedly having aggressive power delivery, Bagnaia – and Miller by extension because of the technical regulations – has gone back to an older engine specification to race with for the new campaign.

But Tardozzi says Bagnaia “didn’t say the 2022 engine was wrong”, and the decision simply came about because the evolved 2021 engine is better-suited to both Bagnaia and Miller’s riding styles.

“I don’t know why people speaking about Ducati every time is blaming [us],” Tardozzi told motogp.com.

“The other guys were happy about a different spec, and that’s what happened.

“We know that another company [Honda] in Sepang had three different specs. Why not go to this brand and ask which one Marc Marquez has?” 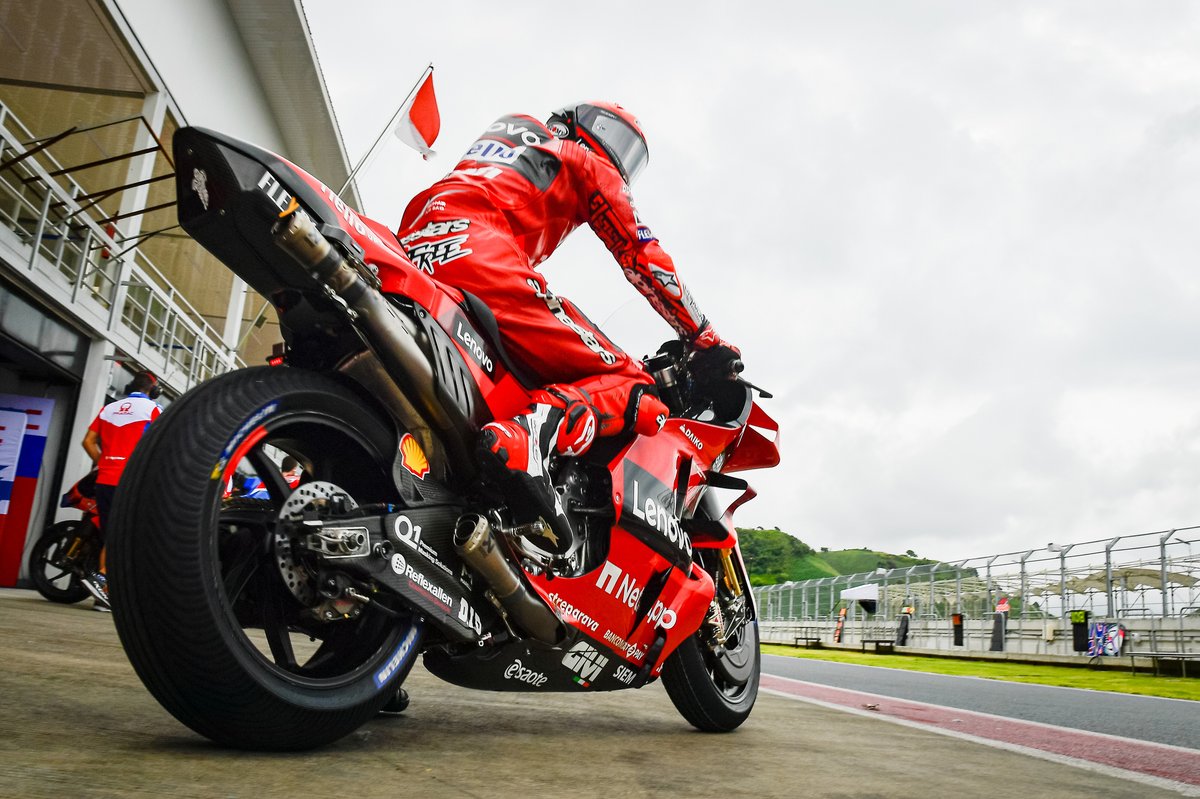 The Pramac duo and VR46’s Luca Marini, who are all racing 2022 bikes this year, will remain with the 2022 engine spec.

Because Ducati is a non-concession manufacturer, it will not be allowed to develop the engine in season as of FP1 in Qatar.

Commenting further on its engine situation, Tardozzi added: “I think we are happy about the rider’s choice and I think we gave to the riders the best possibilities we can.

“So, let’s see how the season starts and in the end we will see what happens.

“But it will be a very, very tough season because there are a lot of very, very competitive bikes.”