Lorenzo was the man to beat throughout the 15-minute session, lapping nearly half-a-second faster than Marc Marquez on their first flying laps with a 1m32.310s.

The pair both improved on the next time around, Lorenzo to a new lap record of 1m32.076s to maintain a 0.465 second margin over the championship leader when riders returned to the pits.

When they headed back out with five minutes to, the pair played a game of cat-and-mouse exiting pitlane, with Lorenzo reluctant to have Marquez lapping behind him.

It was Marquez who ultimately led the way with Lorenzo dropping further behind, but the Honda rider did not improve on his 1m32.443s lap.

There was still more to come from Lorenzo, and he secured his first pole since the French Grand Prix at Le Mans in May, by improving again on his final tour.

Lorenzo's 1m31.868s is a new lap record and the first sub-1m32s lap around Misano on a MotoGP bike, and the third-straight year he will start the race from pole position.

His Yamaha team-mate Valentino Rossi was a lowly seventh after the first runs, but moved to within 0.266s of Lorenzo after venturing back out.

That effort was cancelled for exceeding track limits at Turn 16, however Rossi improved again on the following lap in the final minute. 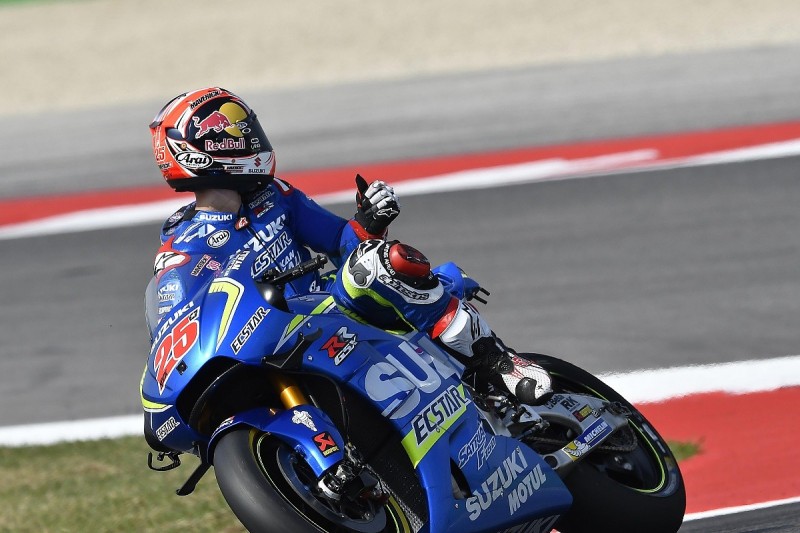 Suzuki's Maverick Vinales moved up to third in the closing moments, 0.513s slower than the man he will replace at Yamaha in 2017, while Marquez wound up fourth.

With Andrea Iannone ruled out after sustaining a fractured vertebra on Friday, Ducati moved tester Michele Pirro over from his bike to Iannone's on Saturday.

That meant Pirro had to contest the first phase of qualifying, but he progressed safely, and then qualified in fifth place, just 0.024s slower than Marquez and 0.210s up on Ducati regular Andrea Dovizioso in sixth.

Cal Crutchlow was the top satellite rider in seventh for LCR Honda, ahead of Dani Pedrosa, while Aleix Espargaro crashed at Turn 10 in the final minute and wound up ninth, one spot ahead of his brother, Friday pacesetter Pol Espargaro.

Alvaro Bautista gave Aprilia its best qualifying result of the year with 12th, one spot ahead of team-mate Stefan Bradl - who fell one place short of a Q2 berth - while Alex Lowes will start his second MotoGP race from 14th on the grid.