On Thursday, nine-time grand prix world champion Rossi announced he will retire from MotoGP at the end of the 2021 campaign after 26 seasons in the world championship.

Much of the current grid grew up watching Rossi race and have regularly cited him as their idol and reference in MotoGP.

Ahead of this weekend’s Styrian Grand Prix, the paddock paid tribute to the veteran Italian following his retirement announcement.

When asked for his thoughts on Rossi, Suzuki rider Mir likened him to basketball legend Jordan in that he transcends the sport which made him famous.

“It will be difficult to repeat another Valentino Rossi in history.

“So, wishing him a lot of luck and hoping to see him in the next seasons around the paddock.” 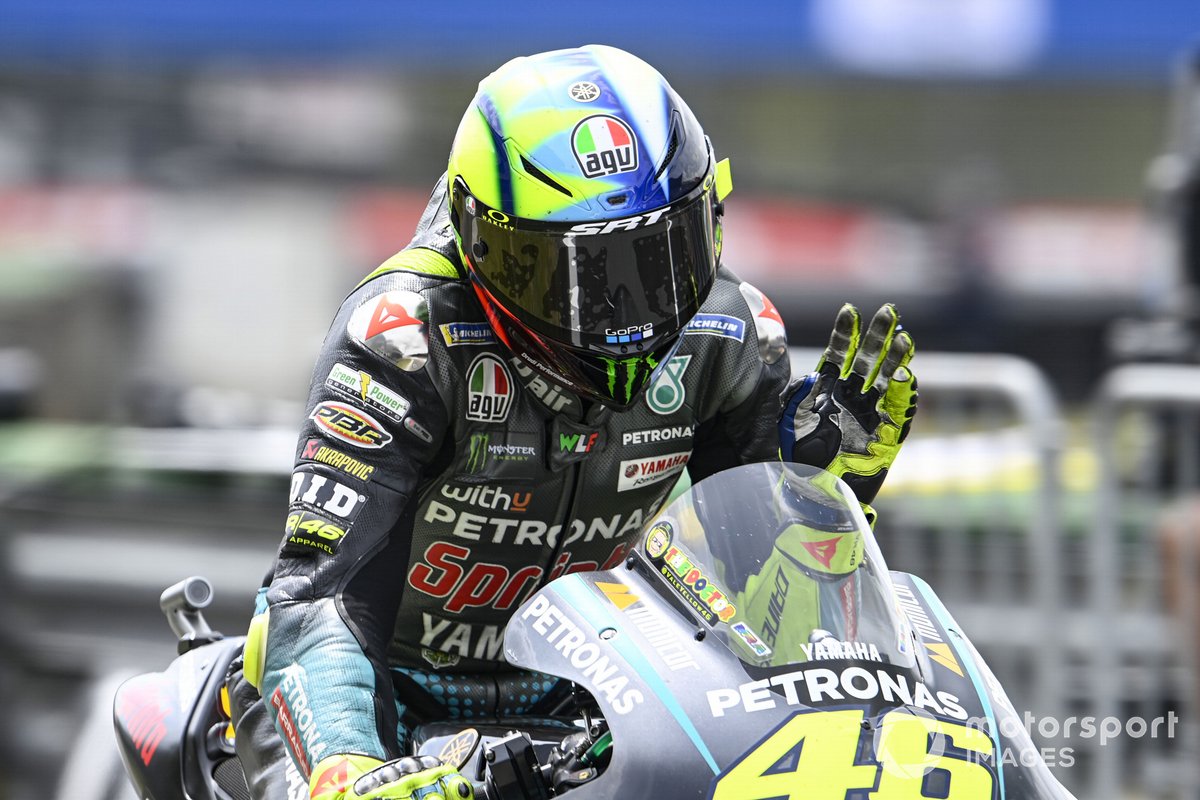 Fabio Quartararo, who replaced Rossi at the factory Yamaha squad this season, added: “It's hard to believe, to be honest.

“Rossi was already a two-time world champion before I was born and to think that he won't be with us next year is sad.

“Valentino is the rider who made me want to come to MotoGP, I waited hours and hours at the tracks to get his autograph when I was a kid, he is still my idol now and he is still a legend.”

Retired three-time MotoGP race winner Cal Crutchlow will be Rossi’s team-mate for the next three races at Petronas SRT as Franco Morbidelli’s injury replacement, having been Rossi’s Yamaha stablemate at Tech3 in 2013.

The Briton praised the impact Rossi has had on motorcycle racing, saying: “To come back is a great story and to do it as Rossi's team-mate is an even bigger story.

“I've watched Rossi since I was a kid and I always enjoyed watching him race, when I came here he was at Yamaha and I got to share a lot of things with him.

“It was a lot of fun to be able to race with him, wherever you go in the world if you say you are a rider and they don't understand you just name Valentino and they quickly know what you are talking about.

“Everyone loves him and his motivation to go fast is unbelievable, his mentality is an example to everyone, it's been fantastic to be with him over the years.”

Rossi’s former Yamaha team-mate Maverick Vinales added: "For me Rossi was a reference point when I was a kid and I started to feel the passion for motorbikes when I saw him in his victories and celebrations.

“Sharing a team with Rossi gave me the opportunity to learn, he has been a reference point for me since I was four years old, but we have to thank him for what he has done, for being an inspiration and a motivation to continue.

“It has been a good fortune to share a team and fight with him, and especially in the events where we met in Malaysia or Thailand.

“Off the track he is a great person, he is at the top and he is the greatest of all time. It's sad, but he has won a lot and we have to be grateful to him.”