The 20-lap Moto3 race kicked off proceedings on grand prix Sunday at Motegi, with the stormy conditions seen on Saturday giving way to beaming sunshine.

Guevara would make his decisive move in the latter stages and got to the chequered flag 0.593 seconds clear of Foggia to claim his fifth win of the 2022 season.

The Aspar GasGas rider’s team-mate and nearest championship rival Sergio Garcia was a distance 9.3s adrift in fourth at the chequered flag and is now 45 points down in the championship.

Masia looked threatening in the latter stages, but crashed out heavily going through the Turn 12 left-hander when the rear of his KTM broke away and tipped him into a highside.

This released Foggia into second, as long-time leader Sasaki completed the podium on home soil.

There was no fairy tale Sunday for home favourite poleman Tatsuki Suzuki, who crashed his Leopard Honda in the early stages while running in the lead group. 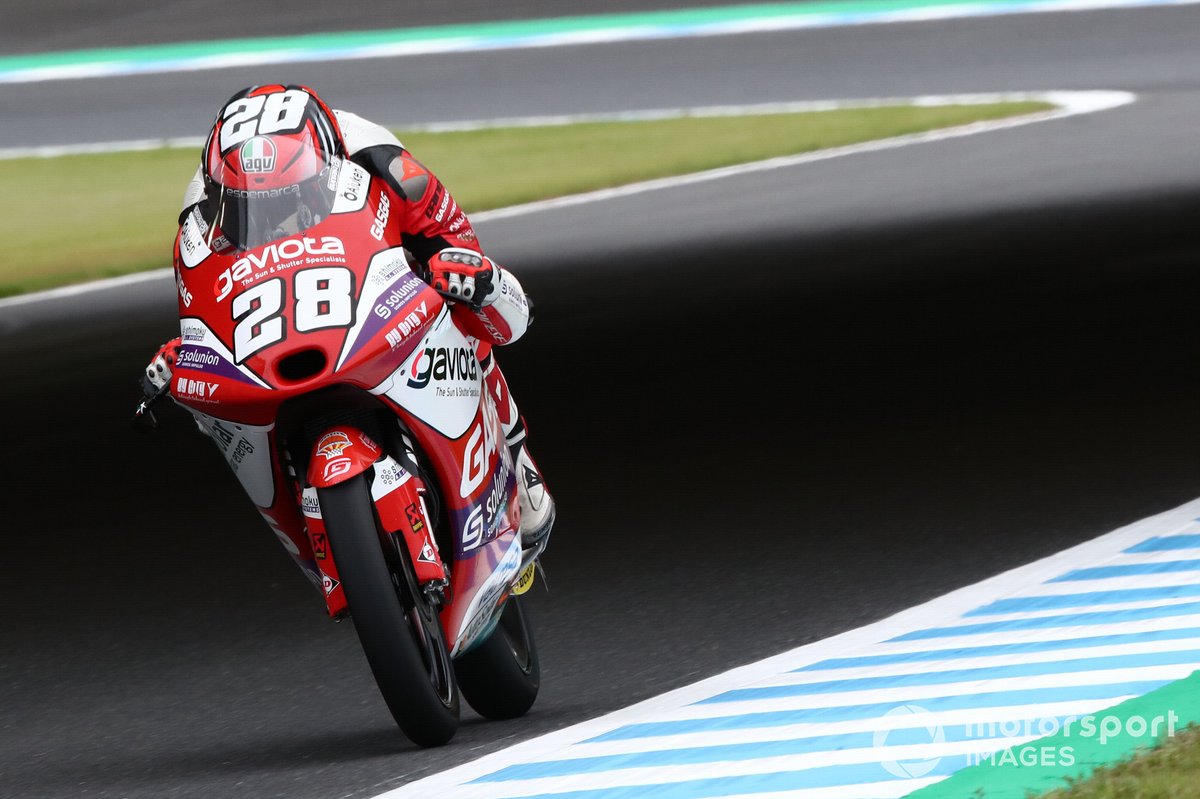 In the 22-lap Moto2 race, drama struck early on as poleman Aron Canet crashed out of a healthy lead on the fourth tour.

This thrust Honda Team Asia’s Ogura into a victory fight having carved his way into the top five in the early stages from 13th on the grid.

Once in front, Ogura opened up a lead of over a second to keep championship rival Augusto Fernandez on the Ajo KTM-run Kalex in second at bay.

Alonso Lopez completed the podium on his Speed Up ahead of Aspar’s Jake Dixon and brief leader Somkiat Chantra (Honda Team Asia).

Ogura’s third win of 2022 means he is now just two points from Fernandez in the standings, while crashes for Canet and VR46’s Celestino Vietti have all but ended their hopes at 57 and 72 points adrift.