The MotoGP grid is likely to lose two of its 24 bikes next year, Autosport understands

The premier-class is currently populated by 12 two-bike teams, all of which are guaranteed places on the grid by the set of agreements and regulations that govern the championship.

But following a team management crisis that affected Honda customer outfit Marc VDS this year, which led Michael Bartholemy to depart as team boss after conflict with owner Michael van der Straten, the grid slimming to 22 entries for 2019 is now a real possibility.

The exact make-up of the MotoGP grid still hinges on the outcome of negotiations surrounding the mooted Petronas-backed satellite Yamaha team project.

Yamaha will lose its long-time satellite team Tech3 to KTM next year, but looks set to keep four YZR-M1s on the grid.

Talks over the new Yamaha project, which was seen as Jorge Lorenzo's likely 2019 destination prior to his shock deal to join Honda, are in an advanced stage, with a potential line-up of Marc VDS rider Franco Morbidelli and Honda outcast Dani Pedrosa.

"The situation is not confirmed yet but I would say that talks are progressing very well," Yamaha boss Lin Jarvis told MotoGP.com when asked about a new satellite Yamaha team during the Barcelona weekend.

"I'm optimistic that we'll find a good solution, hopefully within the next couple of weeks there might be some positive news about plans for 2019 and beyond."

It is understood there are two opportunities for the Petronas-backed project to work. 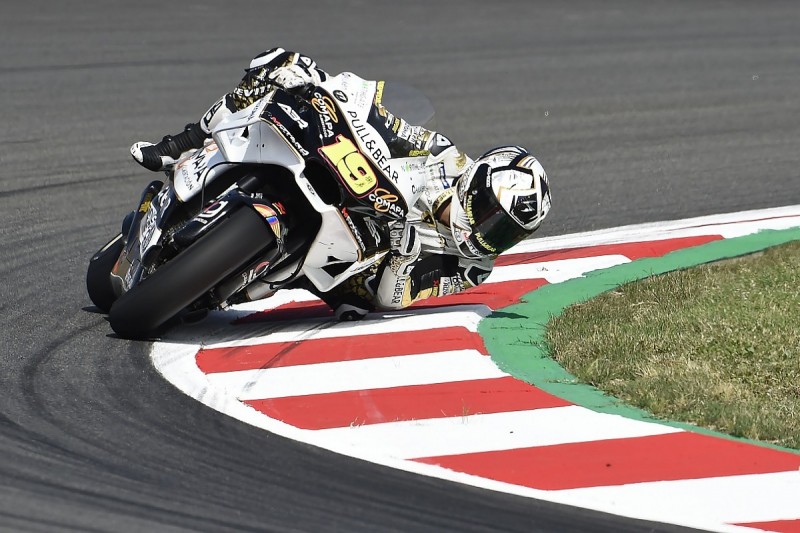 One would entail a partnership with the Angel Nieto team (formerly Aspar) that currently fields Ducatis for Alvaro Bautista and Karel Abraham.

If this does not come to fruition, a team could be built up from scratch, potentially by buying assets from Marc VDS.

Both of the aforementioned scenarios would likely mean a 22-bike field, which would make reserving the two remaining spots for Valentino Rossi's long-anticipated move to MotoGP team management a logical step for MotoGP stakeholders to make.

Rossi, whose VR46 organisation competes in the Moto2 and Moto3 series, will remain a Yamaha MotoGP rider until at least the end of 2020 and has ruled out fielding a team in the premier class until then.