MotoGP has updated its dashboard warnings to include messages to riders cautioning them of any problems with their equipment following Fabio Quartararo’s suit issue in Barcelona.

In the closing stages of the Catalan Grand Prix in June, Yamaha rider Quartararo’s leather race suit came completely unzipped and he was forced to discard his chest protector.

He continued to the chequered flag despite the issue and was later handed a three-second penalty, which dropped him to sixth, having already been demoted from third to fourth with for a track limits violation.

Rules stipulate that all rider equipment must be fastened when on track, but were vague regarding what must be done if something happens to it and what penalty this would incur.

From this weekend’s Austrian GP, MotoGP Race Direction will now be able to send riders dashboard messages informing them to fix any equipment problems.

"In the case of a problem or fastening undone on rider equipment, or something that’s not immediately a problem but needs to be fixed, it’s a different situation,” he said.

“So we have a new signal on the dashboard, it shows ‘equipment’ on the rider dashboard and the meaning has been explained to the riders and teams: there is a problem with your equipment and you’re required to fix it immediately. 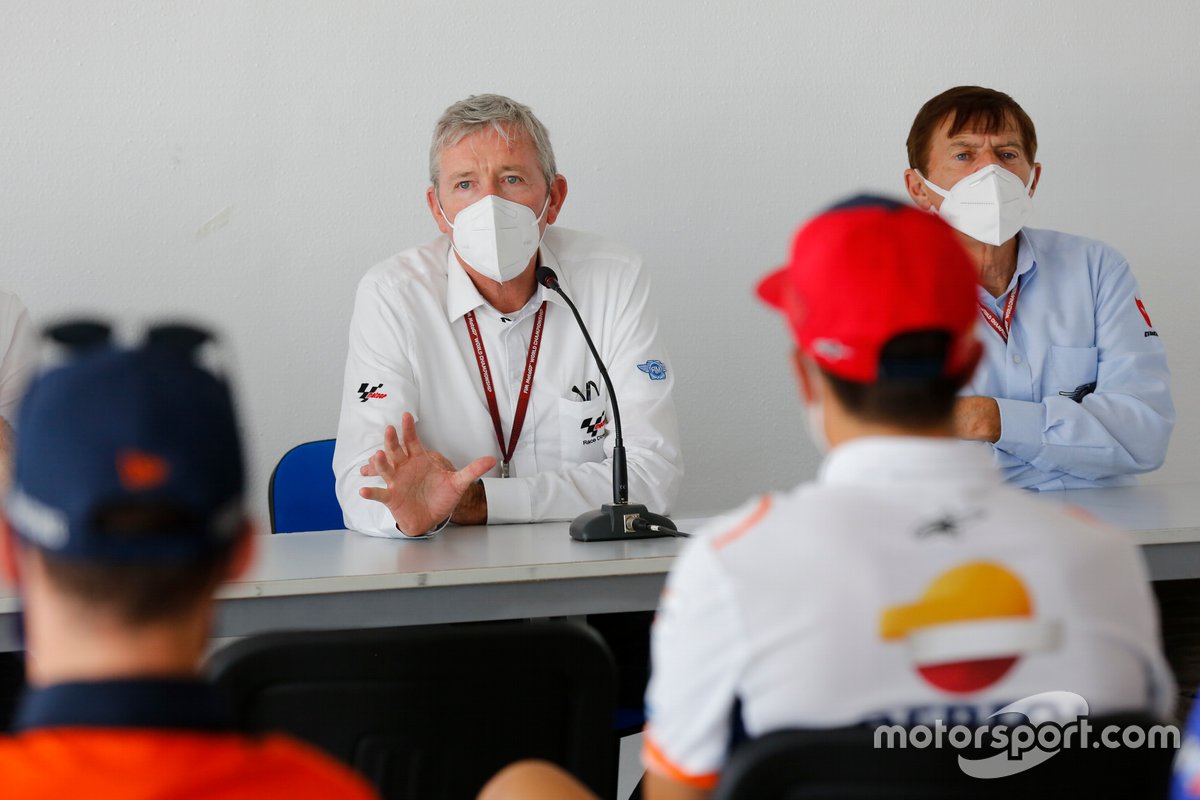 “If that means coming into the pits to fix it, OK.

“Or if you can fix it yourself on track, that’s also OK.

“What we require is that you fix it immediately, so there’s a new message about rider equipment.”

Race Direction will also be able to send warnings to riders over their behaviour on-track, upon request from the stewards.

This is to help the stewards distinguish whether a “borderline” action on track was simply a mistake, with repeats of the action to be deemed as not a misjudgement and will incur a penalty.

Webb also says the new messages have only just come into operation because they “take a bit of lead time” as the dashboard manufacturers and timekeeping companies have to update their systems for them to be used.