The Spainard will start from seventh on the grid for the Czech Republic Grand Prix - his best qualifying result for four races.

But Vinales was incensed at finishing 0.682s off pole and six tenths behind his team-mate Valentino Rossi, who qualified second behind Honda's Marc Marquez.

While suggesting that his use of hard front and rear tyre compounds in qualifying might have hurt his pace, Vinales still insisted: "The qualifying was horrible - I had no feeling.

"It's the worst qualifying I did with the bike, so we have to pay attention in the work that we did since Friday, because [we] didn't get any result."

Both Vinales and Rossi were outside of the top-10 automatic Q2 cut-off after Friday's mixed-weather practice sessions, with the former confused about why he "couldn't turn with the bike".

The 22-year-old's improved FP3 time ensured a Q2 spot, but Vinales, who committed to Yamaha's newer frame after trying out two types of M1 chassis on Friday, reckons it remains "impossible" for him to produce good pace. 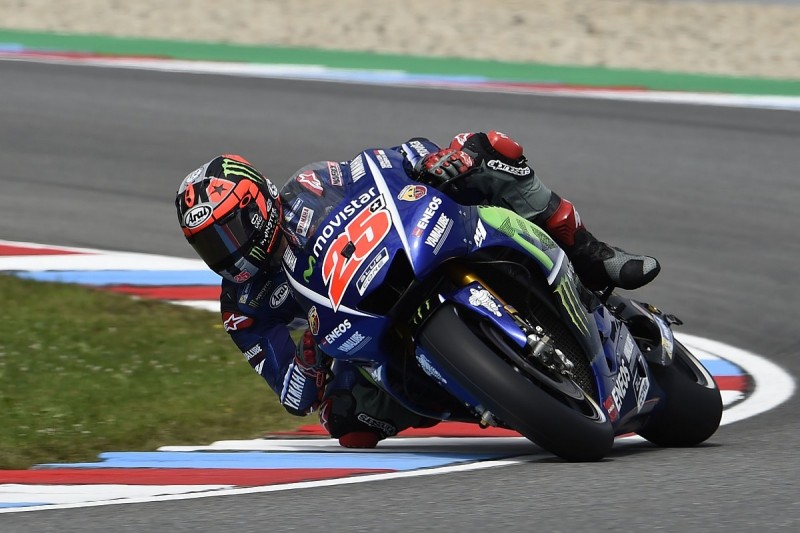 "The problem is on our side, in our box, that we didn't find the best set-up, the best way to make the bike go on this track," he said.

"We are struggling a lot on the brakes and making speed corners - when you're struggling in both cases, it's impossible to do fast laps.

"So we have to work hard this night and try to improve for tomorrow."

Vinales was closer to the front during race pace simulations in FP4, but is unsure how much progress can be made in time for Sunday's race.

He said: "We have many things to do, and it's just one day, and only the [Sunday morning] warm-up to solve the problems."