LCR rider Crutchlow, who has revealed he is riding with a broken sacrum, fell off his bike at the fast Turn 13 right-hander late on in qualifying at Barcelona, which left him only 10th on the grid.

The Briton had also fallen earlier on Saturday, while there had also been crashes for his team-mate Takaaki Nakagami and Marc VDS Honda rookie Franco Morbidelli, who came off three times.

Marquez crashed in FP2 and FP3, but pulled off a remarkable save during the race-pace simulation running in FP4, lifting his bike off the ground twice in quick succession at Turn 14 despite a folded front tyre.

"The worst thing is that we have to deal with the situation of Marc saving them every week," Crutchlow said after qualifying. "It makes the rest of us on Hondas look like idiots.

"Imagine how many he's saved this week, compared to how many times we've crashed. He saves 15 a weekend.

"The way he rides the bike is different to us, or it's how close he is to the ground when he's already about to crash - because he sticks his knee into the floor.

"All the rest of the riders sit a lot more central on the bike.

"You look at Valentino [Rossi] when he used to race on a 500[cc], his style is still the same as what it is now, to an extent.

"You adapt a little bit to the situation of the tyres and the bike, but your style is your style - and that's just him [Marquez]."

Crutchlow also stressed that he did not aggravate his injury in his crashes on Saturday. 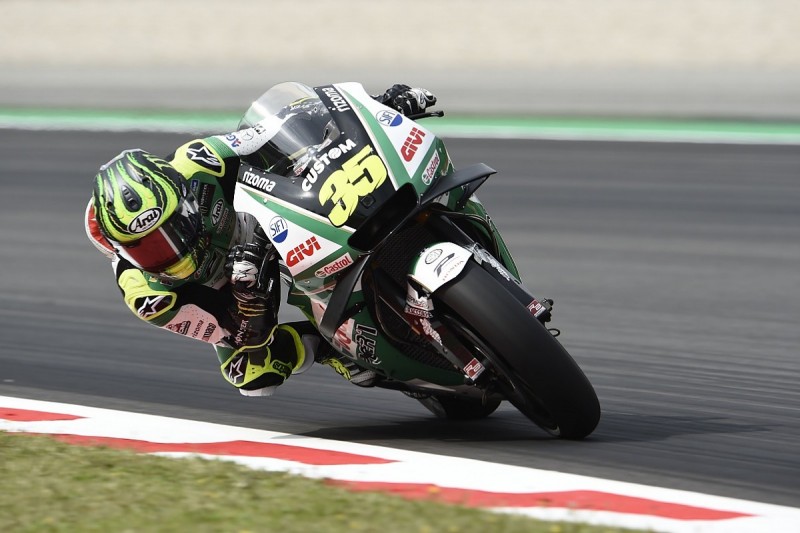 Honda's MotoGP bike has looked to be a much improved package in 2018 - but while Crutchlow has long conceded that it's quicker, he has insisted it remains a handful.

"It's the same every week though," he said. "We have to ride it way harder than anybody else.

"Our main problem is the bike doesn't turn. And we don't have great rear grip. But what we do have is a bike that is amazing in braking, so we just take advantage of that all the time.

"And then evidently we crash on the brake and we crash in the middle of the corners because we've braked so deep, braked so hard, we've overheated the front tyre."

Crutchlow, who is contracted directly to Honda, has urged the manufacturer to take action.

"But we definitely have some sort of problem, because we can't keep explaining why this is happening - we can't keep looking like mugs every week," he said.

"But they [Honda] know, they are fully supporting us, fully behind us. Honda know the situation. They are not stupid, and probably the cleverest people on the paddock."