MotoGP has set up camp at the Red Bull Ring for a double-header starting this weekend with the Austrian Grand Prix. Here's how to watch qualifying

Marc Marquez remains out of action after his second surgery to fix the plate in his broken right arm, with Honda test rider Stefan Bradl stepping in again, but the team hasn't ruled out the reigning champion returning for the second Red Bull Ring race.

KTM's Pol Espargaro topped the combined Friday practice timesheet, after FP2 was held in mixed conditions due to a brief rain downpour, to maintain the Austrian brand's strong form fresh from Brad Binder securing his and the team's maiden MotoGP race win last time out in the Czech Republic.

Andrea Dovizioso enjoyed a stronger start to his Austrian GP weekend in second place after a nightmare at Brno, but his Ducati future continues to dominate the headlines, with the Italian manufacturer set to make a call on his contract negotiations at the end of the Red Bull Ring double-header.

While Yamaha is bracing for a tough couple of races in Austria, the Iwata factory has made a request to all MotoGP manufacturers to unseal its engines on safety grounds due to a series of mechanical issues.

As ever, focus will shift to Saturday morning's FP3 with riders looking to lockdown an automatic Q2 spot for qualifying. Currently, Maverick Vinales (11th), Valentino Rossi (13th), Cal Crutchlow (14th) and Brno winner Binder (16th) are the big-hitters that remain outside the top 10 spots. 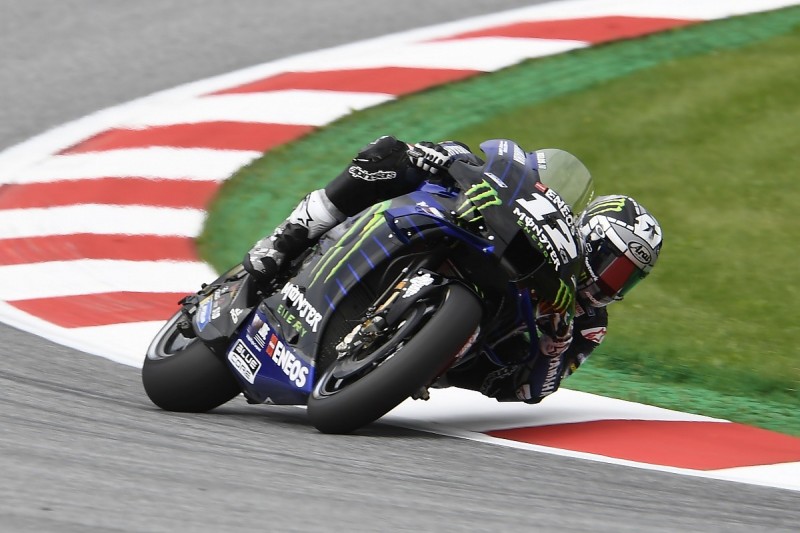 What time does qualifying for Austrian MotoGP start?

With the unpredictable Styrian mountain weather set to hit all weekend, the current weather forecast is unsettled for qualifying, with a high chance of rain and possible thunderstorms. A high of 25 degrees Celsius for qualifying will be effectively the same temperatures as FP2.