MotoGP Austin: Marquez was focused on Iannone when blocking Vinales

Vinales was on a quick lap and set to challenge Marquez's provisional pole benchmark when he came up on the Honda rider in the final sector and was forced to back out, gesticulating angrily at Marquez as he rode past.

He recovered with his next lap, finishing four tenths off Marquez in second, before a three-place penalty for the latter promoted the Yamaha man to first place on the grid.

Speaking after qualifying, Marquez insisted he'd tried to move out of Vinales' way as quickly as he could - and that he hadn't noticed his rival sooner because he was preoccupied with Iannone riding slow up ahead.

"Unluckily, I was going out of the box, I expected that nobody was coming behind and suddenly I heard an engine," Marquez recalled.

"I was looking more for Iannone than who was coming behind, and when I heard the engine I go in as quick as possible - but looks like I disturbed the lap."

Marquez explained that he was concerned about having Iannone follow him on his flying lap, given the Suzuki rider had been quick throughout the weekend. 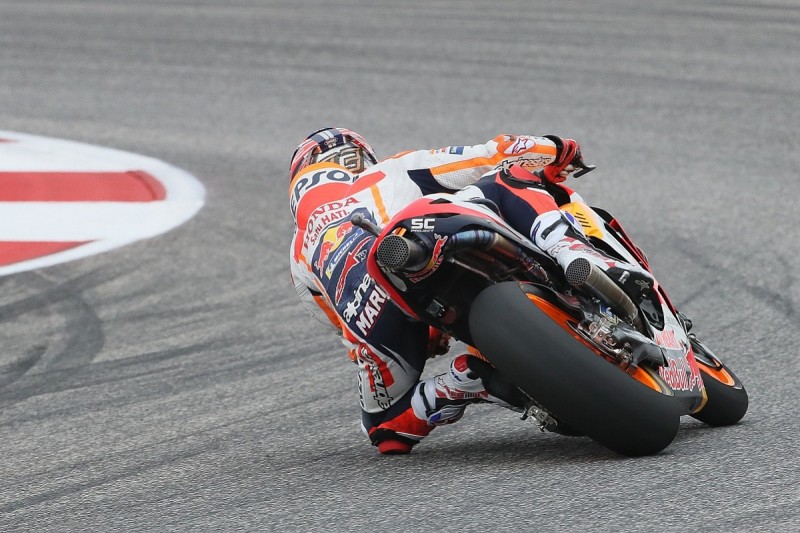 "Here normally I don't need slipstream but I know that a fast rider behind me can improve his laptime a lot and Iannone [on Friday] was fast," said Marquez.

"So I was looking at Iannone and I didn't expect Maverick.

"They [race direction] say I was on the [racing] line, Iannone was out of the line. I never do [this], but this time I was there."

Iannone, who in the end did manage to follow Marquez on the flying lap and ended the session third behind him and Vinales, admitted that that had been his strategy.

"In any case, I think it's like [this for] everybody. He wants to stay [behind], doesn't want to overtake me - and so at the end, this is the situation."

Vinales refused to comment on the incident and the subsequent penalty, but did hint the lap he had to abandon because of Marquez could've been his fastest.

"It's difficult to know," he said.

"For sure, in the first lap, your third and fourth sector is the best one, but I don't know, it's difficult to say."