Six-time MotoGP world champion Marc Marquez says it has been “difficult to realise” his arm injury and admits it “will never be a normal arm” again after so many operations.

Marquez badly broke his right arm in 2020 at the season-opening Spanish GP, and ultimately missed the entire season having been forced to have surgery three times on the injury.

Those operations left him with a right humerus that had rotated over 30 degrees from its original position, which was hindering him on his bike when he made his return three rounds into 2021.

Despite winning three times that season, Marquez felt he needed a fourth major operation on the arm midway through 2022 to have the bone rebroken and set back to its original position – something which forced him to take six races out following the Italian GP.

Returning in September at Aragon, Marquez scored a pole position in Japan, claimed his 100th career MotoGP podium in Australia and ended the season 57 points clear of the next-best Honda rider in the standings.

In an exclusive interview with Autosport last November in Valencia, Marquez says he “needs to accept” the limitations he will always have in his right arm despite the fact he is physically better than he was back in 2020.

“Of course, many times you think a lot of things about your arm,” he said. “And many times, it’s difficult to realise sometimes or admit that you have this injury.

“But, in the end you must say, ‘ok, this is what I have’. It’s true that I had the fourth surgery, it’s true that an arm that has been opened four times will never be a normal arm, because you have some limitations. 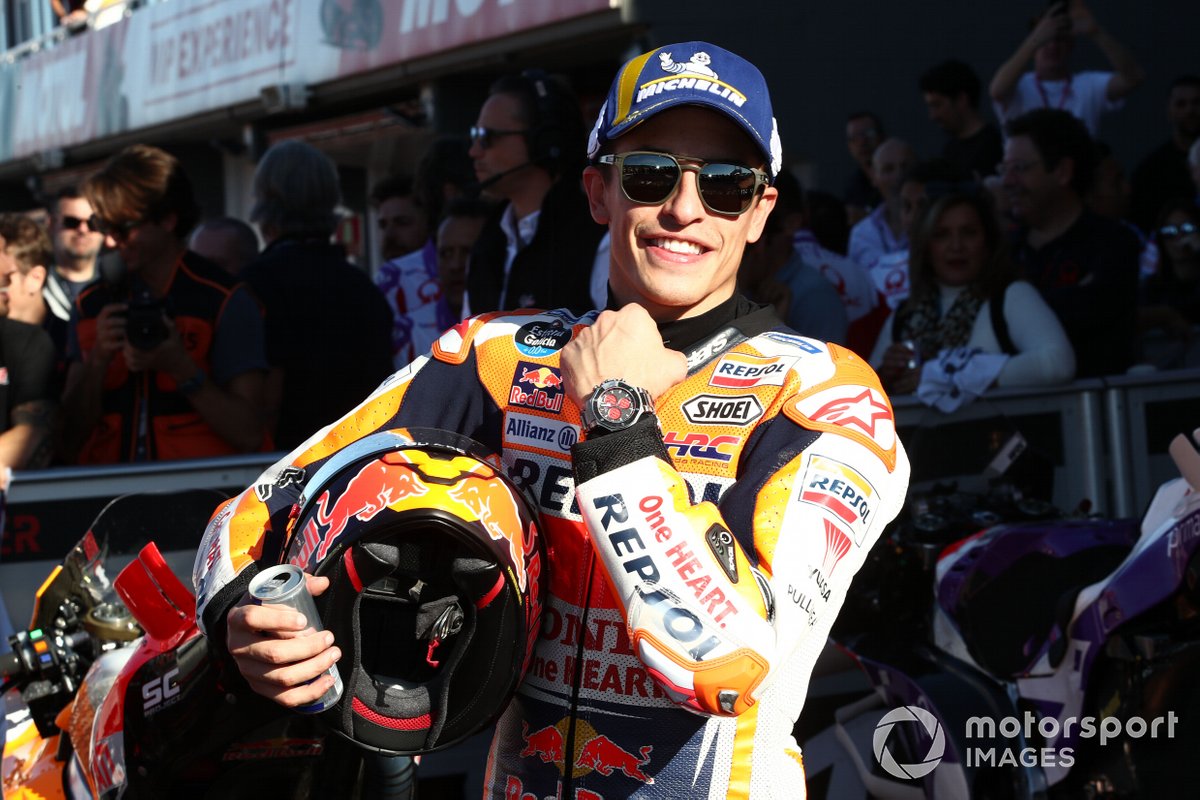 “But then you need to accept those limitations, try to compensate with your body, with different things.

“I’m not thinking a lot about it, just I’m thinking more how to improve, about how to manage it, how to adapt.”

Reflecting on the decision to have a fourth operation on his arm and miss more races, Marquez was left satisfied it was “correct” as he mentally couldn’t face another winter of recovery.

“For me, looking at this season, the sentence is this: I chose the correct decision, because one option was to finish the season and let’s see,” he added.

“But now, thinking that it could have been Valencia and then an operation and then a full winter with recovery, I was not ready to do it – on the mental side also.

“So, I chose the correct option to take the operation, to break my arm again and put it straight.

“For the future, we will see if I have enough power, enough strength, enough possibilities to fight for the championship.

“Life is better, coming in a normal way.”