Suzuki refugee Alex Rins admits his first test of the Honda MotoGP bike in Valencia last November “was complicated” but “I didn’t think it was such a bad bike”.

The five-time MotoGP race winner has joined LCR on a two-year factory contract with Honda for 2023, following Suzuki’s decision to quit the series at the end of 2022.

Rins comes to Honda during a difficult period for the Japanese marque, after it registered its second winless campaign in three years in 2022 with a bike all of its riders felt was very difficult to extract performance from.

Making his riding debut on the Honda in last November’s post-Valencia Grand Prix test, Rins was 20th on the timesheets and 1.1 seconds off the pace.

Speaking exclusively about his Honda debut in Autosport’s Spanish language MotoGP podcast, Rins opened up about his initial feelings of the RC213V.

"You are lucky, it's the first time I'm going to talk publicly about Honda, this means a new chapter in my life and I'm happy,” Rins began.

“The truth is that it was a strange feeling, it was complicated because it is a very different bike to the Suzuki.

“But I have to say that I didn't think it was such a bad bike.

“What I found most difficult was the response of the engine, the connection of the gas to the power, to the rear wheel, it's like very sweet, like it doesn't have lows and has a lot of highs. We were adapting it and I didn't quite get the hang of it. 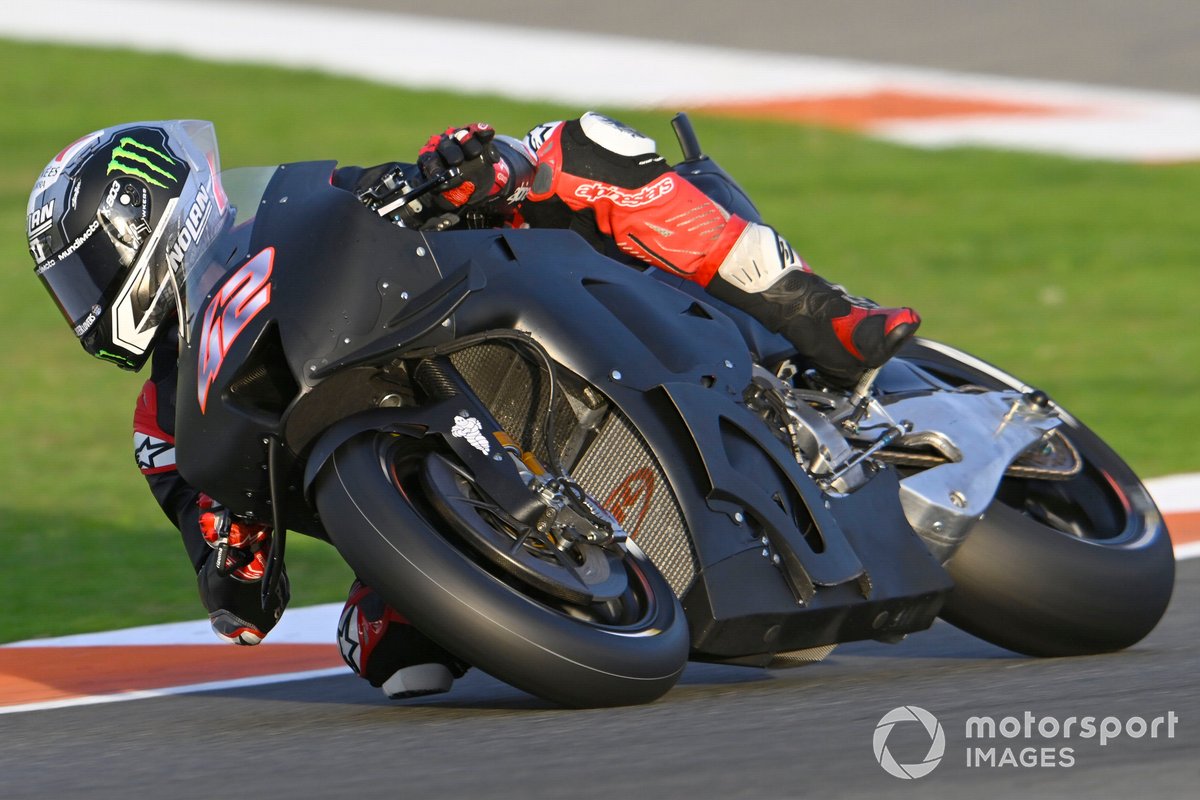 “But I liked the bike, I was one second and two tenths behind the first, I wasn't ahead at all, but it didn't seem very physical to me, at least in Valencia, in the circumstances we were in and after the race.

“It seemed to me not an easy bike to ride, because all the bikes are difficult, but with enough potential.”

Having only ever ridden a Suzuki in his six seasons in MotoGP, Rins insists he is not going to try and steer development of the RC213V to make it more like the GSX-RR.

“I think that arriving at Honda with or without experience from another bike is the same thing,” he added.

“Yes it's true that the Suzuki had much more cornering, but it doesn't change the fact that I've been six years with the same bike and now I'm on the Honda, it won't cost me more because of this.

“Adapting to a new bike takes hours. This January I'm going to go training with a Honda 1000 [street bike] to several circuits, but no matter how many hours I do with that bike, it's not going to resemble a race bike.

“In the end there is only one MotoGP bike, and it is very difficult to replicate the work you do with it.

“I told the Honda guys that my idea is not to make their bike a copy of the Suzuki.

“The Honda will have its bad things, but also good things. I will always tell them how I did it at Suzuki, but not to make me a bike like that one, but to put everything on the table.”

Rins will be joined at Honda by former Suzuki team-mate Joan Mir in 2023, who will partner Marc Marquez at the factory squad for the next two seasons.