Aleix Espargaro believes the Moto2 riders who turned down an Aprilia MotoGP race seat for 2021 "will not be happy in future" as the bike is "close to the top".

A number of names were linked to the RS-GP alongside Espargaro for this season after Andrea Iannone was banned for four years due to a doping offence.

As well as MotoGP winners Andrea Dovizioso and Cal Crutchlow, leading names from Moto2 in Marco Bezzecchi, Joe Roberts and Fabio Di Giannantonio were all linked to Aprilia for 2021.

Valentino Rossi protégé Bezzecchi and Roberts turned down the offer to remain in Moto2, while Di Giannantonio already had a contract with Gresini in MotoGP for 2022 when it would cut ties with Aprilia.

Former World Superbike rider Lorenzo Savadori ended up getting the ride, but Aprilia is about to welcome its highest profile rider in 2022 as Maverick Vinales looks set to join the marque after ending his Yamaha contract a year early.

The 2021 Aprilia is the strongest bike the marque has ever built in the modern MotoGP era, with Espargaro consistently finishing in the top six and not far from the podium.

Though refusing to comment on the Vinales links, Espargaro says Aprilia “deserves” a top rider and believes the Moto2 riders who passed on the seat for 2021 gave up “a big opportunity”. 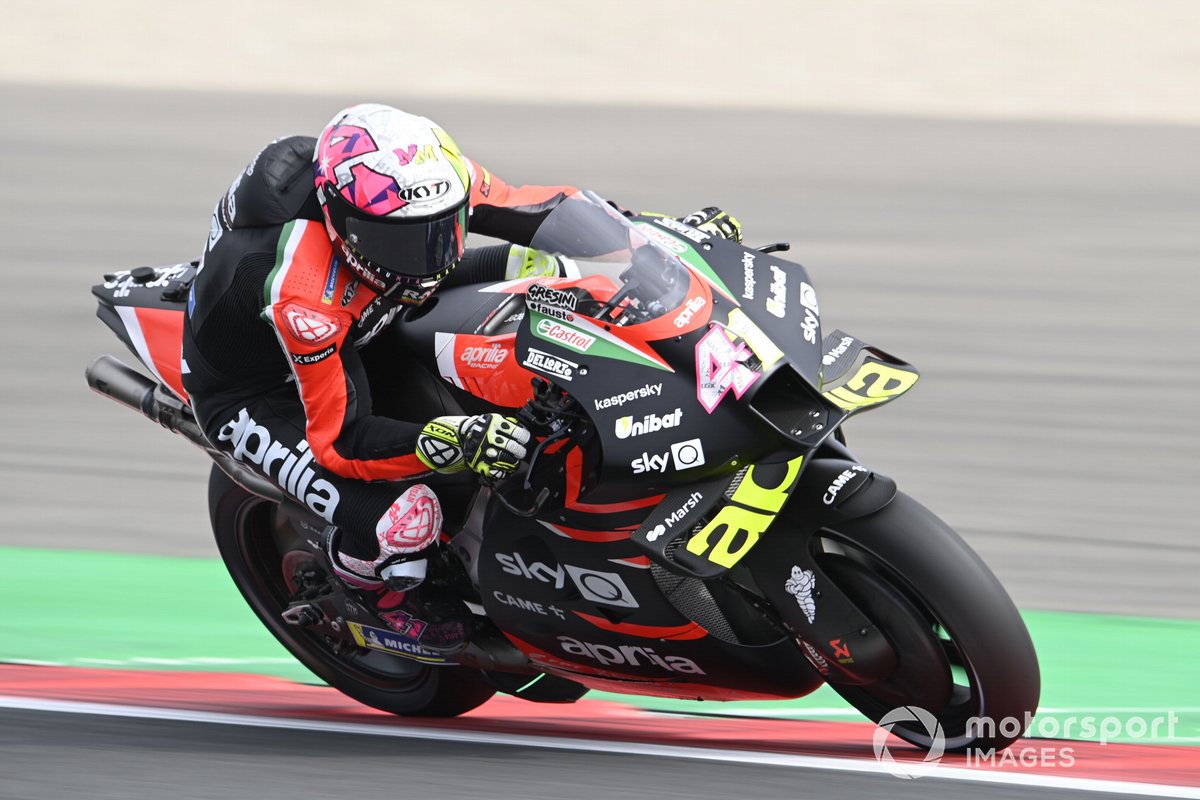 “I said many times I felt very bad when Massimo told me that next year we will not have two more bikes on track,” Espargaro said when asked if the Vinales links were good for Aprilia’s image.

“Also, when some Moto2 riders were saying they didn’t want to join us, I was very angry.

“I love Aprilia, I love this project, it feels like mine and I want to prove to them that they were wrong.

“These riders in Moto2 who did not want to come, I think they will not be happy in the future because they lost a big opportunity and I hope that next year my team-mate next year will be a very strong rider because we deserve it because we work very hard, because we are not far from the top brands in the world.”

Gresini Racing, who has run Aprilia’s factory entry since 2015, will become a Ducati satellite squad next year and has signed Enea Bastianini to join Di Giannantonio.

Bezzecchi is set to join Luca Marini at the VR46 squad in 2022, who will also field Ducati machinery, while Roberts has been linked to an Ajo KTM seat in Moto2.