Franco Morbidelli believes the "substantial" upgrades to his Petronas SRT ‘A-spec’ Yamaha MotoGP bike have resolved a number of the issues he had in 2020.

The three-time MotoGP race winner will once again race on the older ‘A-spec’ version of Yamaha’s MotoGP challenger in 2021, despite ending last season as its top rider in second in the championship.

The bike Morbidelli rode last year was essentially a slightly modified 2019 M1, but Yamaha brought upgrades to the bike for Qatar pre-season testing – which came as a “great surprise” to the Italian.

Morbidelli’s package proved to be more consistent in 2020, though he still encountered some issues with his bike at certain races.

When asked by Autosport after testing if he was confident his upgraded bike solved some of the issues he had last year, Morbidelli replied: “Well, yes because they were pretty simple, pretty substantial and in pretty easy directions.

“So, I think the updates that Yamaha brought, they will work also in the other tracks.

“This is what I think and what I hope at the same time.”

Yamaha bosses explained last month during the Japanese marque’s factory team launch event that the 2021 chassis would be closer in spec to that which Morbidelli has been riding. 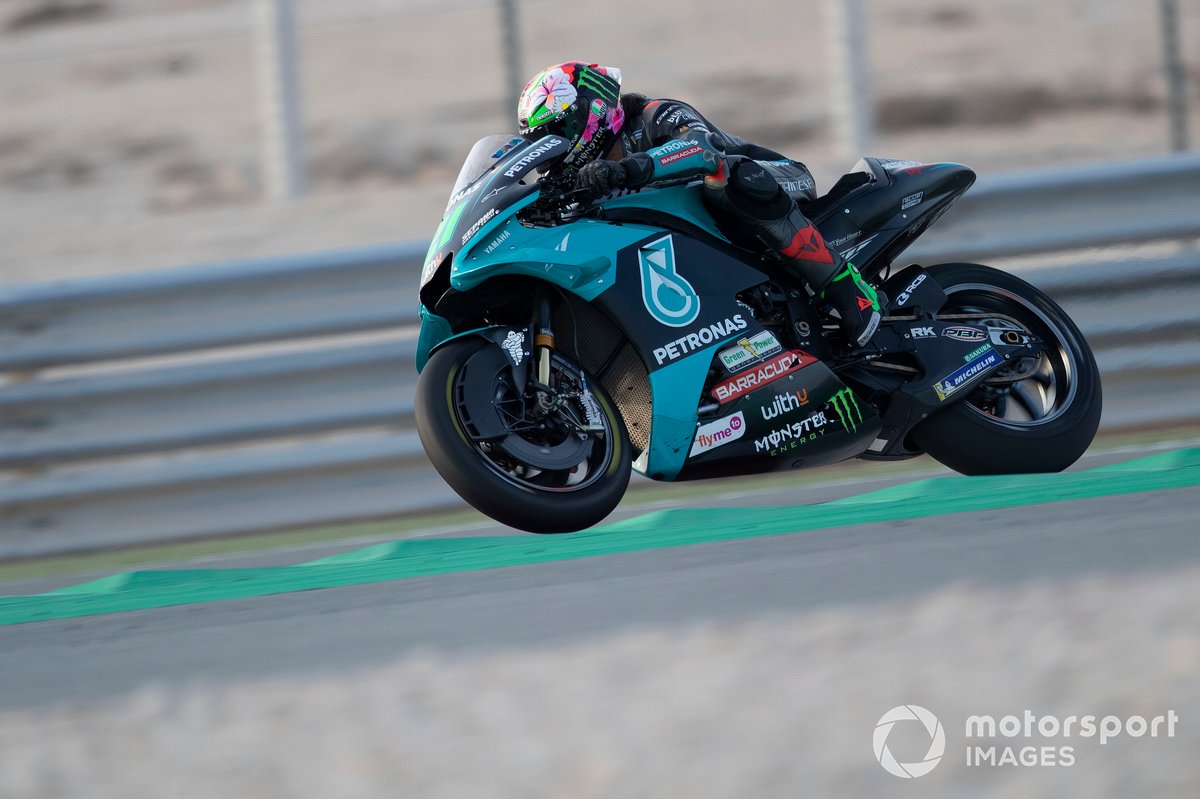 PLUS: What we learned from MotoGP pre-season testing

“There are things that can improve on the bike, but we need to see with time.

“We need to see how the weekend will be. So, the weekend is going to be difficult, I’m going to go for the positions I think that can be my target.

“So, top spots because in this test I felt pretty fast, I had a good pace and I had good speed overall.

“I think we can go into the weekend aiming for good positions, but of course the conditions could change and could change the situation we had in the test and last year.

“But at the moment I feel quite ok, quite ready and energised quite a lot to jump into the race weekend already.”