Franco Morbidelli admits Yamaha bringing updates for him to try on his Petronas SRT ‘A-spec’ MotoGP bike was “a great surprise” for him in the Qatar test.

Morbidelli was Yamaha’s top rider in 2020, winning three races and finishing runner-up in the world championship despite riding what was essentially the 2019 M1.

Despite his efforts, Morbidelli was not given factory machinery for 2021 and remains on the ‘A-spec’ bike.

Initially worried that this would disadvantage him relative to his factory rivals, despite the ‘A-spec’ M1 already being a strong package, Morbidelli was given new updates to try on his bike last weekend during the first Qatar test.

The updates came as a surprise to Morbidelli and he feels his package has taken a step forward compared to last year’s.

“My feeling after this first test is very good,” Morbidelli said on Sunday after finishing fourth overall.

“I have to thank Yamaha because they brought updates to my bike and that was really nice to see, it was a great surprise for me.

“I have improvements on my package and this world is a world that at least to remain where you are you need to run forward.

“I think we already improved the package compared to last year’s, and we were able at least in this test to remain in similar positions and in a similar level as last year, and this is positive.” 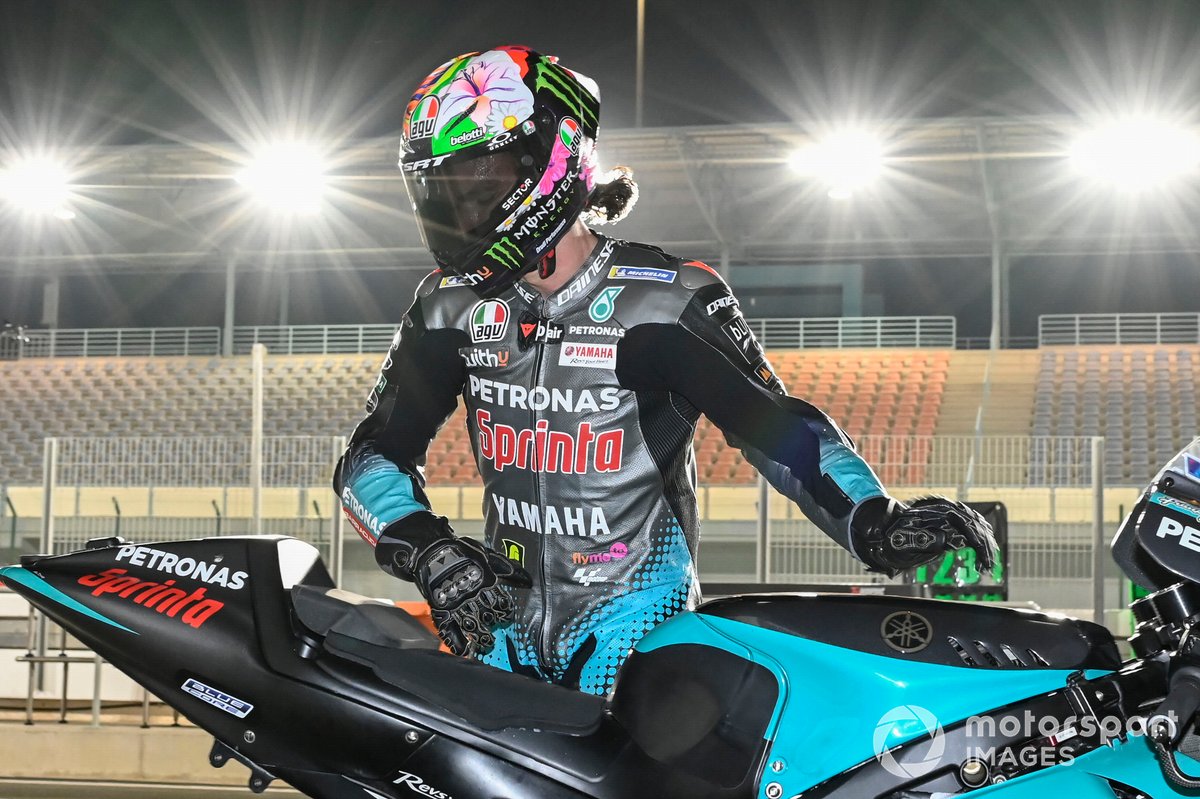 On Sunday Maverick Vinales admitted he’d shunned Yamaha’s 2021 chassis in favour of simply working on his own riding style on the 2020 bike to see if he could solve the M1’s weaknesses himself.

Morbidelli’s ability to extract the most from his bike last year was consistently highlighted as the key to his success.

The Italian says this is an ongoing process always as a rider, but admits he has “slowed down” in this regard during the Qatar test.

“Well, this test of course you’re always trying to find a way to feel better in riding and maybe to find the spot where you have some margin, or maybe to find an area where you feel you can exploit the lap time a little bit more,” he said.

“This is a thing a rider I think is consistently doing, trying to pick up the bike a bit better, trying to lean a little bit sooner.

“These are things that, or at least I do every time I go on the bike.

“Last year I found a pretty good way of matching the riding style to the bike I’m riding.

“I didn’t stop but I slowed down on trying to change the approach of the corners.”