Yamaha’s Franco Morbidelli says MotoGP riders “are not supposed to clean” tracks and doing so is “f****** dangerous”, following dirt issues on Friday at the Mandalika test in Indonesia.

Friday’s first MotoGP action in Indonesia since 1997 was halted for well over an hour in the morning due to the amount of dirt on circuit following earlier rain.

The stoppage was called to allow for track workers to sweep the surface, while a meeting was held between riders, Dorna Sports and the FIM’s safety officer Franco Uncini to find a solution.

Riders were asked to complete a minimum of 20 laps each to try and help clean the surface, which was met with criticism from some.

The session was able to run through to the chequered flag as lap times improved significantly, though only Honda’s Pol Espargaro was able to dip underneath the existing World Superbike lap record of 1m32.882s with his 1m32.466s.

Morbidelli was unhappy that riders were used as track cleaners, while applauding Ducati riders for leading the effort.

When asked by Autosport if riders needed more unity on these types of matters, Morbidelli – who was 12th-fastest on Friday – said: “The fact is that the rider is not supposed to do this job, they are not supposed to clean this track.

“Nobody wants to go out on track.

“The Ducati is a bike that has a lot of grip, also today I think we’ve seen once more – if you try to read through what happened today – we’ve seen the difference between the bikes.

“We saw many Ducati riders to ride when there was dirt on the track.

“They decided it was safe enough to go out there and clean the track, while for some other riders this was not the case. 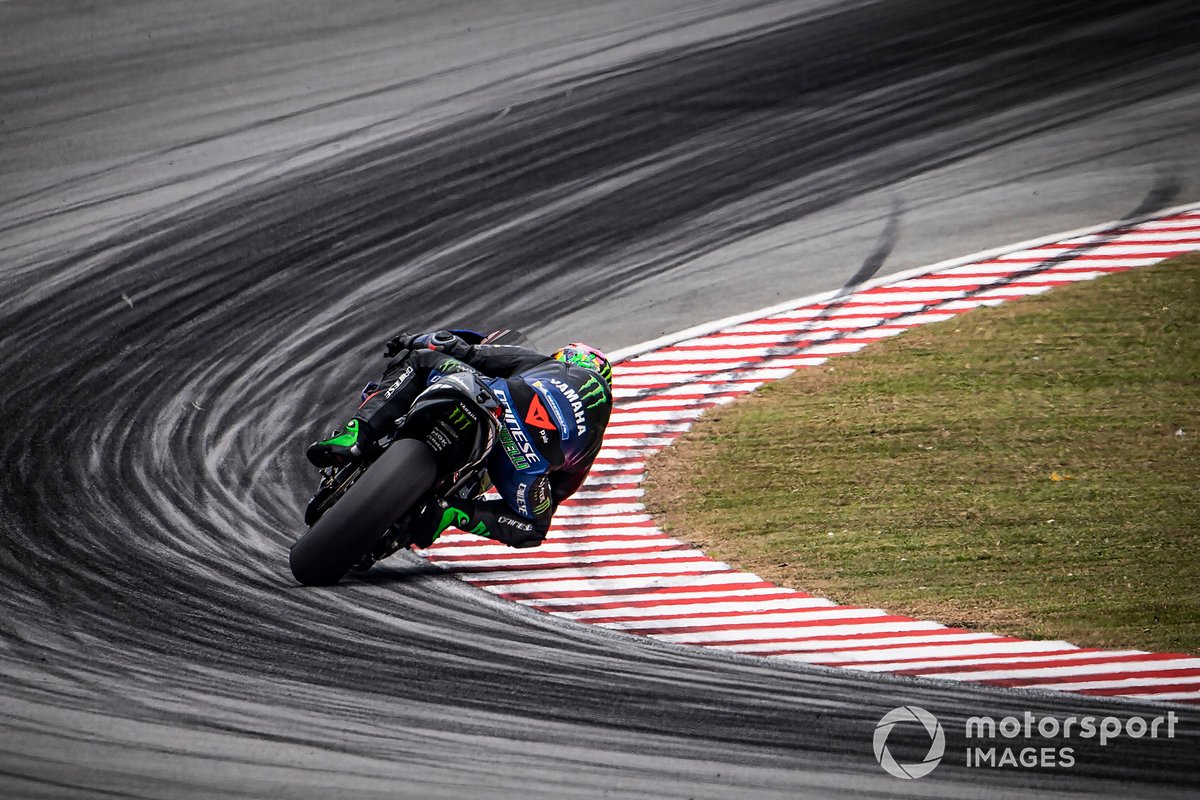 “They waited a little bit longer, but luckily some Ducati riders, some KTM riders went out on track, which – according to me – are the bikes with the most mechanical grip.

“So, that was good on them and step by step everybody got in line.

“But to decide together ‘hey guys, let’s go out on track together’ some of them are going to be afraid because their package is not as grippy as some other guys.”

RNF Racing Yamaha’s Andrea Dovizioso says the conditions faced on Friday “weren’t acceptable”, but concedes it was “the right decision” to send riders out to clean the circuit.

“The situation for sure wasn’t ideal, it was too dusty,” the Italian said.

“It wasn’t acceptable the conditions, we couldn’t ride.

“We had to ride because it was fortunately the right decision to do it, because at the end we created a really narrow line.

“But in that line you can push, you can understand the line of the track because you have the right speed in the middle of the corner.

“So, overall it was good to take that decision.

“Before the meeting, nobody wanted to ride because it was really unrideable.

“But at the end it was the right decision. The problem was the asphalt lost stones, so when you are behind a rider everywhere you were hit by stones. It's not the best.”