Marc Marquez says Friday at the 2022 Mandalika MotoGP test was the “first day that I’ve felt something special” on the new Honda.

The six-time world champion returned to action last weekend at the Sepang test having spent three months on the sidelines with a double vision issue, which ruled him out of the last two races of 2021.

Having only resumed his bike training two weeks before the Sepang test, Marquez admitted he was drained at the end of it – while he found it hard to understand the front end of the radically revised RC213V.

Marquez was a low-key 17th and 1.3 seconds off the pace on Friday in Indonesia, but says he was able “to feel the bike” better than he did last weekend in Malaysia.

“Today has been the first day that I’ve felt something special,” Marquez said on Friday.

“Malaysia was fast, but I don’t feel the bike.

“Today I start to feel the bike and already some changes.

“Let’s see tomorrow, we will do another change. But yeah, with a new bike, also with my situation of course I would like to have one or two days more.

“But in the end it’s like this and we will see, still two more days here.

“It’s true that today I started very early, like 9.30am I was doing laps, but then in the afternoon I said to the team ‘cool down, I cannot keep this rhythm’, because I already start to feel like tired.

“And then I cool down a bit, because I still need to ride the bike the next two days. But let’s see.” 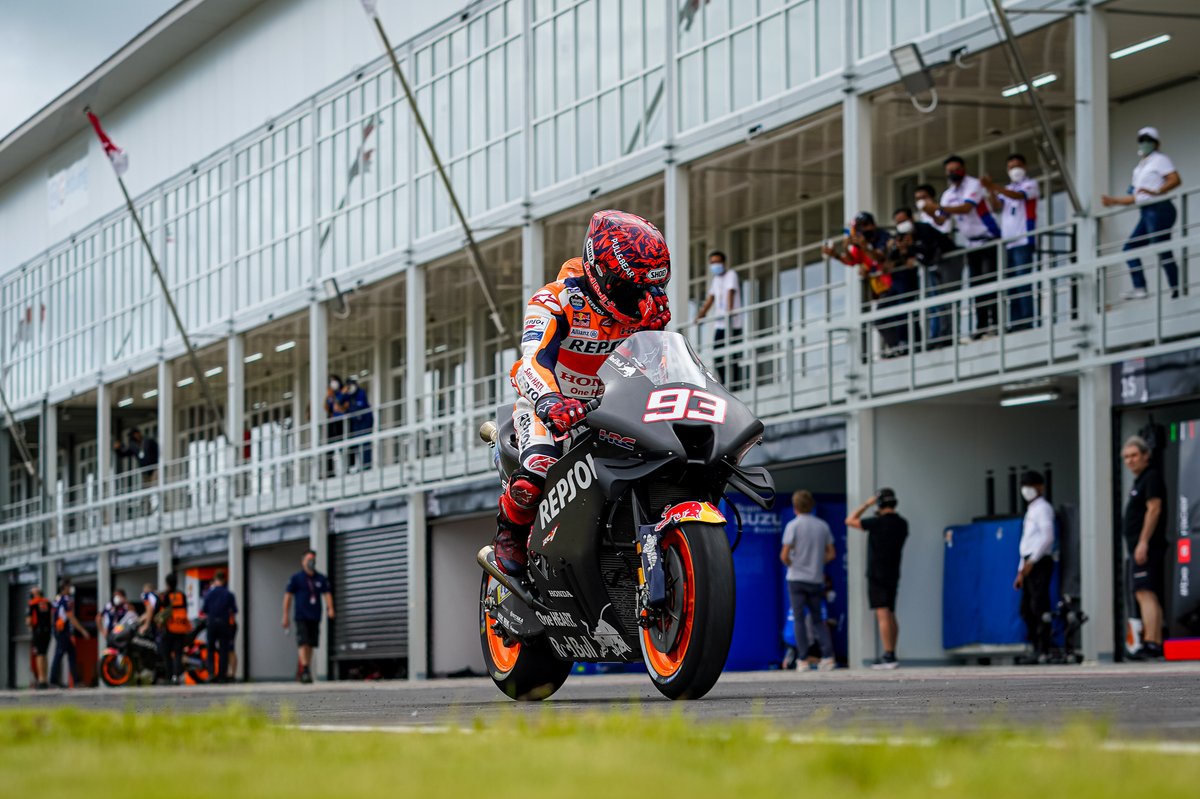 Marquez’s team-mate Pol Espargaro was fastest on Friday in Indonesia with a 1m32.466s and was similarly pleased with the progress made on the 2022 Honda from the last test.

In particular Espargaro says he is able to utilise the rear brake much more on corner-entry on the new Honda – something that has come as “pain relief” after a difficult 2021.

“I feel very comfortable, every time I ride the bike, I can use the rear brake more and this helps me to ride the bike,” Espargaro explained.

“But on the new Honda you can do that [use the rear brake on corner-entry] and, for me, this is an amazing pain relief.

“Here I used it a lot, even if the track wasn’t super grippy, I can use it and still I could manage to make the corners in the way I like.

“So, for sure it’s super-important for my riding style.”