Miller ended Friday’s running fastest of all after posting a 1m53.387s in the second session, leading a Ducati 1-2 ahead of factory team-mate Francesco Bagnaia.

Morbidelli topped FP1 after setting his best effort on a 16-lap-old rear tyre, and was 0.289s off Miller’s time in seventh on the combined order after FP2.

Miller admits the closeness of the pack after Friday – with 16 riders covered by under a second – has made him “a little scared” for qualifying, but believes Morbidelli is the one to beat.

PLUS: The past clues which hint at the MotoGP order in Qatar

“As you see the times are incredibly close already,” Miller said on Friday.

“It’s FP2. I was top but [Johann] Zarco is fourth and he’s not even two tenths away from me and I was seven thousandths away from the lap record.

“It’s not normal to do that in FP2, let’s say. I’m a little scared about qualifying where that is going to leave us, but there’s many guys going fast here.

“Right from the start Franky was fast and strong, he did a fastest lap this afternoon [in FP1] in the third run and he didn’t change tyres, unlike the lot of them.

“I had to change tyres, my plan was to be like Franky but when I threw the bike in the gravel I had not no other choice.

“From my book, Franky is the man to beat, but we will see what happens.” 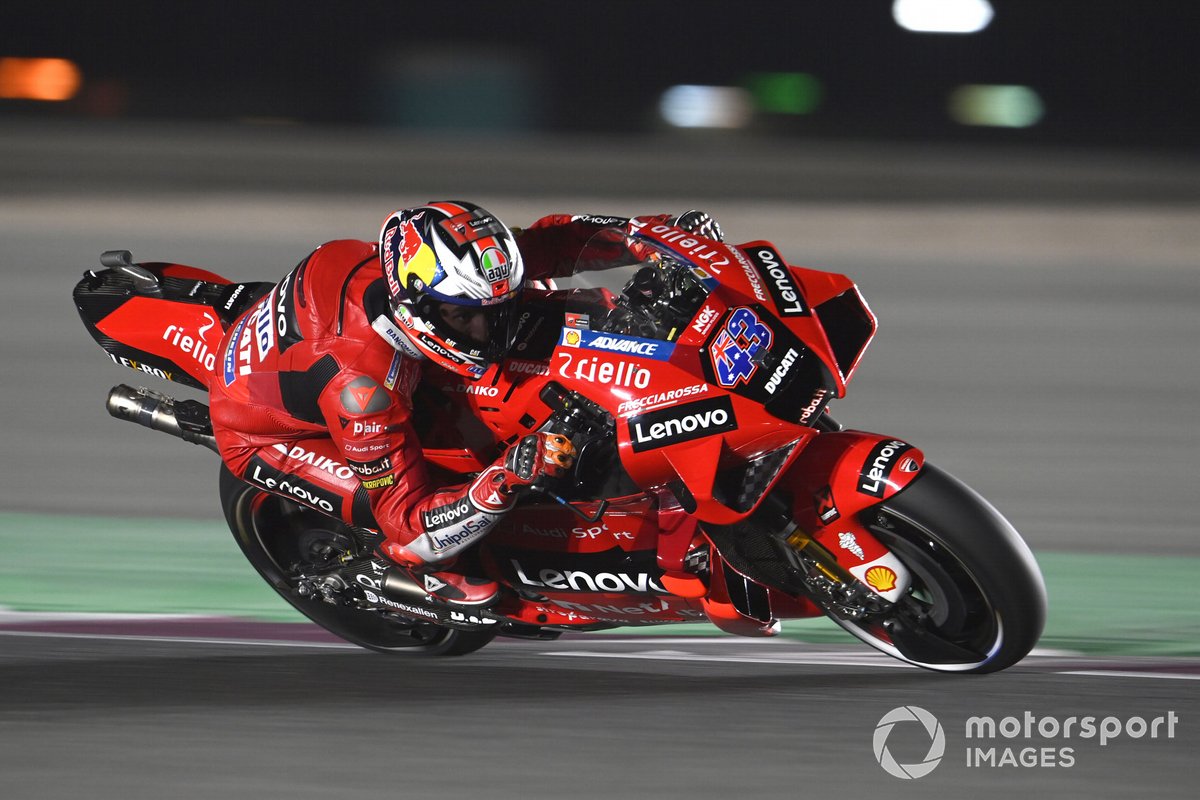 Morbidelli disagrees with Miller’s assessment, and feels Ducati remains the favourite having been able to match its pace from testing while the SRT rider struggled in the evening session.

“Looking at the numbers and looking at today’s chart, it looks more like the Ducatis are the favourites,” he said when asked by Autosport what he thought of Miller’s comments.

“But nothing is set yet, so we should wait a little bit more into the weekend to predict something I think because today is the first approach and it looks like the Ducatis, especially tonight, found the speed that they had at the test – nothing less, nothing more, while we are struggling a bit more to get that same speed.”