Pre-season pacesetter Miller picked up where he left off testing by topping the early part of FP1 with a 1m56.160s, while fellow Ducati rider Johann Zarco became the first crasher of the 2021 season when he slid off his Pramac GP21 at Turn 4.

Turn 4 would catch out Miller with 23 minutes of the session remaining, with the Australian having a similar crash to Zarco in losing the front-end under braking for the right-hander.

Top spot changed hands a number of times across the early part of the session as the riders cleared the desert dust from the Losail track, Honda’s Pol Espargaro trading first place with his Aprilia-mounted brother Aleix, Yamaha duo Fabio Quartararo and Maverick Vinales and Francesco Bagnaia on the sister works team Ducati.

Morbidelli took over top spot with a 1m55.266s with just under 15 minutes of the session gone, before improving that to a 1m55.092s around 15 minutes later.

The SRT rider’s time finally fell in the dying stages when Espargaro powered his Aprilia to a 1m55.046s.

But this was to be short-lived, as Morbidelli produced the first sub 1m55s lap of the weekend on his ‘A-spec’ Yamaha with a 1m54.921s.

Espargaro shadowed him by 0.125 seconds, with Miller completing the top three having regrouped from his earlier spill. 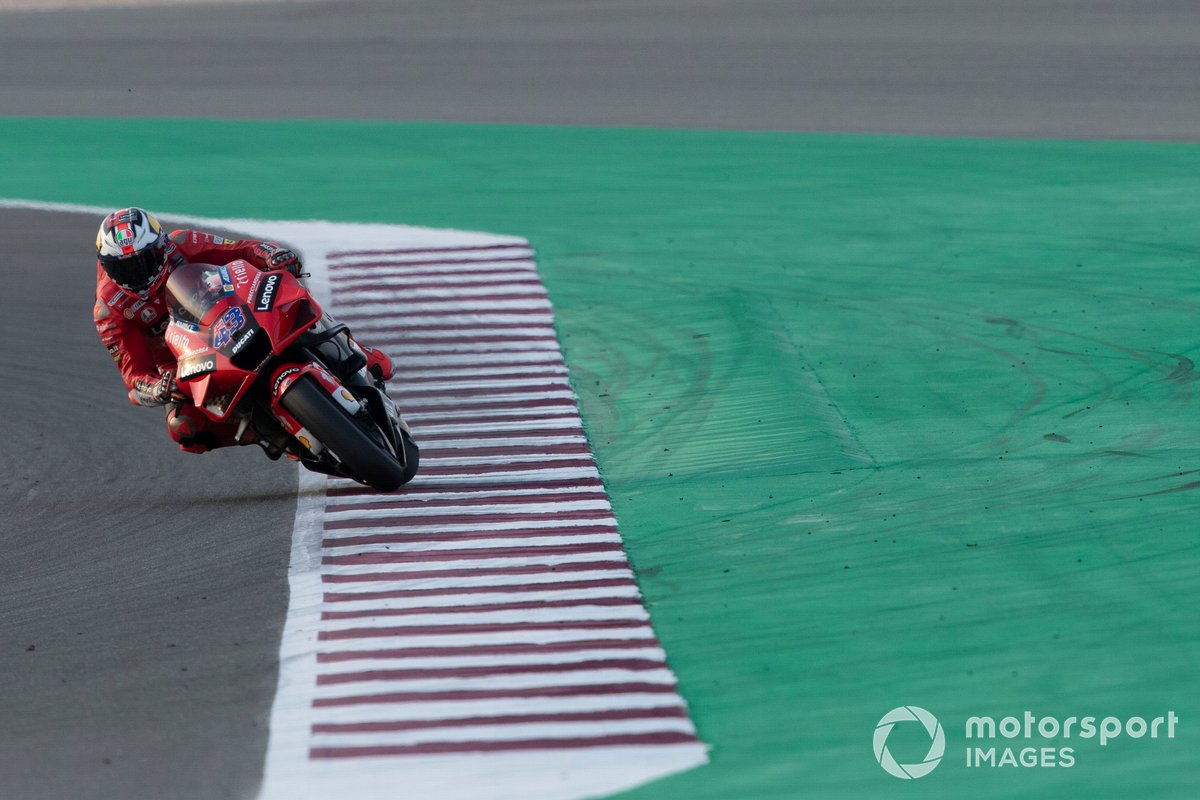 Quartararo fired in a late 1m55.213s to end his first session as a factory team Yamaha rider fourth ahead of reigning world champion Joan Mir, who leaped up to fifth at the end on his Suzuki.

These improvements shuffled Vinales – who is without his crew chief until at least Sunday following a reactive COVID test - back to sixth ahead of the sister Suzuki of Alex Rins, while Bagnaia ended FP1 eighth.

Valentino Rossi was just 0.498s off the pace in ninth at the end of his first official race weekend session as a Petronas SRT rider, while KTM’s Miguel Oliveira rounded out the top 10.

LCR’s Alex Marquez – who is also without his crew chief to start the weekend – headed his team-mate Takaaki Nakagami in 11th, while Zarco recovered to 13th after his crash.

Pol Espargaro fell from his factory Honda at Turn 6 midway through the session, ending the first session 15th behind temporary team-mate Stefan Bradl.

Enea Bastianini was the only other faller in the session, the Avintia rookie and reigning Moto2 world champion sliding off on the fast approach to Turn 1.

He walked away unscathed and ended the afternoon 18th behind fellow rookie and team-mate Luca Marini.