Franco Morbidelli believes the blame for clash with Honda’s Pol Espargaro on lap one of the MotoGP French Grand Prix which led to the former crashing “has to be shared”.

Honda’s Espargaro had a big moment exiting the Chemin aux Boeufs chicane on the opening lap of Sunday’s 27-lap Le Mans race which cost him drive and forced Morbidelli to move up his inside into the next corner.

But Espargaro braked hard into the following turn trying to pass the other Petronas SRT Yamaha of Valentino Rossi, with Morbidelli forced to sit up after a touch and run into the gravel where he crashed.

Espargaro thinks only Morbidelli is to blame for the clash, though branded it as a “racing incident”. 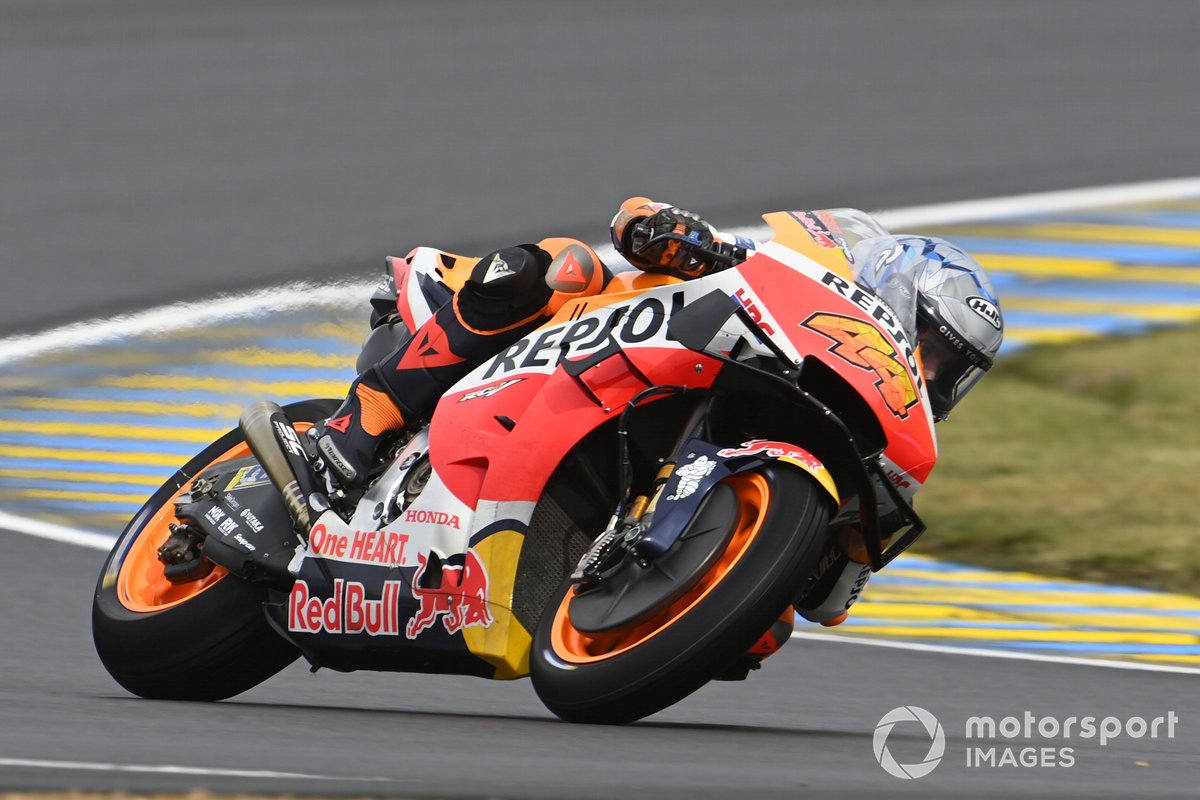 “Well, the problem there is that Morbidelli comes in too hot and just did a mistake on brakes and he took me out,” Espargaro said.

“I have Valentino on the outside, I took out Valentino. Actually I found Valentino here in the paddock, we talked shortly and he agreed with me.

“This is something that in the races can happen.

When Espargaro’s comments were put to Morbidelli by Autosport, the Italian replied: “I think that the blame has to be shared because when I saw that Pol had the moment, I thought immediately he was out.

“So, I went to overtake him just because I had much more speed and I went on the inside and I thought after the moment he would have taken the next corner a bit more carefully.

“Instead, after that moment he was really good and aggressive to try to immediately attack Vale and I wasn’t expecting that.

“I just hit him on the rear and ended up on outside of the track and I couldn’t control the bike. That’s the incident according to me.”