Petronas SRT’s Franco Morbidelli says he hasn’t held any discussions with rival teams for the 2022 MotoGP season, but is “conscious” of the interest in him from other manufacturers.

The 2020 MotoGP runner-up has a two-year deal in place with SRT that runs to the end of 2022, but SRT is yet to confirm its future plans beyond this season.

Yamaha has been linked in tying up with Valentino Rossi’s incoming VR46 team from 2022, though rumours suggest a deal between VR46 and Ducati is looming.

After a tough start to 2021, Morbidelli hasn’t hid his dissatisfaction with Yamaha over his own technical situation, having been forced to continue with the 2019 ‘A-spec’ M1 despite ending 2020 as comfortably Yamaha’s top rider with three victories.

Despite this, Morbidelli hopes SRT’s and his relationship with Yamaha continues beyond 2021 – but is aware of interest in him from outside of his current surroundings. 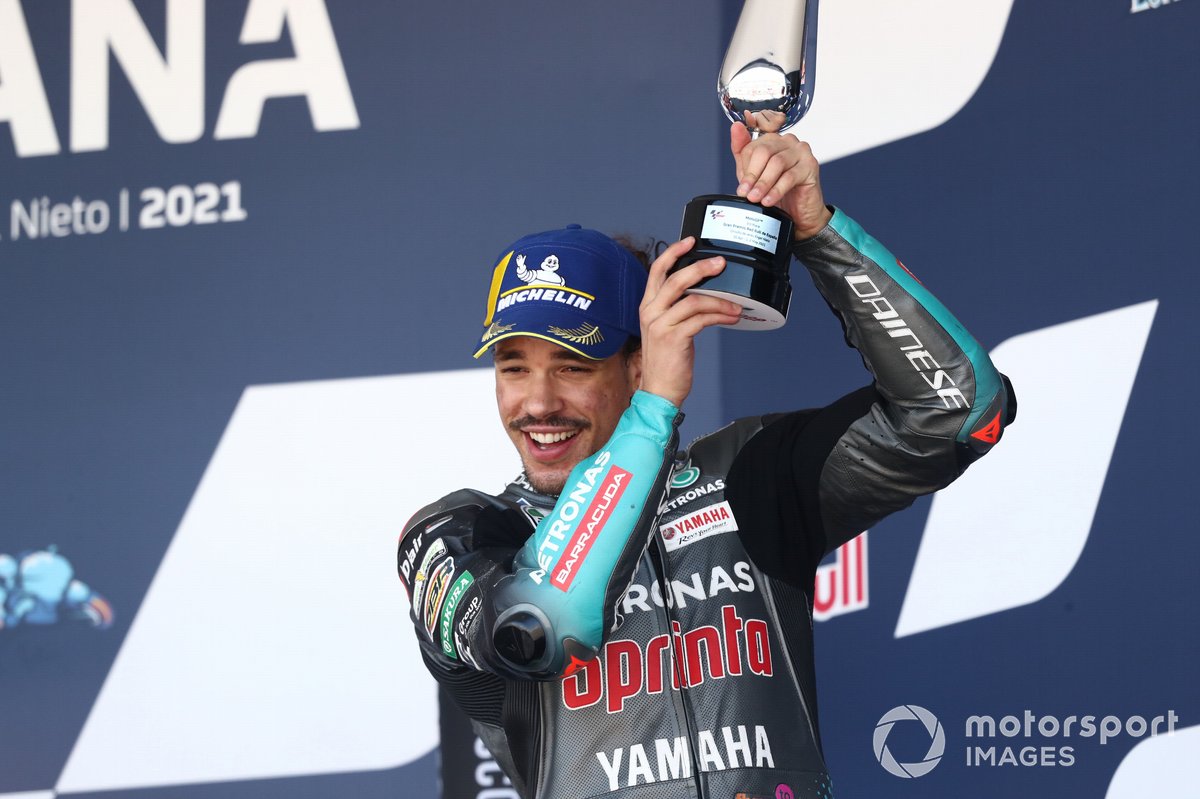 “If I will be supported with an updated machine, my love for Yamaha will be even bigger.

“Nothing is clear yet because we have to wait a little bit more time for some confirmations, such as the relationship between Yamaha and my team.

“This is already a big thing to be confirmed for me in order to understand what I want from Yamaha.

“First of all, I need to understand if Yamaha is going to continue with my team.

“That’s a big impediment for me right now to make questions to Yamaha.

“I didn’t talk personally with anybody else that is not my team.

“But I didn’t talk personally with anybody.”

Morbidelli admitted after his Spanish Grand Prix podium that he had frank discussions with Yamaha boss Lin Jarvis about his current technical situation.

Jarvis has previously stated Morbidelli deserved factory machinery but it simply wasn’t possible for 2021 when the decision on bike specs for Yamaha’s riders was taken last season.

Morbidelli is currently 47 points off championship leader Fabio Quartararo on the factory Yamaha after crashing in last week’s French GP and only able to recover to 16th after re-joining the race.

Pramac rider Martin out of Mugello MotoGP round