Suzuki’s Joan Mir says his recovery to sixth from 17th in last Sunday’s MotoGP Indonesian Grand Prix was ‘not possible’ had it not been for the rain.

The 2020 world champion was unable to make it directly into the Q2 segment of qualifying from practice and was left stranded in 18th on the grid after a late tumble in Q1 – though Marc Marquez’s withdrawal from the race promoted Mir to 17th.

All weekend the Suzuki rider struggled for rear grip on Michelin’s 2018 tyre construction it had brough for the Indonesian GP in response to the extreme heat.

Mir used the wet conditions to leap up from 17th to eighth on the opening lap of 20, and went on to salvage a solid sixth behind Suzuki team-mate Alex Rins.

Though he found small dry set-up gains in Sunday’s warm-up session, Mir admits his charge to sixth wouldn’t have been possible had the race not been wet.

“Well, in the warm-up we improved a little bit,” Mir said when asked by Autosport if Sunday’s thunderstorm was a blessing for him.

“I was struggling a little bit in sector four, but to make sixth position in completely dry, I think it would be something really difficult.

“I don’t think that it was possible. It’s a really important result because it could have been a lot worse.” 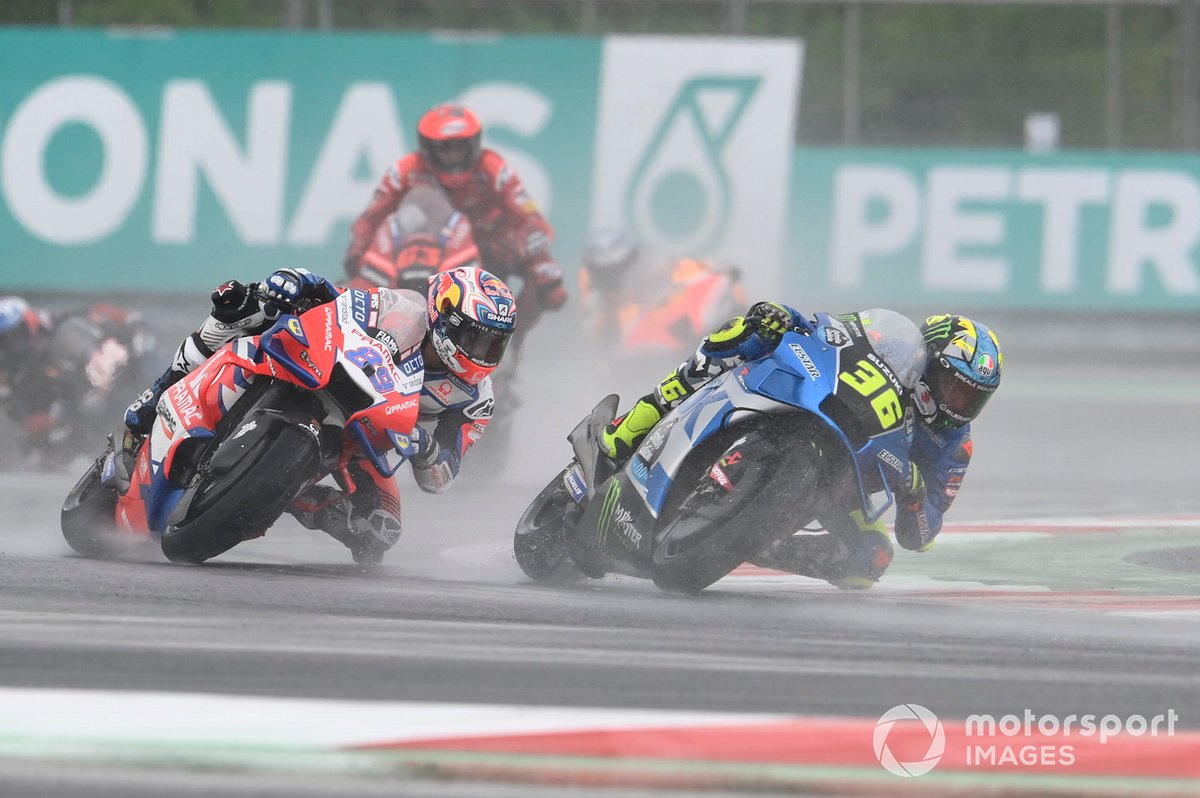 The race was shortened from 27 laps to 20 over safety fears prompted by the Mandalika track surface breaking up in the last corner.

Mir admits this “was a shame” because he felt he could have advanced on the sixth he eventually took the chequered flag in.

“Well, finally I was able to get back a bit the feelings that make me fast and I’m happy,” he added.

“Just one thing that was not positive is that we’ve been working in the direction of all the weekend, that we were struggling a lot, and in this race I was really struggling to stop the bike.

“I was going really wide, I think in every lap I went wide in Turn 10 and was difficult.

“But we have to be happy, because we made a really good first laps.

“It was a shame it was a 20-lap race, because I had something more at the end of the race. But anyway, it’s ok like this.”

Bagnaia “has a lot of questions” about dismal Indonesian MotoGP result