Reigning MotoGP world champion Joan Mir says he “must win two or three races” to retain his crown in 2021, after finishing fourth in the Austrian Grand Prix.

Mir has so far only scored three podiums from the first 11 races of the Suzuki rider’s title defence, while runaway championship leader Fabio Quartararo has won four races on his way to a 47-point advantage.

The Spaniard salvaged fourth from the chaotic end to last Sunday’s Austrian GP, when he pitted for his wet bike as the rain fell heavier whilst running in the lead group.

Beating Quartararo in both Austria races, Mir has now moved up to joint-second with Ducati’s Francesco Bagnaia – but concedes he will be “surprised” if wins the 2021 title without claiming a “minimum of two” race victories.

“I think that we must win two or three races to get the championship,” Mir, who only one once in 2020 on his way to the title, said.

“Now it’s better races coming for us, more favourable and I think we will get the opportunity in some races.

“But the important thing again is to stay on the bike, like this race, to continue improving, the bike also and for sure to win races.

“It will be the key, I think we will need to win a minimum two races to win the title.

“I would be surprised if we didn’t need it.” 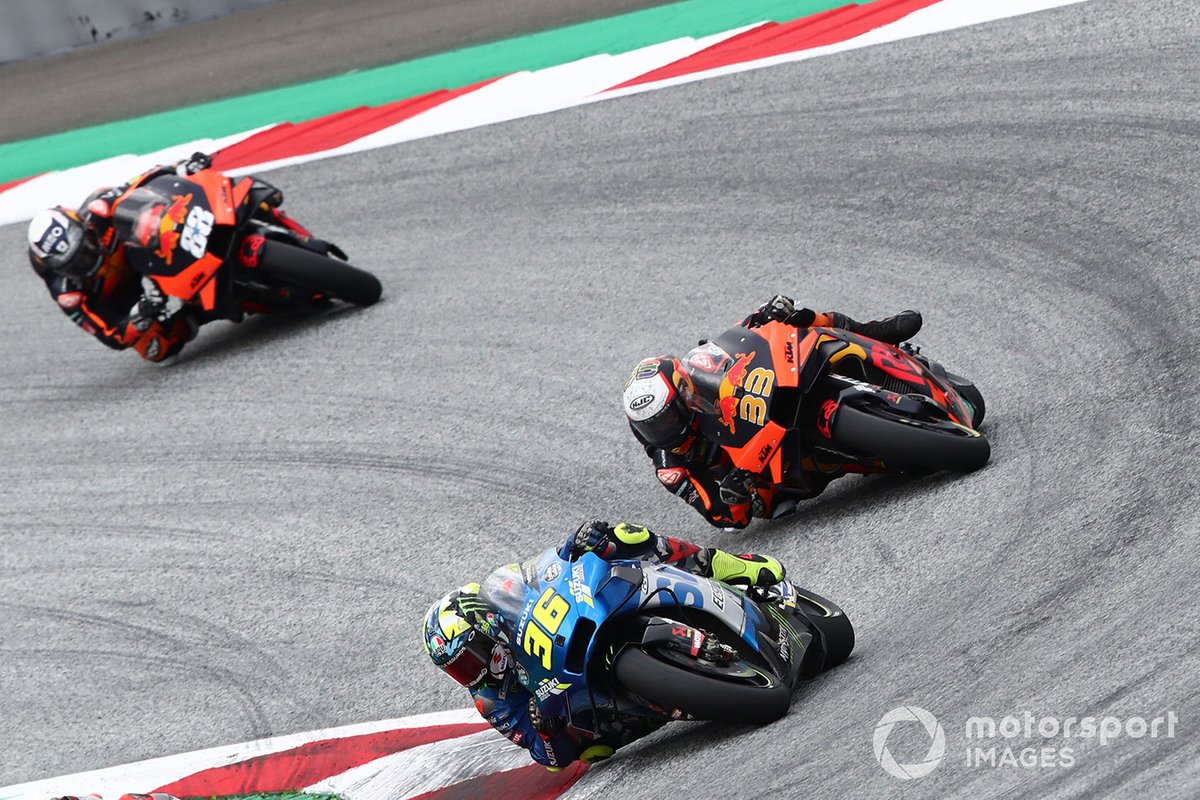 Commenting on his decision to pit for his wet bike in the Austrian GP, Mir believes race-winner Brad Binder’s gamble to stay out on slicks was the correct one – but the Suzuki rider was somewhat influenced by his own championship situation.

“Well, honestly inside my mind I was thinking to stay out because it was only three laps to go and I think that we could fight for the victory in that case, because Binder stayed out,” Mir said.

“But on the other hand, I was there in the group and I saw that Fabio, Bagnaia, all my direct rivals were going in and then my choice was easy to do - just follow them and that’s it.

“But in some moment, what are we doing, because it’s only three laps to go.

“But I think it was probably the same option to win if we stayed on track or if we stopped in the pits to change tyres in the moment.

“Of course, if I’m in another position I would have decided to stay out, I think Binder did the right thing for sure.

“But I think that we have to think in some aspects also about the points and to do it correctly I think.”