Reigning MotoGP world champion Joan Mir says he was “missing a lot” in Qatar Grand Prix qualifying but is “confident” of being able to recover from 10th on the grid.

Mir ended Friday “very pissed off” after missing a place in Q2, with suboptimal track conditions on Saturday in FP3 resigning the defending champion to running in Q1.

The Suzuki rider managed to progress into Q2, but could only manage 10th and almost a second slower than poleman Francesco Bagnaia's Ducati.

Explaining his issues, Mir said: “I’m not happy about the qualifying.

“We still missing a lot, I try as hard as I try, it was the situation. I’m not happy but I am confident that tomorrow we will make a great race and also, I think we start in worse positions.

“I was struggling a lot all weekend to stop the bike. I’m really on the limit on brakes and going into the corners.

“I think that first we have to fix that. And then if you look at the lap times of everybody, I think that… well, first I was not really consistent on my lap times because I was making one sector good, then the other one not because I was overtrying. 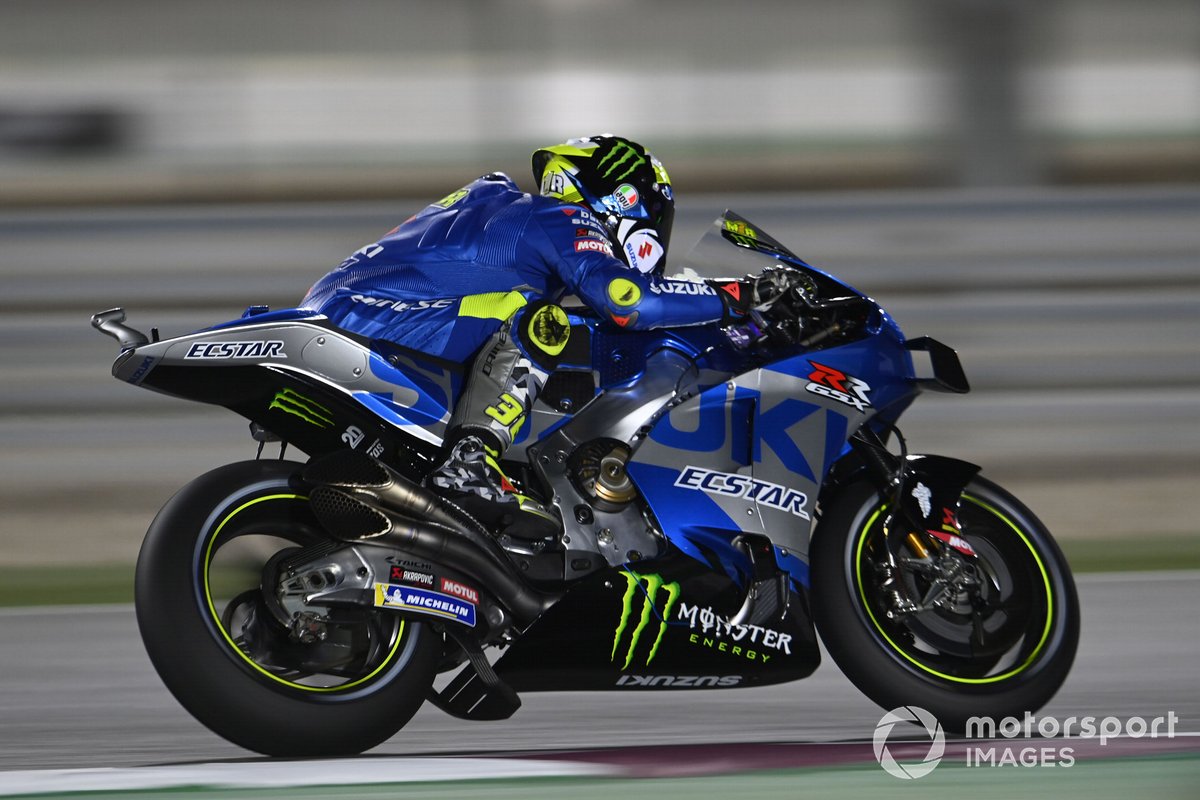 “I was too aggressive probably and this made everything a lot worse. The ideal lap time is a lot better, it’s something that we can start from that lap time, not as far as we are now.

“That is not probably the real situation. But we still missing a couple of tenths."

Mir cited the "unbelievable" straightline speed of the Ducati - the Italian marque breaking the all-time MotoGP speed record in FP4 when Pramac rider Johann Zarco was clocked at 364.4km/h - and estimates that it was worth "probably took three, four tenths" in qualifying trim.

“But realistically I think the 1m54s lows, this is what we have to do [in the race]," Mir added.

Mir also noted his qualifying was complicated further by being unable to do more than one flying lap on a front tyre, which he blames on not having “everything on point” with the Suzuki.

Following qualifying, Mir was handed a fine 1000 euro fine for exiting pitlane at the start of Q1 before the session was given the green light – which is deemed by the rule book as gaining an advantage and resulted in him losing his first Q1 lap time.