Miller tried to apologise to Lorenzo for Austin MotoGP lunge

Jack Miller has revealed he tried to apologise to Jorge Lorenzo for his aggressive pass on the Ducati MotoGP rider at Austin, but the Spaniard "wasn't having any of it"

Lorenzo endured a miserable race, sliding down the order and losing several places in the closing stages to drop to 11th at the finish.

That included a near-miss with Miller's satellite Pramac Ducati, when the Australian dived down the inside into the Turn 1 hairpin, and Lorenzo had to pick his bike up in the corner to avoid a collision.

"I tried to apologise after the race, say sorry, but he wasn't having any of it," said Miller.

"I came in and he was running a really strange line into there, tipping really late into the corner.

"I didn't feel any contact, I don't think there was contact. But it was a late move.

"At that point I felt his pace was dropping and I found my opportunity and I had to take it, I guess."

Lorenzo, who said his poor race left him "very sad" afterwards, suggested that race officials should look into dangerous moves even if the riders involved manage to avoid a collision.

"If I don't pick up the bike, I crash," said Lorenzo when asked about Miller's move.

"If the other rider doesn't contact, impact you, or you don't crash, they [the stewards] don't do nothing. [It's] always the same riders, these actions.

"But the race has been so bad that it's not worth it to speak about these things." 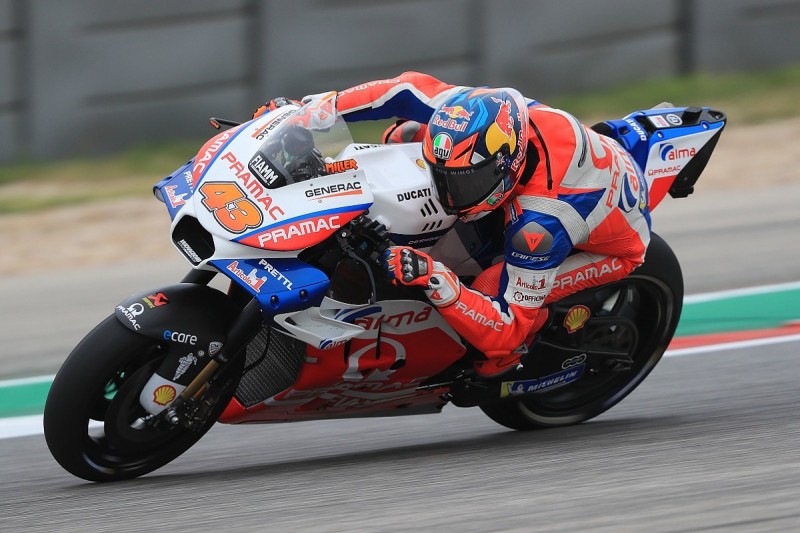 Miller admitted after the race he battled through the Austin weekend with a shoulder injury he sustained in a mountain biking accident.

"We kept pretty quiet about the shoulder all weekend, but now we're done, I can admit that it wasn't great," he wrote in a column on the Red Bull website.

"I was out training in California after Argentina, and I fell off doing some mountain biking.

"The injuries are nothing that some rest time and recovery can't handle, but I ended up with some muscle damage, some bruising and a little tear on my rotator cuff on my right shoulder. And a crack in my collarbone as well.

"I tell you, sometimes the time between the races can be more dangerous than the race weekends themselves."

Yamaha has made 'big improvement' on 2018 MotoGP bike's weaknesses