Johann Zarco is set to join the KTM MotoGP team for the 2019 season, Autosport has learned

The Frenchman has been linked to a KTM move since last year, although Honda and Suzuki are both known to have also been interested in securing Zarco's services for next season.

It is understood the Tech3 Yamaha rider reached a verbal agreement during last weekend's Austin round with KTM motorsport director Pit Beirer and Thomas Uberall, who acts as motorsports manager for the team's title sponsor Red Bull.

The deal, when formalised, will commit Zarco to the KTM works team until the end of the 2020 season.

Bradley Smith is set to lose his KTM seat to make way for Zarco, while Pol Espargaro will stay on.

Zarco had been the centre of speculation during the season opener in Qatar, where he expressed interest in joining a Honda "dream team" with reigning world champion Marc Marquez - who recently concluded a new contract to stay with the firm.

But the prospect of sharing a garage with Marquez is believed to have put Zarco off such a move, with one well-placed source telling Autosport: "Being Marc's team-mate is not easy to accept." 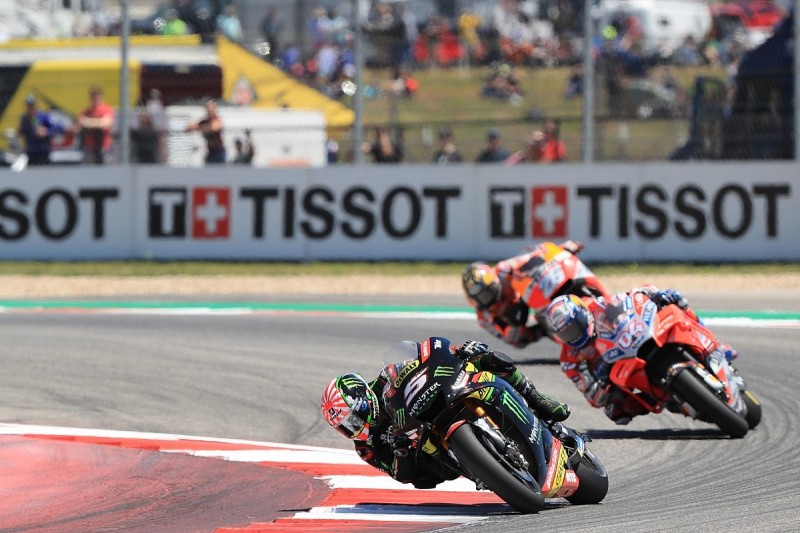 Zarco's decision to choose KTM comes as a major boost to Dani Pedrosa's hopes of staying on at Honda.

Pedrosa's run to seventh place at Austin just 12 days after undergoing surgery on a fractured wrist will have done no harm to his prospects of securing a fresh deal with the team where he has spent his entire premier class career.

Honda is still keen for Pedrosa to prove himself worthy of keeping his place as Marquez's team-mate in the upcoming races, and continues to evaluate possible alternatives.

Moto3 champion Joan Mir remains on Honda's radar, and is also a contender to replace Andrea Iannone at Suzuki should its bid to lure Jorge Lorenzo away from Ducati fail.

Zarco is said to have shown no interest in a Suzuki move, following its decision to cancel a pre-agreement it had with the then-Moto2 champion in 2016 and sign Alex Rins instead.

Miller tried to apologise to Lorenzo for Austin MotoGP lunge