The Australian said at the end of last season that he felt his three-season stint with Pramac from 2018-2020, in which time he scored nine podiums, "closed a few mouths".

Miller's efforts in 2018 and 2019 both on track and in developing the Desmosedici netted him promotion to Ducati's factory squad for 2021 before last season got underway.

Speaking at Ducati's official 2021 launch presentation on Tuesday, Miller says a desire to prove his doubters wrong continues to motivate him even as a factory team rider.

PLUS: How Ducati can channel Stoner with its latest MotoGP Aussie

"There's still people out there that will say what they will, but for sure I just want to just try and do the best I can.

"I think if we can continue to grow and the results continue to get better and better, that will take care of itself." 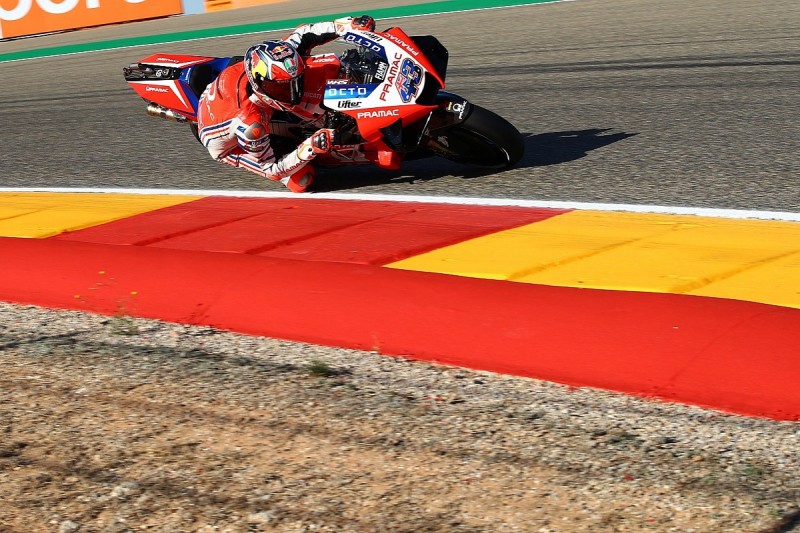 Triple World Superbike champion Bayliss won the Valencia Grand Prix as a stand-in for Ducati in 2006, while Stoner famously won the Italian marque's only MotoGP title to date in his first season with the brand in 2007.

Asked if the history of Australians on Ducatis in MotoGP is added pressure on him, Miller responded: "For me a big motivation was growing up watching guys like Troy and Casey ride in these colours, that's why I think it means something extra-special for me as it's something I grew up idolising.

"Pressure is what you put on yourself, I think I'm my own biggest critic.

"I put enough pressure on myself as is, I don't need to go looking to try and find it.

"I don't think it gives me any extra pressure.

"Those guys were and still are fantastic motorcycle riders and I'm just trying to be the best I can be, but for sure you want to arrive on those guys' level. But only time will tell."