Ducati’s Jack Miller says his qualifying for the MotoGP British Grand Prix was hampered by issues with both new tyres he used, something which “definitely pisses you off”.

The Australian has been in strong form all weekend so far at Silverstone and was expected to be in the hunt for pole position on Saturday.

But after setting the fastest time in FP3, he instead ended up seventh, 0.479 seconds off poleman Pol Espargaro (Honda) and 0.458s adrift of Ducati team-mate Francesco Bagnaia in second.

When asked if he had expected more from qualifying, Miller replied: “Yeah, well when you go and do a lap time on a used tyre that’s exactly the same as on a new one in FP3 and then you can’t go any faster in the qualifying, putting in two new tyres, it’s kind of hard.

“It definitely pisses you off. I had two new tyres, the fact is they didn’t work as good as the other one.

Inconsistencies in Michelin tyre performance from one tyre to the next in the same compound range have been a common issue in recent seasons, but Miller couldn’t offer a solution to the problem.

When asked by Autosport what the riders could do as a collective to try and have the issue rectified, Miller said: “Your guess is as good as mine at this point. 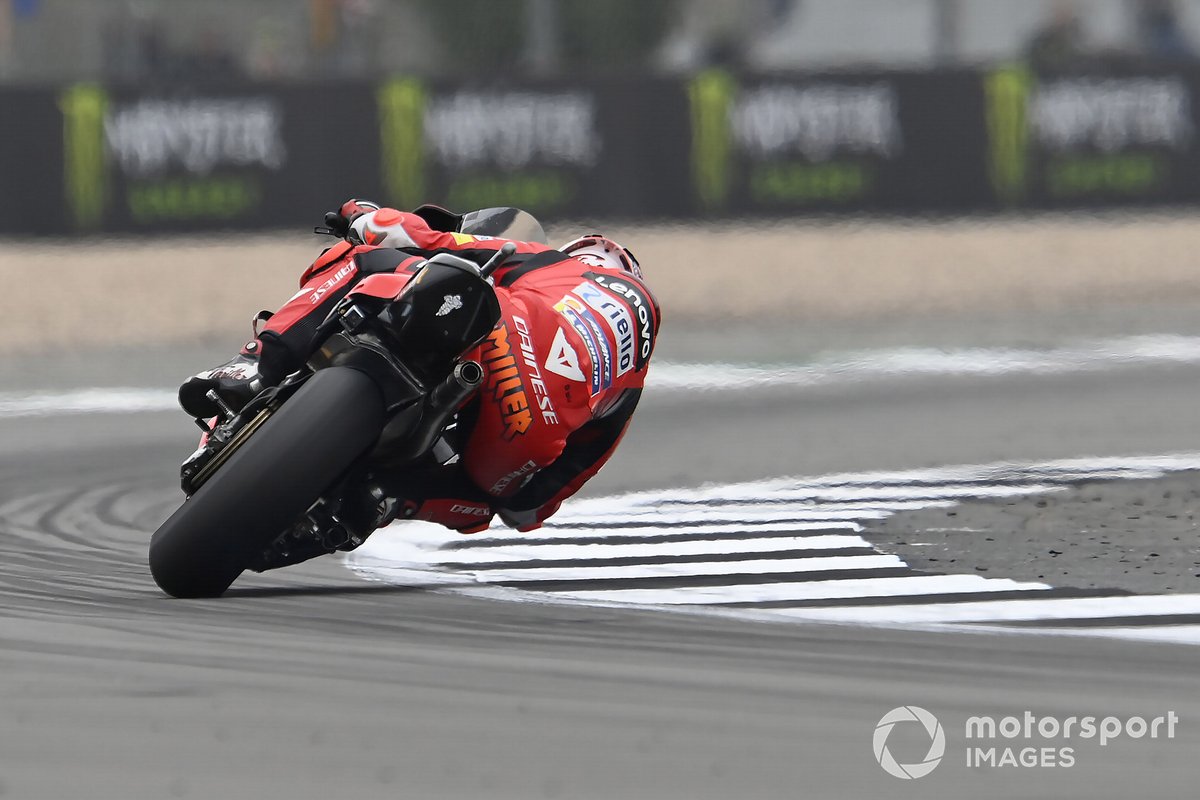 Team-mate Bagnaia admits he was “disappointed” at first when he saw Pramac Ducati rider Jorge Martin had posted a 1m58.008s to go fastest of all at the end of Q2 – though the lap was later cancelled as the rookie had cut the Vale section of track.

Having struggled in the past at Silverstone, the Italian is pleased to be “very confident” on his Ducati and is expecting a strong Sunday.

“I think we have worked very well this weekend,” he said.

“At the start I was struggling a bit, but every session we did a step in front and in the FP4 I was very confident with my bike.

“For sure Fabio [Quartararo] was a bit faster, but tomorrow in the race I think it will be three, four riders in front fighting.

“In qualifying I was a bit disappointed when I see 1m58.0s by Jorge, I was thinking it was impossible and then they cancelled it.

“I really like this track, the layout and everything. But always I struggled a bit, so I’m very happy to be strong and competitive this year. I think tomorrow we can make a very good race.”