Factory Ducati rider Jack Miller says he and his team are currently ‘chasing our arse’ looking for marginal gains with its 2021 MotoGP bike in Qatar pre-season testing.

Due to the COVID-19 pandemic, all official pre-season testing has been confined to the Losail International Circuit and the riders will have just five days of running before the opening two rounds at the circuit.

Only KTM and Aprilia have been able to build completely new bikes for 2021, with COVID cost-saving restrictions meaning Ducati, Yamaha, Suzuki and Honda have to carry over their 2020 engines to this season.

As a result, Ducati's GP21 bike that Miller – who was second quicker on Sunday - has been testing this weekend isn’t a radical step forward over last year’s model, which means Ducati is having to “nit-pick” where it can gain lap time in Qatar.

The Australian was second-fastest on day two of the test, 0.077s slower than pace-setting Yamaha factory rider Fabio Quartararo, with track running resuming on Wednesday.

When asked if the test schedule being broken up by two days off changed his programme, Miller replied: “Yeah, thank God I’m not doing race runs just yet. A few days off will be nice to let the body recover a little and back into it again.

“For sure it’s different, but in saying that I think it’s good, especially for the rookies. They get a lot of days riding the track and they get to race at the track.

“It’ll help them, but in terms of us, the guys that have been here already it’s kind of weird because we’re just sort of trying to chase our arse a little bit, just sort of nit-pick here and there on the bike and try and understand what we can improve and what we can’t.” 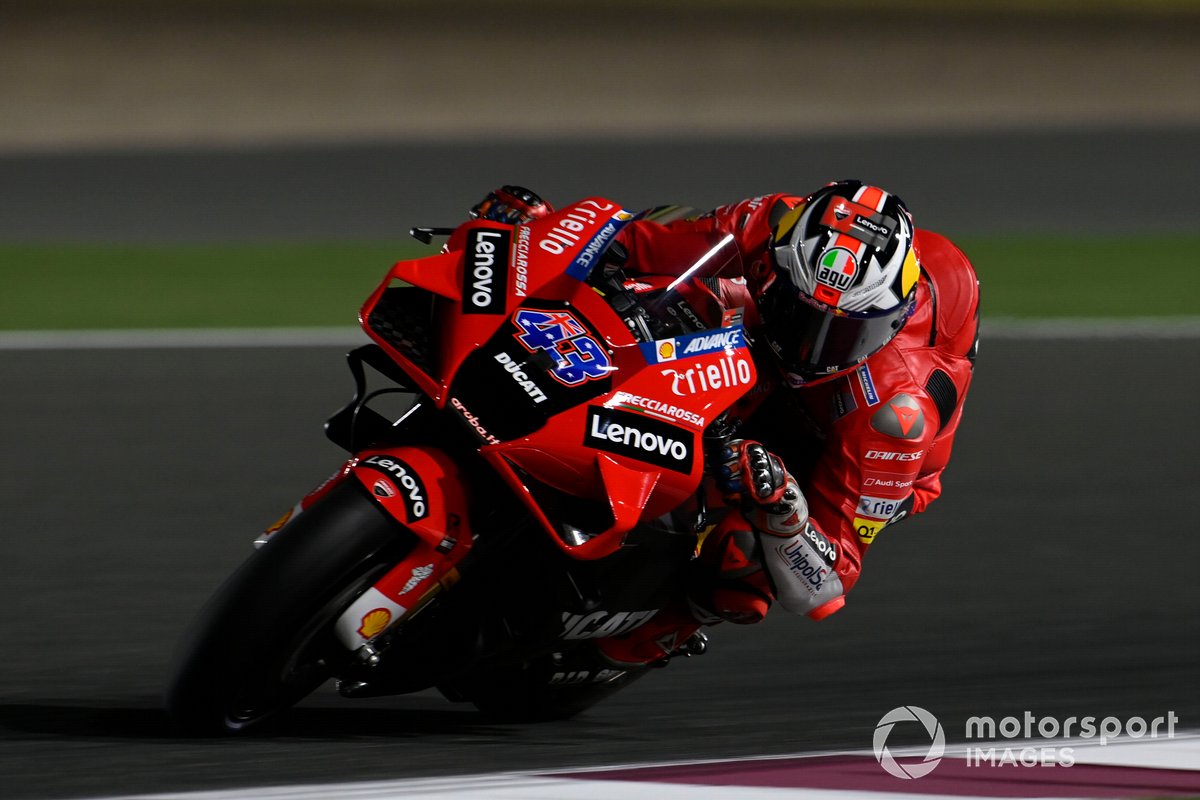 One of the most significant updates Ducati has brought to the GP21 is a new aerodynamic fairing concept, which Miller spent much of the day testing on Sunday.

Although he felt the bike had gained some stability with the new fairing, Miller doesn’t feel it has changed much from the 2020 version.

“I had that [new fairing concept] one pretty much the majority of today, only doing a back-to-back with the older one,” he added.

“I’m pretty positive with it, we’ll have to look at it a little bit more and see if they can develop it further or if that’s what we got for the season.

“But pretty happy with how it’s going, but we didn’t lose any speed, so that’s a positive.

“It’s quite similar [to last year’s], nothing really strange. The bike’s got maybe a little more stable, but that’s about all.”

Mir hopes Miller will “learn” from their Portugal MotoGP tangle