Miller swapped a Honda for a Ducati last year and hit top form with the Desmosedici bike towards the end of 2019, scoring three podiums in the last six races and five overall.

The Aussie thus stands as one of the few riders to prove unequivocally successful in swapping bikes in MotoGP as of late, against the backdrop of Jorge Lorenzo and Johann Zarco both failing to get to grips with new machinery at Honda and KTM respectively this year.

Commenting on Lorenzo's situation, Miller stressed the now-retired three-time world champion was "for sure no slouch".

"At this time in MotoGP history it's kind of hard to be swapping machinery like that, and jumping from manufacturer to manufacturer," Miller said.

"It's different [to before]. I think you need two-three years, and when you're talking getting well into your 30s, two-three years becomes a long time - unless you're Valentino Rossi.

"It's so hard because the biggest thing is understanding how the tyres work on each bike, how each bike works, what are its strengths - and you can't do that in winter testing.

"You need racing, you need experience, and it's kind of hard to do it." 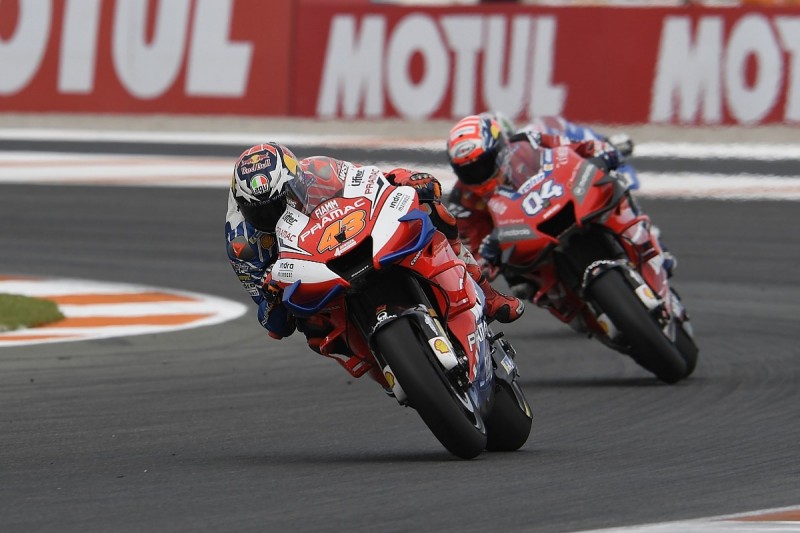 The desire for continuity was pivotal in Miller turning down the option to replace Zarco at the works KTM squad to instead continue riding a satellite Ducati, with a view of earning a factory team promotion.

This remains Miller's goal for 2021, which he expects to bring with it a grid reshuffle - with a number of MotoGP mainstays potentially set to retire.

"For me, my main goal is to go to the factory Ducati [team]. If we can't go there, for sure there's other seats," added Miller, who will once again have machine parity with the works Ducati riders in 2020.

"I think it's a necessary time, there's a few guys getting around now who are on their last contracts, it's quite good to see some fresh blood coming - everyone wants to see the old guys, but it's also really nice to see some new guys coming in and doing really well."

Yamaha was hindered by "internal islands" before 2019 MotoGP season