Maverick Vinales says he has 'incredible' pace at Yamaha

Vinales was quickest in each of the four off-season tests after joining Yamaha from Suzuki, the Spaniard setting the pace at Valencia, Sepang, Phillip Island and, most recently, in Qatar.

While the Spaniard has played down talk of needing to kick off the season with a victory at Losail later this month, he said his form means it is a realistic target on his Yamaha debut.

"Our goal is trying to win because after the test we are seeing that we have an incredible pace and we want to try to continue on that level," he said.

"We must work for the win, but we don't think must-win - it's just the first race, we have to get experience.

"We've been working really good - I know with one lap I can be really fast, and I was feeling really strong at the end [of a race simulation].

"I could go a little bit faster even - maybe it was too risky, but we ended the test in a good way."

While Vinales has been reluctant to speak of himself as an early-season favourite, several of his fellow top riders have noted that the Spaniard looked to be a step ahead in Qatar. 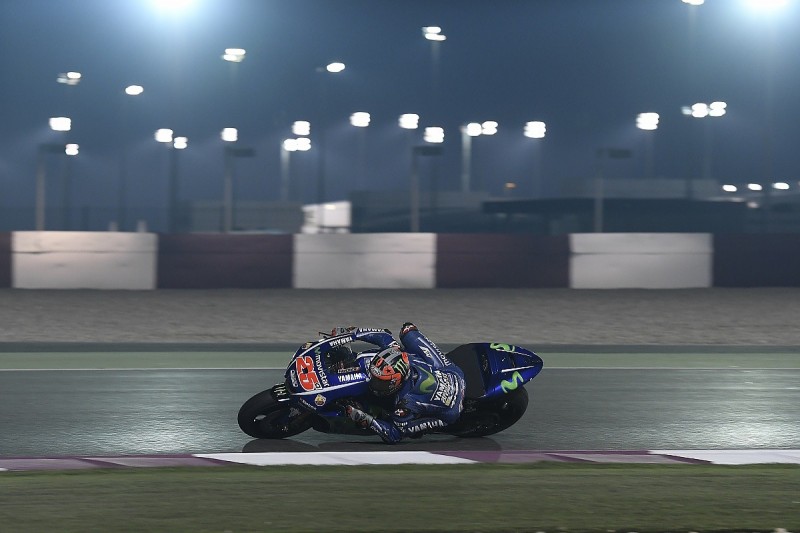 Ducati's Andrea Dovizioso, who topped the opening day of the 2017 test before Vinales headed the two remaining days, said after running concluded: "I'm quite happy, not too happy.

"The pace is quite good but the comparison with Maverick is not that good.

"I believe he was able to make a better lap time if he really wanted to push."

Dovizioso's new teammate Jorge Lorenzo, who Vinales replaced at Yamaha, echoed the sentiment: "Vinales is very strong, and I don't think it's just the Yamaha, as he's ahead of the other Yamaha riders."

Reigning champion Marc Marquez of Honda said: "There's a rider, Maverick, who is ahead on this track - but after him I think we are there to fight."