Maverick Vinales says the new '2018 prototype' chassis introduced by his Yamaha MotoGP team allows him to feel more "relaxed" on the bike, in addition to improving rear tyre drop-off

Yamaha, plagued by inconsistent form this season, trialled the prototype in a private test at Misano in late August - and it is understood both Vinales and factory team-mate Valentino Rossi raced it at Silverstone.

The British Grand Prix marked a return to form for Vinales, who, having finished no higher than third in the five preceding races, came close to beating Andrea Dovizioso to victory.

Asked about the new chassis after the opening day at the San Marino GP, Vinales said: "For my riding style, especially in the entry of the corner, I feel more comfortable on the bike.

"So it's always good when you make a change and you feel more relaxed, more constant every time."

Asked whether the new chassis helped address the rear tyre woes that held him back in Austria two rounds ago, Vinales said: "Yes, a little bit, a little bit.

"Especially, like we saw in Silverstone, I could do really good lap times at the end.

"This helps to make the tyre life a little bit longer, so that's really good and something you can use a lot, especially to improve yourself lap by lap." 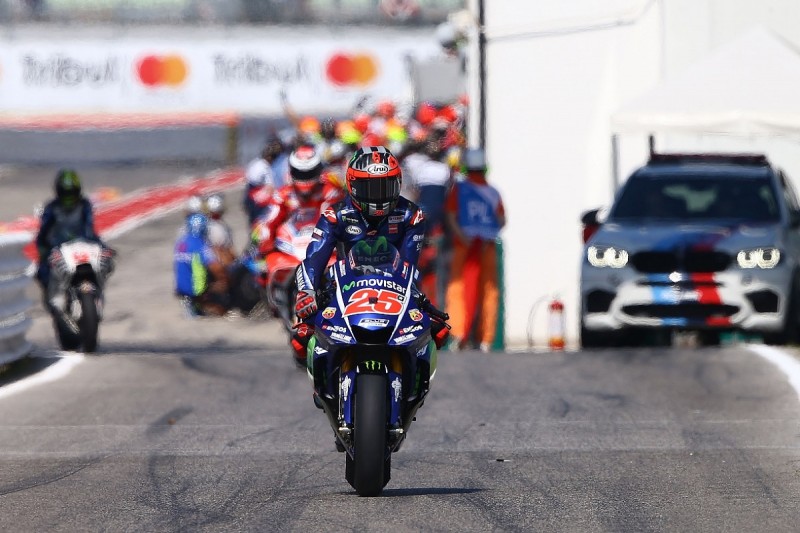 Vinales was only eighth in the opening practice of the Misano race weekend, but finished Friday just 0.005s off the pace.

He admitted he was initially caught out by the conditions at the circuit being different to what he had experienced in the August test.

"It confused a little bit because the grip [in the test] was so good that I didn't have to push so much on the gas, I can just go [with] a lot of speed through the corner," said Vinales.

"Now to make the speed on the corner is very difficult because the behaviour of the bike is not the same as on the test.

"So we have to try to get this feeling because we were really fast."