Martin had “fear about my life” in Bagnaia Qatar MotoGP crash

Jorge Martin says he had “fear about my life” in the tangle with factory Ducati MotoGP rider Francesco Bagnaia which took both out of the Qatar Grand Prix.

Martin got a terrible launch from pole position and slid to eighth on the opening lap, while Bagnaia went from ninth to 16th at one stage.

The latter managed to recover positions into the top 10 by mid-distance and tried to overtake Martin into Turn 1 on lap 12, but he tucked the front on the entry to the corner and wiped both out of the race.

Martin says he has some pain in his right hand and admits he feared for his life in the incident.

“I have a lot of pain in my right hand, so we will check it tomorrow in Barcelona,” he said. “I hope nothing is broken and we can race well in Indonesia.

“Actually, it was the first time I had fear about my life because I was really fast into the gravel between both bikes.

“I think I pushed Pecco’s bike with my hand and there is where I had the pain. So, it’s just the big finger I have pain and let’s check tomorrow if it’s OK.”

For Bagnaia’s part, he says locking the front of his Ducati while trying to pass Martin was “strange” and apologised to the Spaniard.

“I was recovering positions but my speed was not so high,” Bagnaia said. “And I was losing too much time in the acceleration, and we have to understand why.

“I was a bit late to entry [into the corner] on Jorge, but the braking was not too hard.

“So, it has been quite strange to have this front locking in this moment. I have just to say sorry to Ducati and to Pramac and Jorge.” 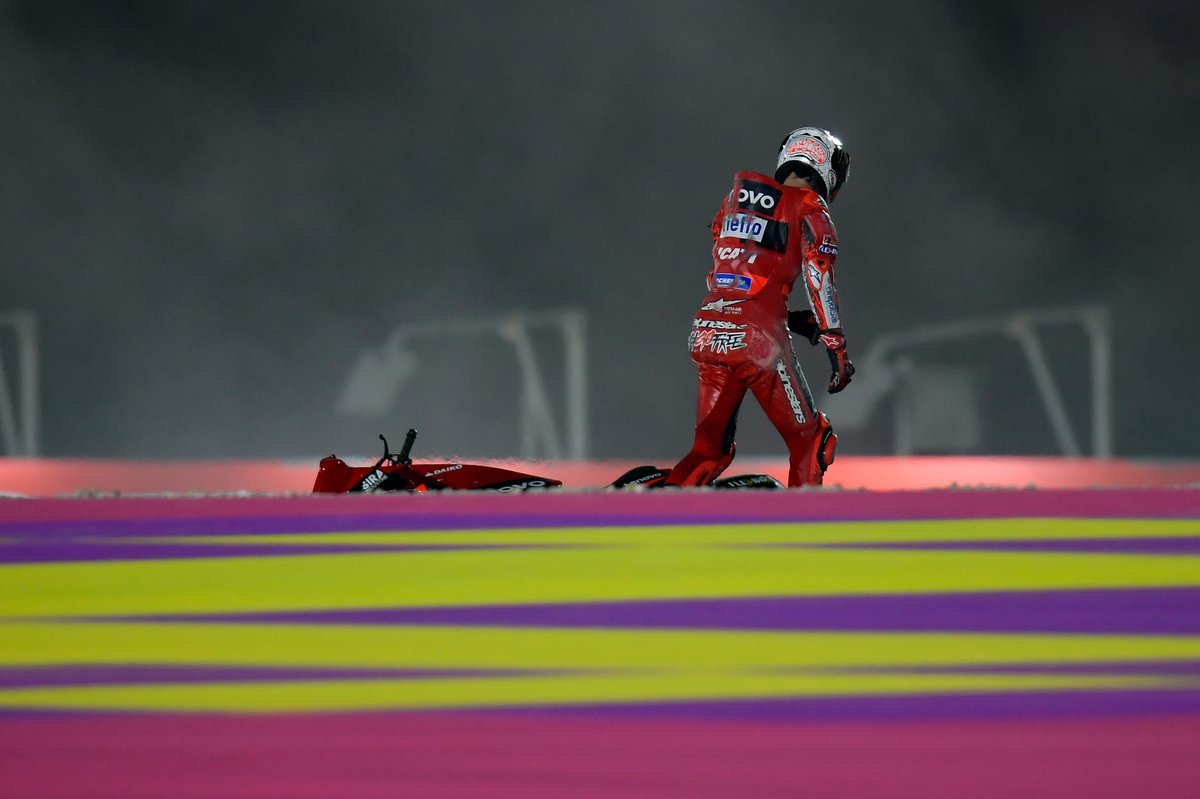 Martin added that he isn’t angry about the crash, but more about the fact he “wasn’t competitive today”, while admitting the 2022 Ducati seemingly “doesn’t have a strong point now” compared to its rivals.

“The crash sometimes happens, so just I am angry because we weren’t competitive today,” he said.

“I was expecting to fight for the podium, or even the victory today but the pace wasn’t there. We had some issues and we need to understand.

“I could not overtake even the Aprilias or the Suzukis, so I don’t know exactly which is our strong point now.

“We don’t have a strong point, so we need to understand well and try to improve because today I could finish seventh, eighth. That was the maximum today.”