Data from Marc Marquez's frightening high-side crash in Thailand Grand Prix MotoGP practice reveals he hit the asphalt with a 26.14g impact and that the accident lasted 4.81 seconds 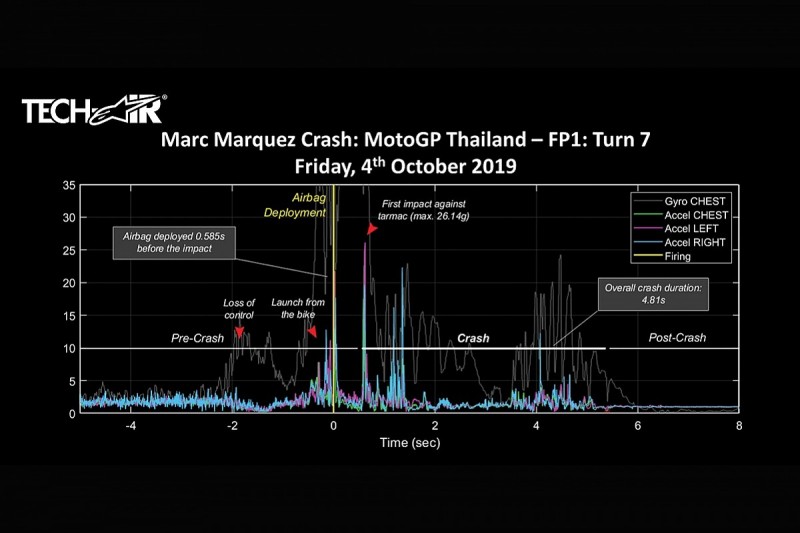 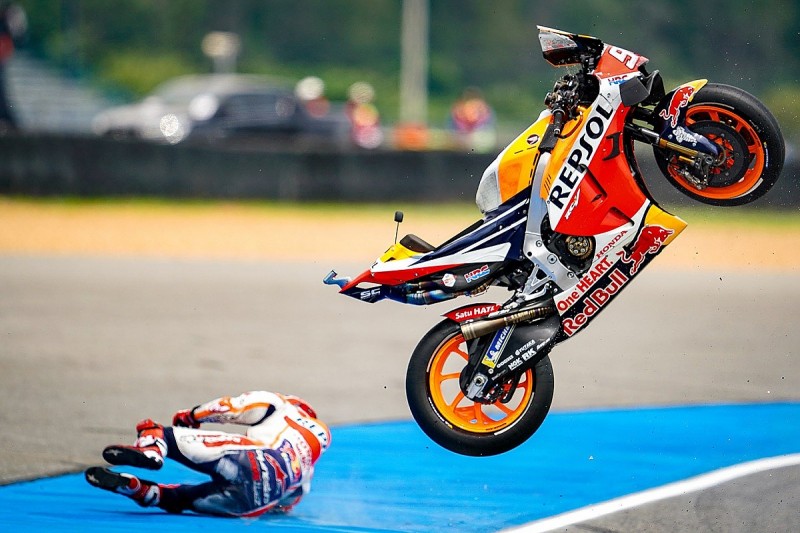 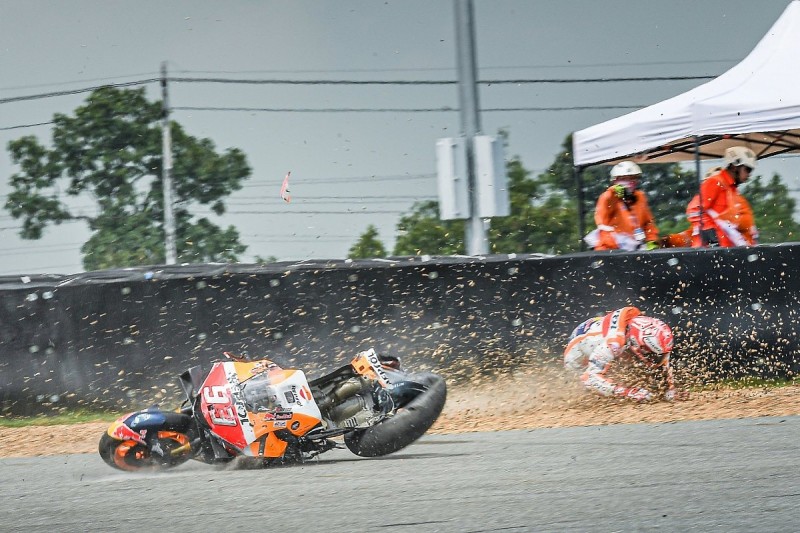 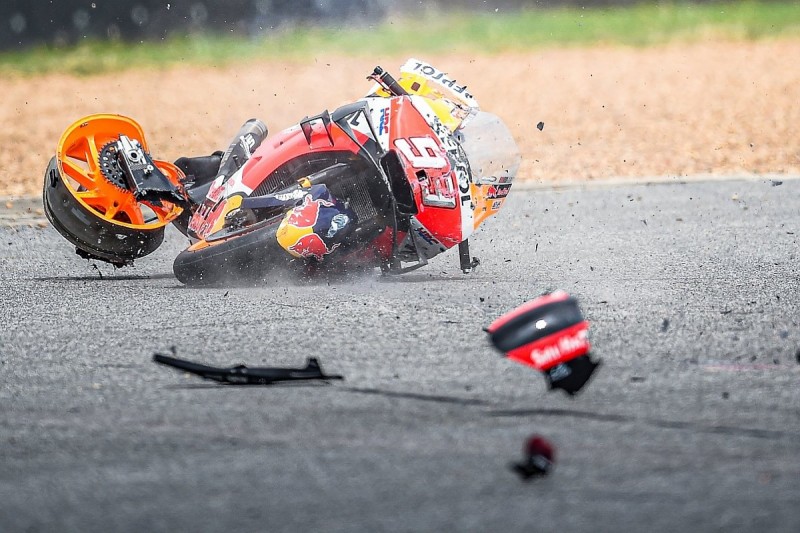