The six-time MotoGP world champion broke his right arm in a crash during the opening round of the coronavirus-delayed 2020 season at the Spanish Grand Prix.

Staging a comeback at the next Jerez race, Marquez ultimately abandoned this before requiring a second operation having damaged the plate inserted into his humerus bone.

Though Honda always left the door open for a return, Marquez never came back as his recovery process slowed, with question marks now surrounding the Spaniard's participation at the start of the 2021 season.

"The situation is what we have explained," Puig said ahead of the Portuguese GP when asked for an update on Marquez's recovery.

"I cannot tell you something I don't know because, first of all, I'm not a doctor and second of all I don't have a crystal ball.

"But what we explained is based on the programme that we decided together with the doctors and hopefully it will be OK.

"It has been clearly a slower process than we expected and of course we wanted. But it has been like this.

"Basically, this is the story, I mean I know we have been trying to explain race by race the situation because we always had the hope that Marc would join during the season. 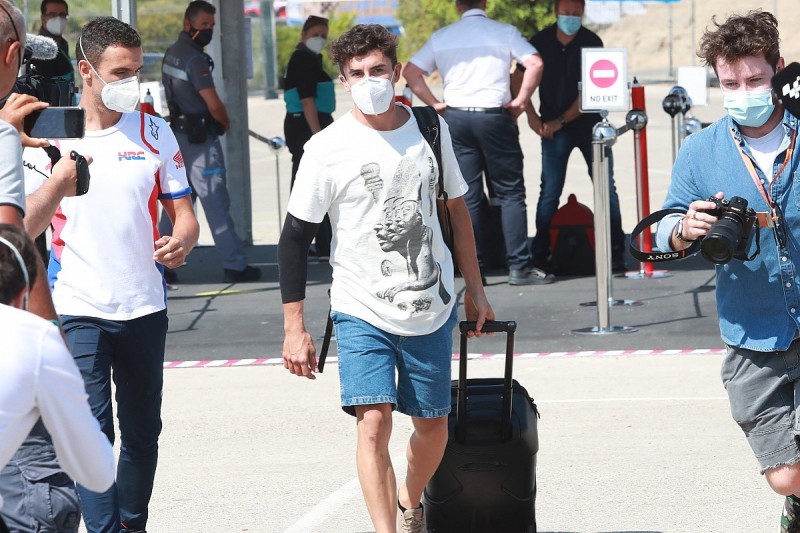 "That's why we didn't say 'OK, see you next year'. We have been trying to keep the situation, but by the end of the year there was no time and that's when we announced it was impossible.

"So, we hope in the next weeks, month we can say the rider is back to full fitness.

"But unfortunately, I can't answer that, we just hope."

Reports in the Spanish press emerged last month stating Marquez may need a third operation to have a bone graft.

A further report from Spain's El Pais Deportes stated Marquez will take a decision on whether to have the third operation by 1 December.

Should he opt for the surgery, a six-month recovery time is expected, which would rule him out for the start of the 2021 season.

In this unfortunate circumstance, it would open the door for Andrea Dovizioso to return to action with Honda, with the Italian taking a sabbatical in 2021 and remaining a free agent.

Marquez's absence this year played a significant role in Honda enduring its first winless MotoGP season since it returned to the premier class full-time in 1982, with the Japanese marque second-to-last ahead of Aprilia in the constructors' table.

HRC did have some podium success, with Alex Marquez taking a brace of second-place finishes at the French and Aragon Grands Prix, while LCR's Takaaki Nakagami scored a pole position for the Teruel GP on his 2019 RC213V.