Alex Marquez says the “key” to his recovery from 19th to sixth in the MotoGP French Grand Prix was his 'risky' early laps on slicks when rain started to fall.

The LCR Honda rider was one of the big beneficiaries of the flag-to-flag conditions in last Sunday’s Le Mans race, having been able to leap up to sixth during the pitstop phase at the end of lap five.

Marquez started that lap 11th having come from 19th on the grid and says the risks he took to make up ground on slicks when rain started to fall was the main reason for his best result of the season.

“[It was] a good day for us, especially with these changeable conditions that we had during the race,” the younger Marquez brother said.

“So, I was there, really trying to be really smooth in the beginning.

“But the key point of the race I think was when it started raining and still we were with the dry tyres. 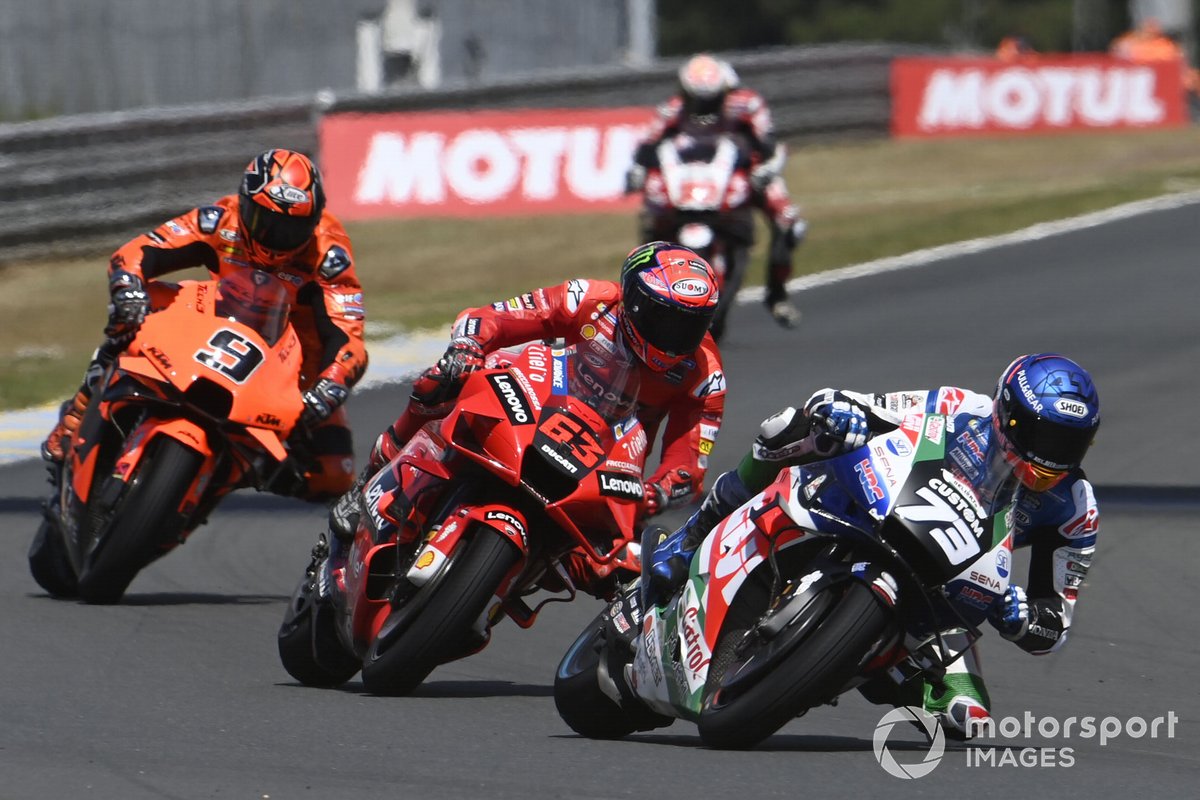 “In that lap I took a lot of risks and made up a couple of positions.

“So, that was the key of the race. Then it’s true that I went out with medium front and soft rear and it was the right decision for those conditions.

“But, unfortunately, in the end it was too dry on the track [for the soft rear].

“It’s true that eight from the end there was the possibility to go in and get slicks.

Marquez hopes this result will act as a springboard to better form as the season progresses having endured a tough start to 2021.

However, he feels he still needs to improve front-end confidence on the 2021 Honda to make any real step forward in dry conditions.

“I think in dry we need to make a lot of work and I need to work a lot on my riding style,” he added.

“So, in Mugello we will try to understand why more, and maybe there is the beginning of that feeling coming better.

“So, we hope from FP1 to be a little bit more competitive.”