Maverick Vinales says Yamaha team-mate Fabio Quartararo had “enough courage” to push on slicks when it was wet in the MotoGP French Grand Prix, which is why Vinales lost touch.

Vinales led the race briefly in the early laps on slick tyres in Sunday’s flag-to-flag Le Mans race, but dropped to fifth just before the pitstop on lap five when he made an error at the Chemin aux Boeufs esses.

He continued to lose ground to the leaders, coming into pitlane close to 20 seconds adrift.

Vinales went on to finish 10th having struggled for grip in the drying conditions on his Yamaha while Quartararo finished on the podium in third.

But Vinales believes that his lowly finishing position was more down to him lacking the same ability to push on slicks when it was wet compared to Quartararo, rather than any bike issue.

“I just think Fabio had enough courage when it rained on slicks and he just took out of us 20 seconds,” Vinales, now 24 points off championship leader Quartararo, said. 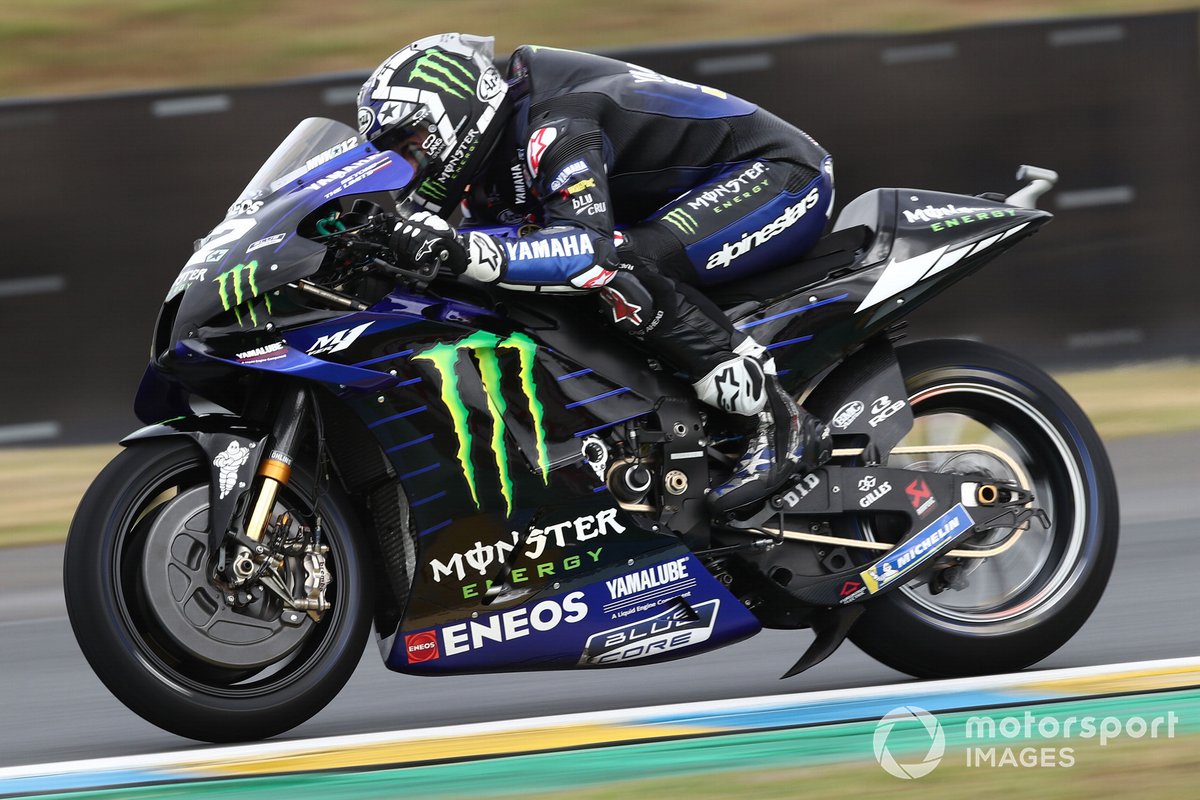 “So, the problem was there, not anymore problems with the bike.

“So, I think the problem was that and I just lost too much room. It’s my mistake, the bike is working well.”

He added: “We weren’t the luckiest today. We made a good start, I’m happy for that.

“Honestly, I end the race with positive vibes because on the dry session we go back to our full performance, and I think if the conditions were normal, it was a good race for me to do my own rhythm and pull away.

“I felt fantastic with the bike, but after that I just made a mistake at corners 9/10 and I just lose Marc [Marquez] and Fabio and [Jack] Miller.

“Then I was in the hands of nowhere, so I didn’t know if the track was wet or not and I didn’t have the ability to do this.

“So, finally it was totally my mistake. After that I tried to recover placed but it seems that our bike with low water on track was not working at the maximum.

“We know in full wet the bike is working well, but with less rain on track it’s a little bit complicated.

“But no excuses, today I made a mistake and we paid for it.”