Marc Marquez says he “lost all confidence” to push in MotoGP Emilia Romagna Grand Prix qualifying following a “lucky” save at the start of Q2 having already crashed in FP4.

The Honda rider was one of seven riders to crash during the FP4 session ahead of qualifying, which was run on slick tyres on a Misano track that was still damp in places and incredibly cold.

As he pushed for his first time attack lap in Q2, Marquez was almost thrown from his bike at Turn 2 in what he described as purely a “lucky” save.

By now his confidence had taken a battering and when he pushed for a lap time on his final flying lap, he crashed at the Turn 6 left-hander, leaving him seventh on the grid.

“Yeah, I mean today was a difficult day,” Marquez said when asked by Autosport how his Turn 2 moment affected him.

“I would say that our qualifying practice started in FP4. In FP4 already I crashed when I put the slicks on because I touched a wet part and I didn’t see where.

“After this save… that was lucky. I cannot say I did this, this and this – no, it was lucky.

“And after there was a big pain on the shoulder on the next 30 seconds, but for the qualifying practice it was not a real limitation.

“It was more the feeling with the bike. After all those moments I lost all the confidence and then I was not riding well.

“But like this I did an acceptable lap time, and then I said ‘Ok, I will wait until the last lap’ because the feeling was not good.

“But when you don’t have the feeling and it’s necessary to push for a lap time, then sometimes something can happen like this that you push without feeling and I lost the front.” 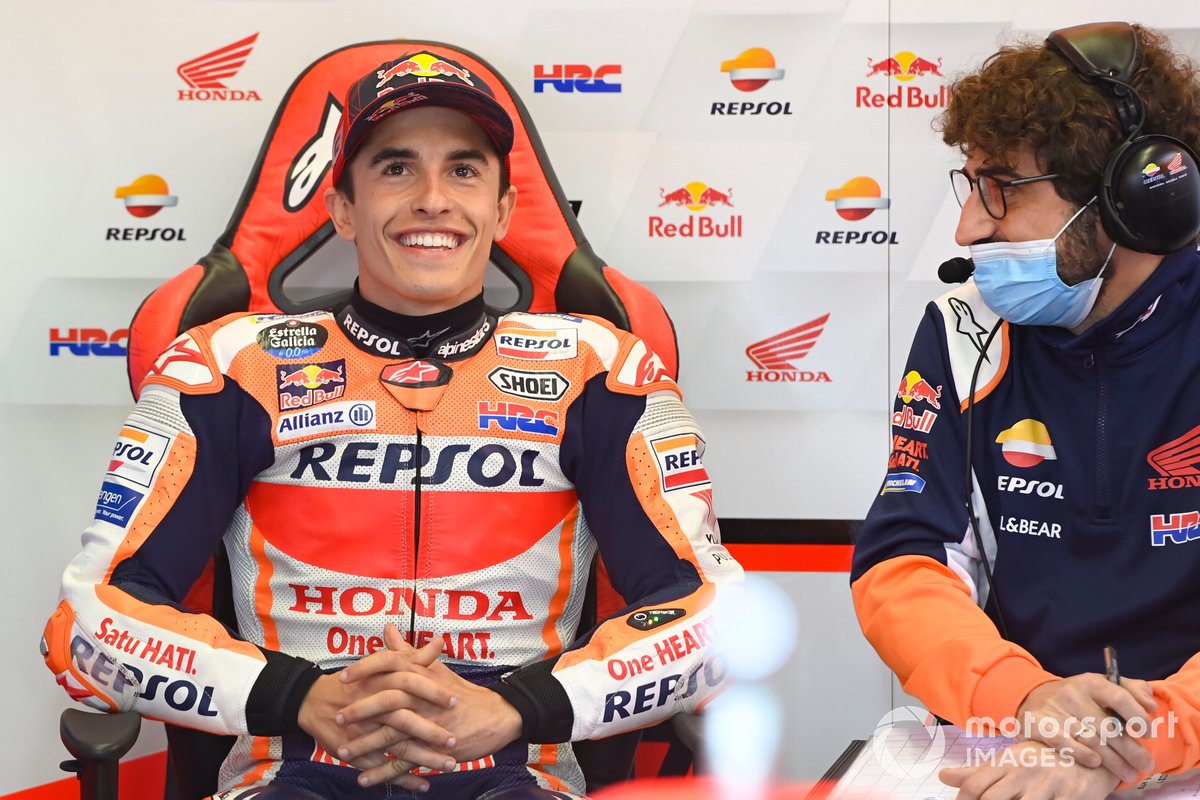 Marquez felt he had the pace to at least bag a place on the first two rows, and admits that he doesn’t have the pace to fight for the podium on Sunday even if he can regain his confidence on the Honda.

“But I mean [I’m] not happy, [it’s] an acceptable result for the race start,” he added.

“But it’s true that today we were able to start at the minimum on the second row.

“But it’s like this and tomorrow it’s important to get again the confidence.

“Even if we get the confidence, we are not able to fight for the victory, even for the podium, but to finish in the top five would be a good race.”