As riders were making practice starts as normal after the chequered flag, Iannone stopped behind Marquez and made contact with the Honda's rear wheel.

Marquez, whose practice start was ruined as a result, was visibly annoyed with the Suzuki rider after the incident.

"I was a little bit angry because I lost my practice start," said Marquez.

"Maybe he wanted to play but I don't want to play now, I want to fight for the championship.

"I went out with the bike just to practice the start but OK, it was not the time.

"With Iannone always we play a little bit but now I don't want to play because I want to concentrate on the championship." 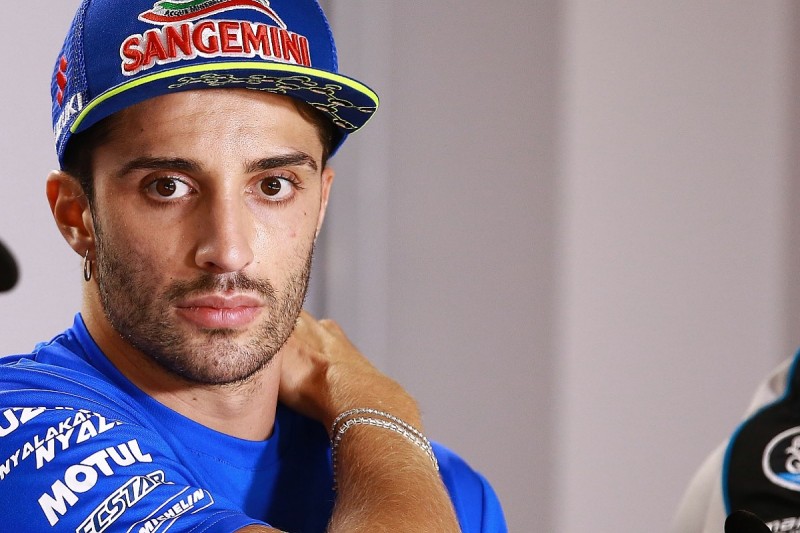 When asked for his viewpoint on the incident, Iannone said he expected Marquez to move slightly earlier.

"Marc tried the start, I arrived [behind him], I thought Marc was starting very soon," said Iannone.

"So I waited a little bit and then I touched him at the last moment."