In the closing stages of Saturday morning practice, Rins found himself outside of the top 10 places that a rider needs to be in at the end of FP3 on the combined times to secure direct passage into the pole position shootout session in qualifying.

Pushing on one of his final efforts to try and lift himself out of 12th, Rins came across a slowing Marquez through Turn 4 and on the racing line into the Sito Pons right-hander of Turn 5 - with the Suzuki forced to pull up.

Visibly frustrated, Rins bailed at the end of his final effort, which was registered as a 1m40.5s following a 1m37.307s the lap before, while laptime analysis provided by MotoGP shows Marquez's last lap was a 1m44.480s.

MotoGP confirmed the investigation via social media with this brief statement: "Incident involving #MotoGP riders #93 [Marc Marquez] and #42 [Alex Rins] in FP3 is under investigation."

Rins missed out on an automatic Q2 place by just over a tenth of a second and will face the first part of qualifying this afternoon, while Marquez ended FP3 fourth overall.

However, Autosport understands Marquez provided evidence that he lifted for a yellow flag being waved, and thus Race Direction has decided no further action needed. 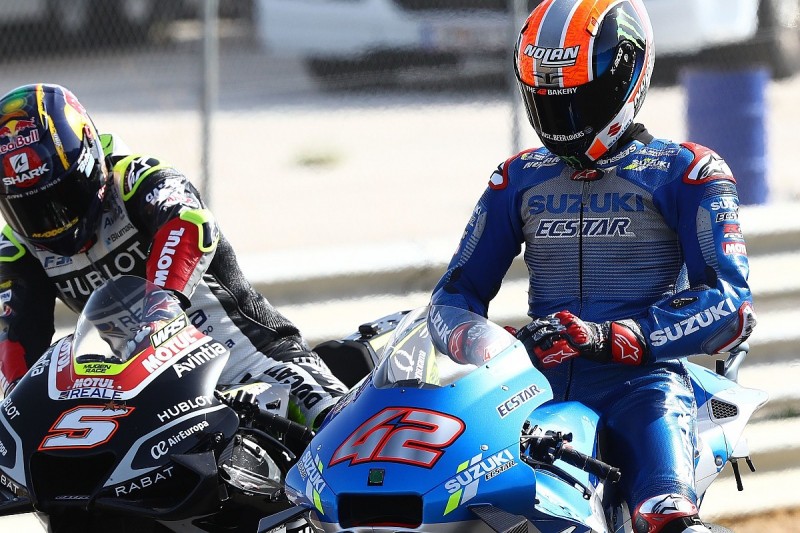 The Honda rider suffered a penalty for a similar act last year at the Circuit of the Americas, when he accidentally impeded Yamaha's Maverick Vinales while he was on a flying lap.

In recent years MotoGP has taken a harsher view on touring on circuit in the Moto3 class, issuing aggressive penalties for repeat infringements, with riders facing a race ban should they transgress the rules on four occasions in any session of a race weekend.

Fabio Quartararo topped this morning's FP3 session with a new lap record of 1m36.806s on the Petronas SRT Yamaha, with Pramac's Jack Miller and the second Suzuki of Joan Mir trailing the Frenchman.