Around 10 minutes after Rins set his lap, Pramac Ducati's Jack Miller took over top spot on the individual FP3 timesheet with a 1m37.375s, which moved him into third on the combined times.

The first major improvement came from Joan Mir on the sister Suzuki, who fired in a 1m37.333s to better Marc Marquez's best time from Friday's running.

Mir's run at the top of the standings was short-lived, however, as Quartararo took over with a 1m37.182s with just over 20 minutes to go.

The Petronas SRT rider - who said on Friday that the 2020 Yamaha is not as easy to ride as its predecessor - proceeded to dip underneath his outright lap record set last year in qualifying with a 1m36.806s.

Quartararo's laptime came under threat in the closing stages, with Mir getting to within 0.102s on his final effort.

Miller posed the biggest danger to Quartararo's time, but would miss out by just 0.052s with his 1m36.858s in second spot.

Reigning world champion Marquez was fourth on the Honda, though may find himself under investigation by race direction after appearing to impede Rins late in the session. 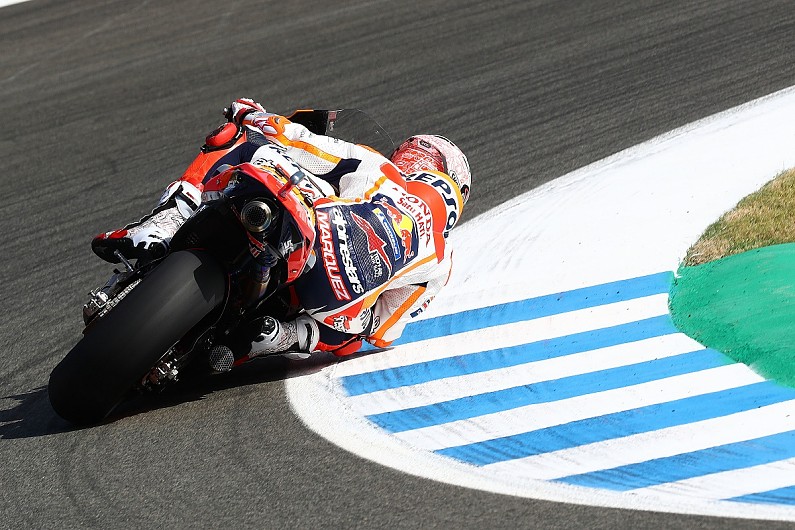 Maverick Vinales rounded out the top five on his works team Yamaha, with Crutchlow heading Franco Morbidelli on the second SRT M1 and a late-improving Valentino Rossi, who said after Friday he was "never fast" in practice.

Francesco Bagnaia clung onto a direct spot in Q2 in ninth on his Pramac Ducati, with Andrea Dovizioso sneaking into 10th at the death by 0.038s to push KTM's Pol Espargaro into Q1.

The surprise scalp in FP3 was Rins, who was shuffled out of the Q2 places into 12th in the end, with the Suzuki rider edging ahead of Danilo Petrucci (Ducati), Takaaki Nakagami (LCR) and Johann Zarco (Avintia).

Tech3 rookie Iker Lecuona was the only crasher, the Spaniard suffering a low-speed off at Turn 2 in the closing stages.