Marc Marquez has revealed he considered halting his MotoGP comeback following the Spanish Grand Prix, but his doctors advised him it was best to continue racing.

The six-time MotoGP world champion returned to action last month in Portugal after a nine-month layoff caused by a badly broken right arm in the 2020 Spanish GP.

Marquez scored a seventh in the dry in Portugal and ninth at Jerez and has been struggling to ride in his natural position on his Honda due to pain in his right shoulder from a previous injury.

Speaking ahead of this weekend’s Italian GP at Mugello – which he anticipates “won’t be the best weekend” due to the physical nature of the track – Marquez revealed he considered stopping his comeback after Jerez owing to the pain coming from his shoulder.

“No, in fact we speak and was a possibility for example after Jerez to stop again,” he said when asked if he thought he returned to racing too soon.

“And we considered and we spoke with the doctors and everything, but in the end even the doctors said it was good to reintroduce in my life, in my racing mode, riding a bike that is a MotoGP – because you can ride a lot of bikes, but in the end you need to ride the race bike if you want to improve.

“The thing is when you break the humerus, the humerus is connected to the shoulder I already had the surgery on in the past and maybe was not 100%, but was working well like in 2020 in Jerez.

“Now the humerus is ready to push, but now when you do another step after this big injury, then small things are coming. 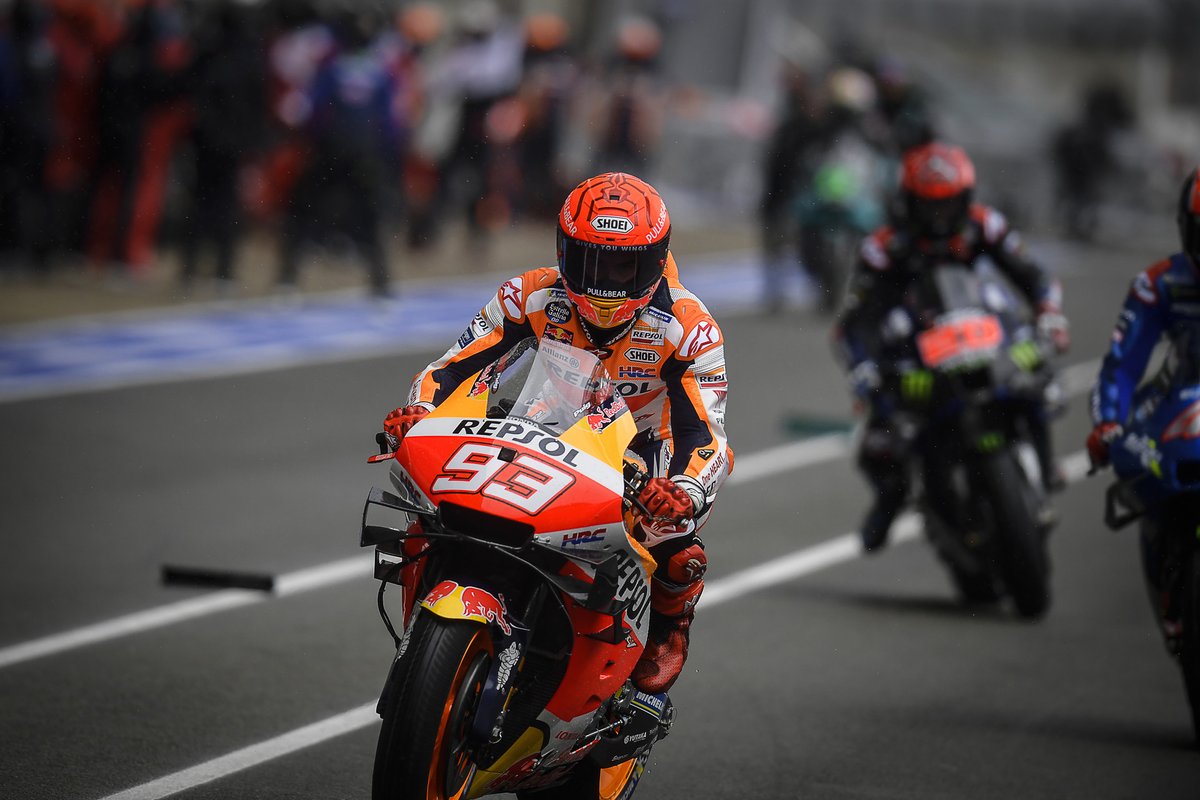 “This doesn’t mean the shoulder is in a really, really bad situation.

“I mean, the shoulder has something that is not working in a proper way and we are trying to understand why during the weekend the pain is coming more, at home also, the pain is there always.

“We need to understand that, but the doctors say it’s normal after a broken humerus that the shoulder or the elbow is affected, and it’s true there are some things that are coming more from the shoulder that are disturbing me more when I’m riding.”

Marquez was able to increase his training in the build-up to the Italian GP by riding a 600cc Supersport bike in a bid to understand his riding position – and found he can’t ride using his normal body position because of the pain in his shoulder.

“I was riding this kind of bike to understand how was my situation and my position on the MotoGP bike, I’m not riding well, I’m not in a good position,” he added.

“So, we are checking all the things at home and here in the circuit to understand our future.”

Pramac signs new MotoGP deal with Ducati through to 2024