Luca Marini has praised his Valentino Rossi team for giving him “perfect bikes” to qualify third for the MotoGP Argentina Grand Prix after it was severely affected by freight delays.

The VR46 Ducati squad was one of the teams hit hardest by the freight delays which caused Friday’s running at Termas de Rio Hondo to be cancelled.

The team only took delivery of its bike and equipment in the very early hours of Saturday morning and had to get everything set up in just eight hours before FP1 got underway.

Having ended practice 10th overall, Marini stormed to the second front row of his MotoGP career and the first for VR46 when he guided his 2022-spec Ducati to third.

“My team did an amazing job, so thanks to them and thanks to Ducati because they prepared – for me – two perfect bikes today and was not so easy for them because they did the work in just eight hours and normally they do it in two days,” Marini said.

“So, it’s great to be here, it’s a good result for them and they can sleep well. This is nice.

“Myself, I feel comfortable on the time attack always during this season, but we had some problems at the start of the season.

“Now I think we are going in a good direction, in a good way, we start to fix a lot. 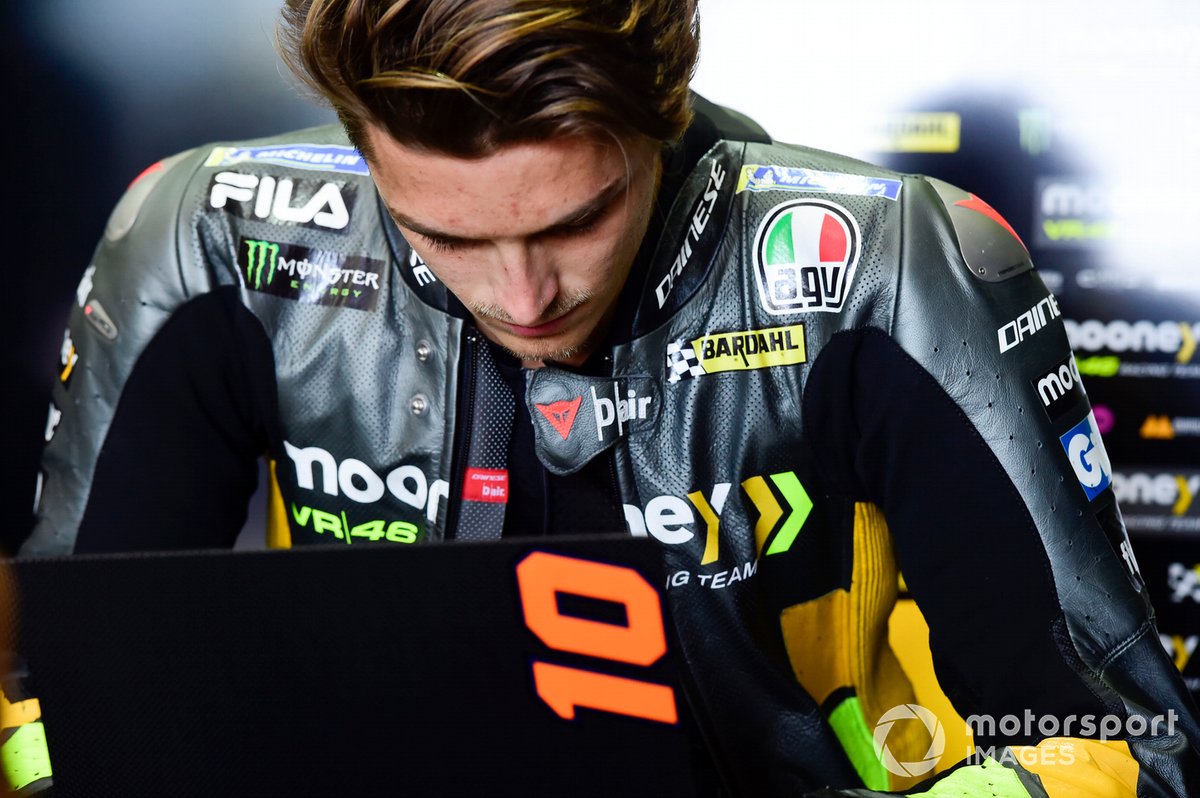 “The feeling from the start was really good, so I expected to be strong and fast in this track.

“I think the warm-up will be very important because with the used tyres I didn’t feel so well.”

Marini’s race pace in practice doesn’t suggest he will be a main factor in the battle for the podium on Sunday in Argentina and admits the bike’s electronics don’t do what he wants when running on used rubber.

“We started to work on the problems from the first test, especially after the Qatar race we had much data to understand the areas we needed to work,” Marini added when asked how his team has started to get on top of the GP22’s issues.

“And in just two races we are in a good shape now.

“Like I said, when I have to ride with used tyres the electronics side of the bike is not working as I want.

“So, we need to focus on this area in the warm-up to try to improve.”