The six-time world champion has been absent from the grid since May’s Italian Grand Prix at Mugello when he announced he would be taking time off to have a fourth major operation on the right arm he badly broke in 2020.

The surgery was a success and his recovery is progressing in a good way, with Marquez present this weekend at the Austrian GP to help his Honda team.

Speaking to the media on Thursday for the first time since his operation, Marquez says he will have a decisive check-up next week where doctors will determine the next phase of his rehabilitation.

And talking about when he expects he can return to riding, Marquez – who says his goal is to race again this year – will do so as soon as “I feel I can ride a MotoGP bike in a more or less good way”.

“It’s true that since the operation, the first six weeks I didn’t move my arm,” he said of his recovery.

“First six weeks, the doctors – and I was completely agreed – went in a conservative way, in a way that they tried to take care of all the things and if we needed to take one more week [to recover] then it’s better than being too optimistic.

“The first six weeks I was completely out, then the next two weeks I started to move my arm with a physio.

“Then from that point for the last four weeks, I started to work a bit with elastics. Now I start to increase a little bit the weight [in my training], but until next week when I have the doctor check that is when they will decide if I’m allowed to push more or not.

“And if they allow me to push more, that is when we will make a plan and we will understand immediately when I will come back.

“I’m conscious about how important this rehabilitation is, and if I need to wait one more week I will wait.

“It’s true that when I feel 70%, 80%, when I feel I can ride a MotoGP bike in a more or less good way I will come back because the last part of the rehabilitation, the best way is to be on the bike. You can’t wait to be 100% before riding a bike.” 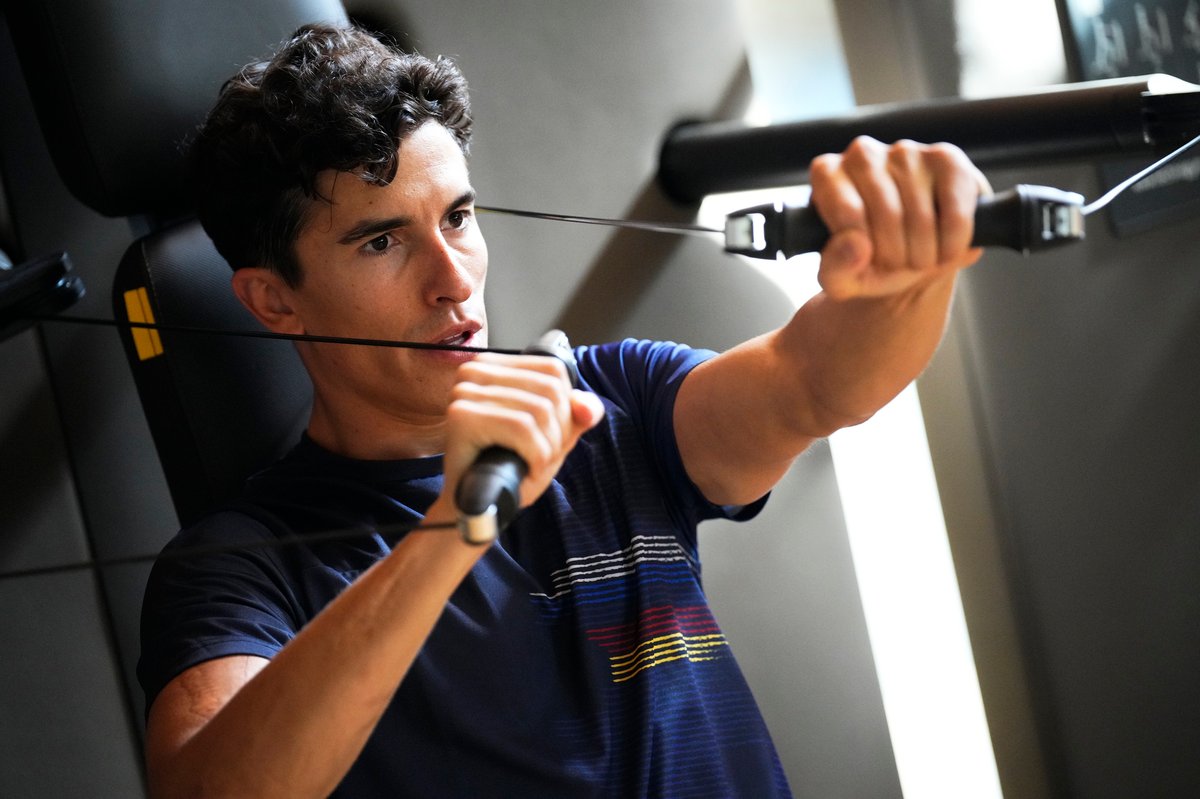 Marquez is back with Honda this weekend as he felt the last time he had a long spell on the sidelines he disconnected too much with what was happening within the team.

This is largely driven by Honda’s poor results this year, with it yet to add to Pol Espargaro’s Qatar podium with its problematic motorcycle.

Asked what he feels needs to change within the team looking ahead to 2023, Marquez believes it is “the concept” within which Honda has been operating lately.

“We speak all the time and when I say team, it’s not people – it’s concept, the concept of the team,” he says.

“They are working, the budget is there and you cannot say ‘no, you don’t do anything’.

“They are working. But when I saw changes in the team, it’s the concept, the coordination, trying to find the way.

“I’m not the guy to say ‘this is the way’, because Honda is the brand that has won more titles in the world and I’m here with Honda because I believe in them and I believe I can come back to the top with them.

“But, it’s true that they need to understand the way to organise well because every time we have more and more racing, less testing, the work in the factory becomes more important than at the circuit. But the circuit needs to work more together with the factory.”