Honda’s Marc Marquez says he “wants to fight for the title” in 2022, but concedes he is “maybe not ready” to do so in this weekend’s Qatar Grand Prix.

The six-time world champion comes into 2022 having full recovered from the vision problems which ruled him out of the end of the 2021 campaign.

However, the true physical state of the right arm he broke in 2020 and the resulting shoulder issues he suffered in 2021 remains unknown – with Honda boss Alberto Puig admitting last month that Marquez is unlikely to be 100% fit in 2022.

Ahead of this weekend’s start to the 2022 season, Marquez says simply being in Qatar is “already better than last year” as he missed the first two rounds.

“After the winter it was not clear [I would be in Qatar], but it was already really important to test in Malaysia, test in Mandalika,” he said.

“And after Mandalika already I felt a big step with my physical condition, so that was very, very important.

“Let’s see how is the way to start the first race. I will say that for 2022 I want to fight with all these guys for the title, for the first GP maybe I’m not ready.

“But during the weekend we will understand where we are.” 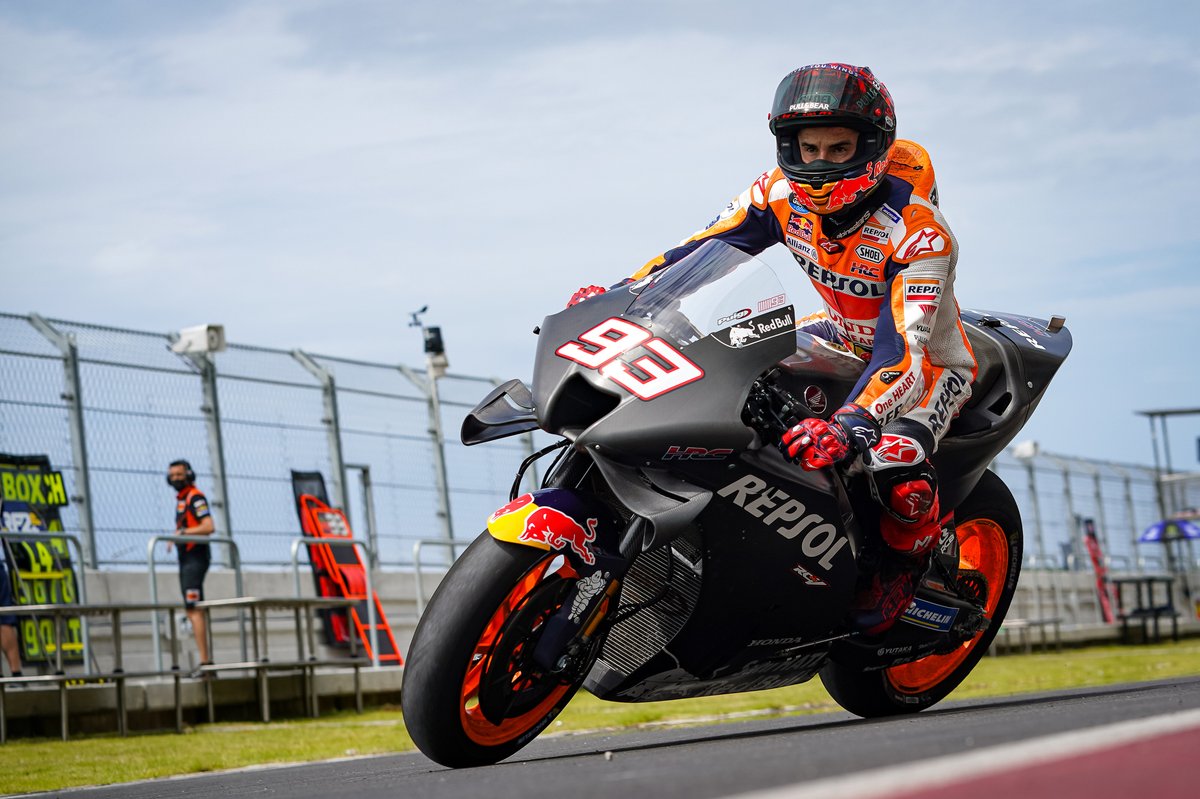 Marquez has only won once in Qatar, back in 2014, and says adding a second to his tally this weekend would be “like a dream come true”.

“During a season you have 21 different circuits, 21 different layouts and Qatar layout is not one of the best for my style,” he said when asked why he has only won once in Qatar.

“Also, in the past Honda was not very strong in this race track.

“I think this year the bike will be strong, I don’t know if I will be ready.

“But if we win here on Sunday we’re in a level we cannot imagine, it’s like a dream come true. But I think it’s too far.”

Honda has made the most radical changes to its bike over the winter following two tough years.

Marquez initially struggled to get to grips with the new RC213V in the first test in Malaysia last month, and admits he felt “like I changed brand” when he first rode the bike.

“They did a big step on the bike,” he added. “Honestly speaking I feel like I changed the brand because it’s a completely different bike.

“Since I arrived in Honda, more or less there were some improvements, but the character of the bike and the way to ride the bike was very similar.

“But now it’s a big change, Malaysia I struggled a bit, but I felt the potential.

“In one lap the lap time was coming, but then in Mandalika I tried to bring that bike to my riding style, and I felt a step.

“And during the first races we will try to find some things, but the base is nice, it’s good. But let’s see in qualifying practice, in race conditions where we are.”